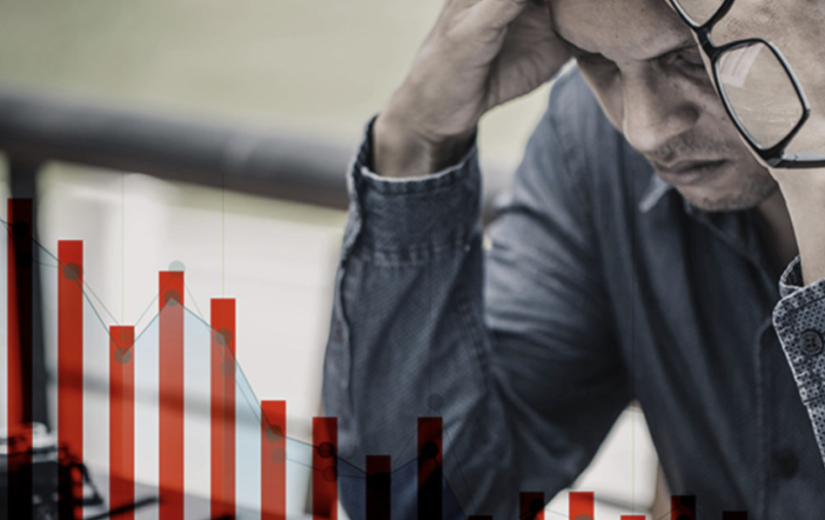 On February 28th 2020, the Lloyds Bank Business Barometer showed that economic optimism was at 23%, its highest level for seventeen months and firms were more upbeat about the expected impact of the UK leaving the EU. The same day the first official documented case of COVID-19 in the UK was recorded. Within two days, England, Scotland, Wales and NI had reported the virus was underway. One month later on March 23rd, amid the pandemic, the lockdown was called by Boris Johnson and the economy stopped functioning. Barely one month after that, millions have been furloughed from their jobs and 1.5 million are claiming Universal Credit (although not all have officially lost their jobs).

It is apparent that the economy, no matter what the government does, is not going to recover from a bounce-back.

Today’s Business Barometer from Lloyds Bank paints a dramatically different picture. It now reports that roughly 40 per cent of UK firms expect to lay off staff over the next 12 months, raising the prospect of many more job cuts in the UK economy.

The financial crash in 2008/09 caused a spike in unemployment and it took nearly a trillion in cash to reinflate the economy. Today, the gauge of firms’ hiring intentions fell into negative territory for the first time for since then, with 37 per cent saying they expect to reduce staff numbers.

It won’t be of any surprise to learn that close to a third of firms said they expected to freeze pay in the year ahead as well.

Overall, 74 per cent of businesses said they were being hit hard by COVID-19 crisis, although 10 per cent said the lockdown had benefited them. Only 20 per cent of firms said they expected to increase employment.

Companies were not optimistic about a quick bounce-back. Manufacturing firms were most pessimistic, with 22 per cent expecting their supply chain to return to levels seen before the outbreak within three months.

In the retail sector, 72 per cent per of firms thought supply chains would not return to normal in three months. However, in construction 45 per cent thought so, reflecting increased optimism in a sector that has seen some building sites restart.

Welsh and Scottish businesses have been particularly damaged by the coronavirus, according to the Lloyds barometer, with confidence falling on the gauge to minus 52 and minus 50 respectively

Paul Gordon, managing director for small and medium-sized businesses at Lloyds Bank, said: “April has shown the unprecedented impact of the shutdown for businesses across the UK with trading prospects and overall confidence free-falling across the regions.”

Britain’s household finances were weaker two months ago before the pandemic hit that they were two years after the financial crisis, leaving millions with unsustainable debt they are unable to repay. IHS Markit’s UK household finance index, which measures households’ overall perceptions of financial wellbeing, plummeted to a reading of 34.9 in April, with the biggest monthly drop since the survey was started in 2009, as the financial crisis raged.