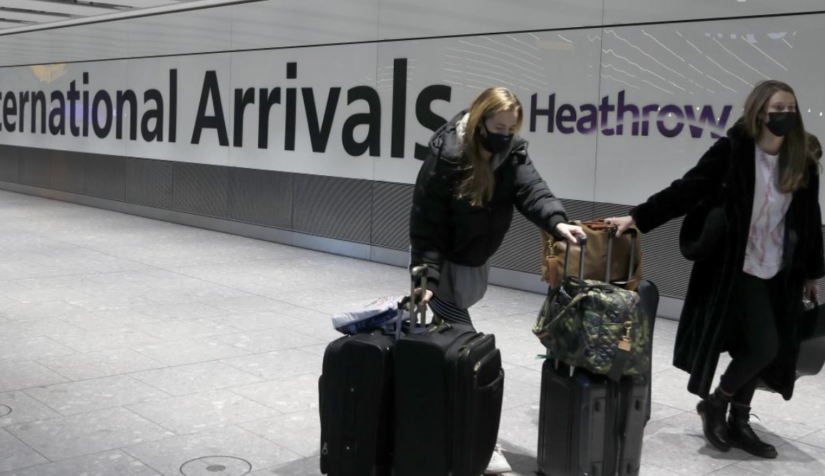 There is not a single country from any Western country such as Europe or North America.

Currently, the rolling 7-day average in the UK is recording 60 new cases of Covid-19 infection per million of the population.

In fact, the rolling 7 day-day average of Covid infections from the EU itself is 351. The total for the entire human race is 74 (source) albeit, it would be impossible to verify that statistic as accurate from many countries.

In Peru, the rolling 7-day rate of infection is 230 – and banned from travelling to the UK. That is unless applying for a travel visa as a holidaymaker – where your reason for entering the UK can be – “want to see Big Ben.” (source) . The source here is The Times which has a paywall – so here are some snippets from today’s article.

“Thousands of tourists are being let in to the country every day even though the government has tightened restrictions on British people going abroad.”

“Of the roughly 20,000 people arriving every day about 40 per cent, or 8,000, are tourists, according to figures compiled by Border Force staff.

“One visa was granted to a tourist from Peru who said on their application form that the reason for their trip to the UK was to “visit Big Ben”.

“At Gatwick and the Eurostar terminals, as many as 80 to 90 per cent of arrivals are tourists.”

So, anyone from Europe can arrive even though their infection rate is on average 585 per cent that of the UK but banned if from a country at 350 per cent – unless you’re a tourist that is.

Meanwhile – Thousands of British expat citizens are stranded in these same countries but because they are not ‘holidaymakers’ their only way home is to take a flight to say France (because flights are not going to the UK from red-flag countries) where the infection rate is 800 per cent that of the UK – mingle at an airport there for a few hours – fly to the UK – only to be forced to pay nearly £2,000 per person to be quarantined in a state selected hotel for 10 days. In addition, your chances of being infected with such a route (three airports, not two – two plane journeys, not one) are dramatically increased.

Is this not just yet another failure of Priti Patel’s department?