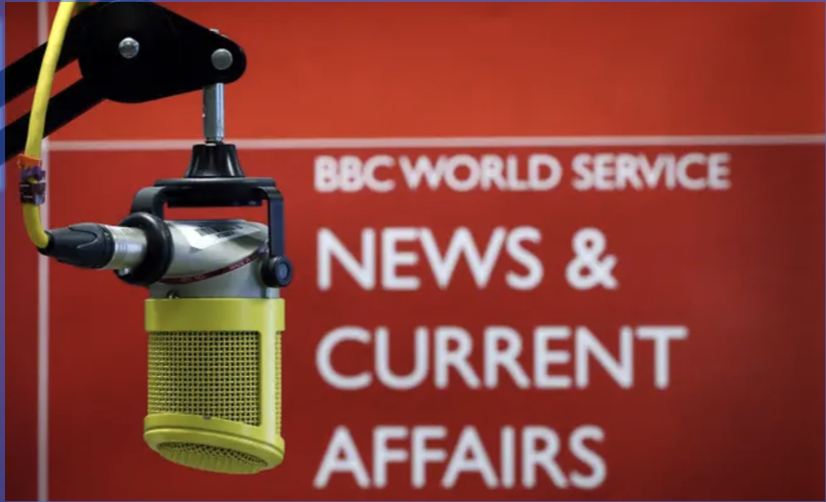 TruePublica Editor: In January 2015, the BBC warned the government that its global news presence will end up marginalised by overseas rivals such as Russia Today and al-Jazeera unless multimillion-pound cuts were reversed. The global news division included the BBC World Service, which had suffered big cuts. It was a stark warning that Britain’s global ‘soft-power’ was declining. In November that year, the taxpayer was quietly lumbered with an £85m bill. Lord Hall, the BBC Director-General of the day, welcomed what he described as “the single biggest increase in the World Service budget ever committed by any government.’ However, after the Brexit result, funding by the government accelerated very quickly.

In June 2017, the government had realised that the Brexit decision had severely damaged Britain’s reputation as a global player and it needed to do something about it.

In late 2017, the BBC quite unexpectedly introduced a whole raft of new services. It introduced a new digital service in Pidgin, an informal language derived from English and spoken by tens of millions of people in West and Central Africa, including 75 million in Nigeria alone. Pidgin and Afaan Oromo are among a dozen new tongues added to the BBC’s portfolio in the biggest expansion of the World Service since the Second World War, bringing the total languages broadcast to 40. Half of the 12 new languages are spoken in Africa, chiefly in Ethiopia, Eritrea and Nigeria, but the BBC also launched services aimed at North Korea, Russia and parts of India. New Arabic-language radio programmes for the Gulf and North Africa were added in May 2018. According to the BBC, which aims to extend its reach from 308 million to 500 million people by 2022, it is merely doing the non-English-speaking world some sort of favour.

“In a world of anxieties about fake news, where media freedom is being curtailed rather than expanded, the role of an independent, impartial news provider is more important than ever,” said Tony Hall, BBC director-general.

But the fact that the £289 million expansion has been paid for by the British government, suggests to some that the BBC, globally renowned for impartiality, has become an instrument of UK foreign policy.

“The evidence seems to suggest that the BBC World Service is an integral part of Britain’s foreign policy,” says Hakim Adi, professor of the history of Africa and the African diaspora at the University of Chichester.

The organisation Stop Foreign Intervention in Africa, which argues that “corruption and poverty in Africa can only be ended by breaking all neo-colonial ties”, also sees the expansion of the BBC World Service in the region as “an example of … ‘soft power’”.

The modern role of the BBC World Service as an agent of British values was set out clearly in the UK government’s National Security Strategy and Strategic Defence and Security Review 2015, in which the plan to fund the service was (again quietly) revealed. The UK government, it said, “will further enhance our position as the world’s leading soft power promoting our values and interests globally, with … institutions such as the BBC World Service”.

In an interview with The Guardian in 2017, Francesca Unsworth, the director of BBC World Service, seemed to validate concerns that the expansion was part of a new scramble for political and commercial influence in the world, especially Africa. “We are in danger of handing over the international media space to people who do not have our values … and are not impartial”.

The BBC began in what appears to be an open attempt to subvert the North Korean regime with a daily half-hour radio broadcast in September 2017. Ms Unsworth told The Guardian the shortwave programmes would go out in the middle of the night, so “people have the opportunity to listen under their bedclothes without telling the neighbours”. North Korean embassy staff in London, she said, “told us in no uncertain terms that they didn’t want us to launch this service”.

The power and the reach of the BBC overseas, says Dr Chris Prior, a lecturer in 20th-century history at the University of Southampton, “is definitely a legacy of Britain’s imperial past” and the BBC “has always been seen by the British government as a particularly effective force for ‘soft power’”. Now, he says, it is “understandable that a [British] government preparing for Brexit would seek to reverse previous cuts to the World Service in order to try to re-engage with other parts of the world that Westminster and Whitehall now believe to be of increased importance after Britain’s departure from the EU”.

The government has always been aware of the power of the BBC. During the Suez crisis, the BBC was threatened by the government it would be nationalised if its reports were not more positive as the crisis unfolded.

It is not as if the exploitation of soft-power abroad through international news services is new. Only this week, it was made public that the British government had secretly funded the Reuters news agency in the 1960s and 1970s at the behest of an anti-Soviet propaganda unit linked to British intelligence. It concealed the funding by using the BBC to make the payments, declassified government documents show.

The full extent of influence that the government was able to exert over Reuters news in return for its extensive investment is unclear from the documents. However, the documents do illustrate the level of involvement the government once had in Reuters’ and the explicit agreement to conceal the financing and gain “political influence” – also known as – propaganda. These same documents also show the Information Research Department (IRD), a British anti-Soviet propaganda unit with close ties to British intelligence, led the negotiations with Reuters.

“We are now in a position to conclude an agreement providing discreet Government support for Reuter services in the Middle East and Latin America,” according to a redacted 1969 British government document marked “Secret” and entitled “Funding of Reuters by HMG”.

And how important is the BBC to Britains global soft-power image? The power and the reach of the BBC overseas, says Dr Chris Prior, a lecturer in 20th-century history at the University of Southampton, “is definitely a legacy of Britain’s imperial past” and the BBC “has always been seen by the British government as a particularly effective force for ‘soft power”. Now, he says, it is “understandable that a [British] government preparing for Brexit would seek to reverse previous cuts to the World Service in order to try to re-engage with other parts of the world that Westminster and Whitehall now believe to be of increased importance after Britain’s departure from the EU.”