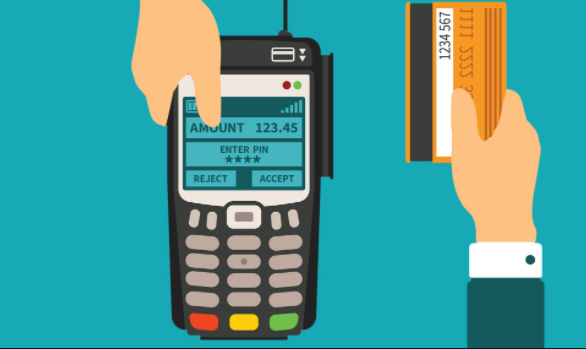 By Graham Vanbergen: In June 1967 the first cash machine in Britain appeared at a Barclays Bank in Enfield and then over the next three decades their use exploded onto every high street in the land. Today, 177 million cards are used to withdraw £180 billion in cash each year. In 1997, the one billionth transaction in the ‘hole-in-the-wall’ machine was made and today any number of transactions can be made through them.

But now there is now much talk across the world of the so-called cashless-society. Government and the banking industry likes the idea of a cashless society. Society trusts neither and and is rightly suspicious.

David Birch, an insider in the payments technology industry and advisor to the world’s biggest banks, estimates how the technology of money has continually evolved. He has written about predicting the future of dematerialised and multiple moneys, in which a distributed ledger (a key element of bitcoin) will track transactions made in thousands of different currencies.

Birch thinks that if your smartphone today can manage 50,000 contacts, the phones of the future will easily be able to handle exchange rates across borders, let alone automating and making payments for everyday life. We will, Birch concludes, eventually be able to “leave all this payment stuff to the internet of things.”

Interestingly, far from leaving society at the mercy of central bankers and politicians, Birch suggests that we should abandon central banks and state-defined money, in order to embrace alternative currencies, such as BitCoin, loyalty points and even use air-miles in exchange of goods and services.

In the meantime, as the FT opines on the discussion of money; money is, and always has been, political. Government will always want to keep control of money and the best way of doing that is going cashless.

This is demonstrated no better where cash had become almost obsolete in major Chinese cities. The authorities are cracking down on corruption, more particularly the proceeds of it. The purpose is to clean up crime. At the moment.

In April this year, Reuters reported that “More than a third of Europeans and Americans would be happy to go without cash and rely on electronic forms of payment if they could, and at least 20 percent already pretty much do so.”

Payment systems such as contactless cards and mobile-phone digital wallets have become so prevalent the issue has become political in some countries. Germany inherently distrusts government when it comes to money and only 10 percent of the population believe in a cash free society.

In Britain, there is a an alarming attitude by politicians and their banking paymasters towards forcing everyone towards cashless transactions.

Last month, the Guardian reported that George Osborne came within weeks of announcing plans to take 1p and 2p pieces out of circulation but was stopped by David Cameron who feared the symbolism of the Conservative party scrapping the penny. The idea came about because copper coins cost more to produce than they were worth and people tended not to like them.

The Guardian article went on to say “The Treasury assessed what had happened when one- and two-cent coins were stopped in Australia, discovering that the shift was popular but triggered a backlash from charities who had benefited from people handing over their spare change.”

However, the headline of that article did not focus on the real story, which was somehow ‘sandwiched’ between two almost unrelated issues. The important bit in the middle reported that – “in a separate move, the Downing Street policy unit submitted a proposal to lay down an ambition to end all cash transactions by 2020, as a way to drive up productivity and disrupt some forms of criminal activity.”

The plans for a cashless society were drawn up by Daniel Korski (now senior fellow at the European Council on Foreign Relations) who was deputy head of the unit. “The proposal we developed to move towards a totally cashless society,” Korski said, arguing officials had agreed that was “the direction of travel anyway.”

“I said: ‘Let us force that pace.’ If government shows a willingness, says why it matters, then it could make Britain the centre for innovation for money in the future.”

The main recommendation was to “set a hard target – no cash in our society by 2020.” Korski insisted that there was great excitement about this ‘inevitable’ shift. This was driven by a report that predicted “by 2025 the UK is expected to play a major part in what is being branded the “smartphone state” of the future.” It s expected by then that Britain will be the first European nation to reach the goal of being totally cashless.

In the meantime, living life by a smartphone has been accelerating in Britain with 94 percent now owning one and nearly 20 percent of households having ditched fixed landlines. Britain is already Europe’s leader in cashless transactions having rapidly moved up the ranks in just the last five years.

Some may celebrate the death of cash. Millennials in particular. But everyone should push back against this idea.

It should be noted that almost every adult in the UK has at least 5,000 pieces of information about them that makes up their single profile. That level of information, outrageous as it is, is about to explode as data mining goes to a whole new level never imagined just a few years ago. The article “Silicon Valley siphons our data like oil. But the deepest drilling has just begun” should shock you. It won’t be because the vast majority of residents of the British Isles are in a coma when it comes to privacy, human rights and civil liberty, all of which are being slowly dismantled by a wholly dishonest government – advised by their unrepresentative, unaccountable spying agencies, banking behemoths and billionaire chums from Silicone Valley.

But be warned. Britain, described by United Nations as an ‘endemic surveillance state’ now has the most sophisticated citizen surveillance system in the world. No other democratic country in the world has allowed its government to delete privacy, dismantle its civil liberties and gut human rights the way Britain has, without violent protest.

Once the cashless society is achieved, there is no going back. We are then one step away from implementing new technologies such as a social credit system where services are withdrawn for behaviour the state does not approve of.  Systems such as these are already being trialled. In China those who fall short will be denied basic freedoms like loans or travel. Criticising the ruling elite come with consequences – a wet dream of budding authoritarians. As our political masters move further to the extreme ends of political management in our guided democracy, these technologies will be at their command – and it will be delivered within the veil of safety and security.

For instance, Britain is at the global forefront of pre-crime technology. 300 arrests have already been made in advance of the Notting Hill Carnival this year. Facial recognition systems are now used at public events like football matches, concerts, festivals and of course protest gatherings. The Police have just admitted to holding the images of at least 20 million citizens without permission and have not sought the permission of law to do so. That is half the population of 15-64 year olds.

When the GCHQ programme known as Optic Nerve was exposed by Edward Snowden in 2014, it was reported that the images of 1.8 million Brits were collected in a period of 6 months. Approximately 16 percent were known to be sexually explicit. The problem was that Optic Nerve had been operating since 2008 and may well have collected tens of millions of images by 2014. “The documents also chronicle GCHQ’s sustained struggle to keep the large store of sexually explicit imagery collected by Optic Nerve away from the eyes of its staff, though there is little discussion about the privacy implications of storing this material in the first place.”

Mark my words – 2025 is the date when the general public will be living in a new form of state. The 21st Century in Britain, free from the legal constraints of the European Union, will be characterised by an idealised future created by Silicon Valley in the USA, its billionaires, their financiers and the political puppets back home who lost control. Critics of this article would say that the arrival of government by systems management would be so unpopular in Britain it would not be possible to implement. But the public have already authorised the elimination of privacy and allowed unknown agencies (both internal and external from the state) access to your most private and sensitive information. Ask yourself; why does the government want to know more about you than you know about yourself? Why does the state want you to have no privacy at all? Why does it want sexually explicit images of you? Why does it record your voice without permission? Why does it want to know who you associate with, who your friends and family are and where you are at all times? Why does it want you to pay for everything electronically?

Of course, there’s a reason – don’t be naive.