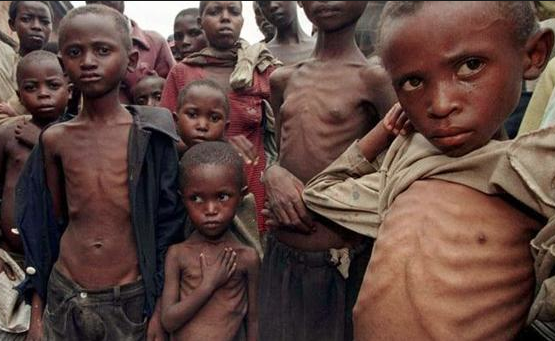 Rwanda is the most densely packed country in Africa. The 1994 genocide, which killed about 1 million people, changed the demographic structure of the country. Women now account for 54% of the population, and women and orphans were left as the heads of many households.

In 2015, 44% of Rwandan children suffered from stunting. Agriculture employs 80% of the labour force, but only accounts for a third of the country’s GDP. Nearly half of Rwandan agricultural households experience food insecurity.

Even if poverty was rapidly being defeated, there is still a massive amount of work to do to see Rwanda fully recover and then adapt its economy to a fast-changing world.

The British government takes this view when giving Rwanda £64 million in foreign aid through the Dept For International Development (DFID):

“The government of Rwanda is committed to poverty reduction and meeting the Global Goals, achieving increased prosperity and opportunity for its citizens, and ensuring stability. They have a strong record of using aid effectively to achieve these objectives and produce impressive results. However, it is only just over 20 years since the genocide and poverty remains high. It is important to continue supporting development and economic growth efforts so Rwanda can succeed in the long term and be self-reliant. This, in turn, will help minimise the risk of conflict within and between countries in the region.”

The DFID taxpayer-funded aid package is there to fund the following projects:

So quite how £30 million of British taxpayers money given via the DFID is being diverted by the central African nation to sponsor Arsenal football club is a mystery.

Especially so when considering that as at April this year, Arsenal FC has a team value at close to $2 billion, a debt value against revenue of just 16 per cent, earns over $480million on commercial sponsorships, and $780 from broadcasting – without match fees.

You would think that Rwanda would have better things to invest its money in. Obviously, they do and any defence they put up to defend their actions are completely lost by simply looking at poverty statistics. Rwanda has many very pressing needs to reduce extreme poverty.

If, as a British taxpayer you were becoming increasingly angry at continued government privatisation of the NHS, or reduced funding for the police that has seen a recent steep incline in violent crime or other austerity measures that have so badly affected communities and civil society in general – you have good reason to be so. And, if like the vast majority of people in Britain you don’t support Arsenal FC, or not interested in the sport then it stands to reason that the government should immediately repatriate this money and divert to more important and pressing issues for the benefit of its own citizens.