The City of London – Capital of an Invisible Empire 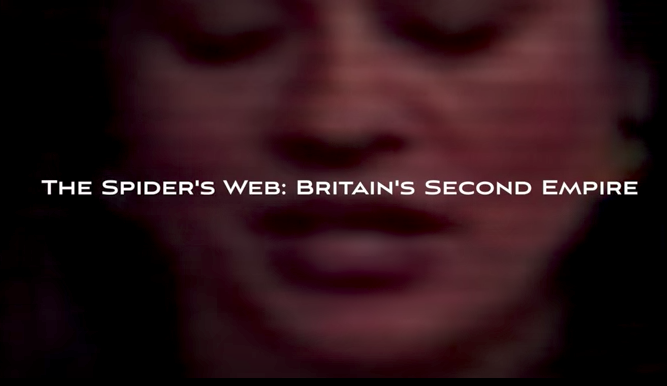 In July 2017 director Michael Oswald’s latest film, The Spider’s Web: Britain’s Second Empire was premiered at the Frontline Club in London. It has since had several screenings in London and public screenings can be organised from November onwards.  This fascinating interview just published in Deutsche Wirtschafts Nachrichten explores what inspired co-producers Michael Oswald and John Christensen to make a film documentary about London’s role as the world’s pre-eminent tax haven.  Oswald and Christensen also talk about how London might develop once Brexit kicks in, exploring the possibility of deepening the City’s tax haven role through further tax cuts for the rich and more rolling back of financial market regulation and other social protections.

The key inspiration, according to Michael Oswald, was Nicholas Shaxson’s best-selling Treasure Islands, which explained the way in which the formal British Empire morphed into a spider’s web of tax havens gathering financial wealth from across the world and funnelling it through to the City.  As Oswald explains, this helped to re-establish London as the financial capital of Capital:

At the time of the British Empire, Britain structured its economy not around manufacturing and productive sectors, but around finance. City of London banks provided the financing for the Empire and the colonies would pay interest to the City.

As Britain’s Empire declined, City of London institutions were increasingly confronted by circumstances that limited their ability to function and make a profit. It was out of this need that various financial interests sought to fashion for themselves spaces in which they could continue to operate and profit. In order to create these spaces they used the expertise developed during empire and the territorial remnants of the Empire, such as Britain’s dependent territories, financial expertise and networks established during Empire and the knowledge of how to establish, run and benefit from an international financial system.”

Much of the expertise built up during the final decades of the formal empire was focused on ways to avoid paying taxes both in the colonies and in Britain itself.  In the 1920s and 30s offshore companies and trusts were increasingly used to avoid and evade paying taxes.  In the 1950s, with the emergence of the London-based Eurodollar market, international banks found themselves able to operate in a virtually unregulated financial market which the authorities – in this case the Bank of England – treated in a totally laissez-faire fashion.

As Christensen says in the interview, successive British governments have not only turned a blind eye to the British spider’s web of tax havens, they have actively supported its growth by blocking international attempts to tackle it:

“Britain has consistently voted against creating a globally representative inter-governmental body to shape a framework of rules to strengthen international cooperation on tax matters. Britain has successfully resisted international pressure to take effective action against its tax havens in the Channel Islands, the Cayman Islands, the British Virgin Islands, and other British dependencies.

I have observed British officials blocking attempts to strengthen international cooperation on tax information exchange by keeping discussion on offshore trusts off the agenda. This happened as recently as 2015 when Prime Minister David Cameron pushed to have trusts excluded from information exchange processes. This is a pivotal issue since offshore trusts are key to the British tax haven secrecy model. Britain has also spent years blocking EU attempts to make progress towards a common approach to taxing multinational companies (the Common Consolidated Corporate Tax Base).”

Fast forward to the present and it seems clear, especially post-financial crisis, that Britain’s reliance on the City as the engine of growth in the UK economy is a risky development strategy.  Christensen again:

“The British economy is heavily reliant on external trade in services which is dominated by financial services. Any shock to the financial services sector, for example arising from being denied access to the EU Single Market, would be highly damaging to the economy.”

Which raises the inevitable question about where the British spider’s web might go post-Brexit.  Many of the services previously provided from London cannot be provided without the Single Market, which will require London-based banks and law firms to establish permanent establishment with the EU-27.  The British tax havens see new market possibilities in China, India, the Middle East and Sub-Saharan Africa, but this will probably involve laundering ever larger amounts of dirty money and enabling ever more tax avoidance.  The problem, as Christensen sees it, is that Britain has failed to plan for industrial diversification for decades and now faces limited development options:

Prime Minister May and her finance minister have already indicated that deepening Britain’s tax haven role is an option. This is a sign of weakness since a race-to-the-bottom on regulation, secrecy and corporate taxation would probably expose Britain to risks relating to financial stability and fiscal sustainability.”

Is this a viable development strategy?  Unquestionably there will be winners: oligarchs, kleptocrats and the multifarious aristocrats, bankers, lawyers, spooks and retired politicians who benefit from Britain’s tax haven empire.  For the vast majority of people in Britain, however, hosting the world’s largest tax haven has no benefits whatsoever and offers only the prospect of further relative decline and social division.  As Oswald comments in the interview:

This is something we explore in the documentary, in the case of the US and the UK, services do not make up for the reduction in industrial capacity. Michael Hudson explains that it is through attracting international capital whose origins may very well be criminal that this has become a possibility in the US and the UK.”

Follow this link to organise a screening of The Spider’s Web.