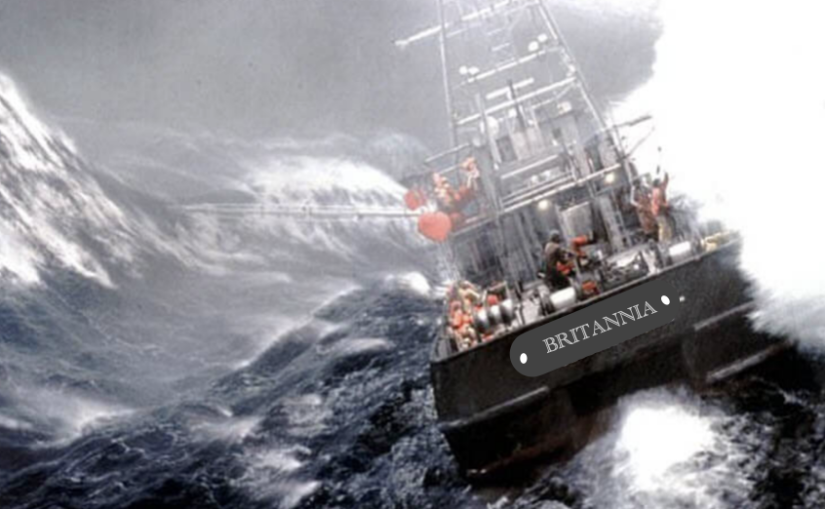 By Jason Hardwick: My wife and I are coming back home to the UK in four months time after nearly a decade of working and living abroad. We’ve had a wonderful time but always missed family and close friends. Being in a country and region far removed from the cultural norms of our own has allowed us to experience a world that many only ever get to dream of. Looking from the outside in – we were always conscious of the things that made Britain such a wonderful country and it is not until you look from such a distance that you truly appreciate what you always took for granted.

Many of our friends we made as expats have also left, mainly due to the ending of work contracts or the pressures that the global pandemic has put upon them or their families. Some of our British friends originally from England have set up home in France and Ireland, some have gone back to Old Blighty.

When we left the UK in early 2012 – the big news of the year was that the Queen had celebrated her diamond jubilee after 52 years on the throne – and Britain took to the world stage in the summer to host the Olympic Games. Malala Yousafzai, just 14 at the time, was shot by the Taliban and survived. She was saved by neurosurgeons in intensive care and then flown to Birmingham in the UK for reconstructive treatment. She went on to be a symbol of defiance against the repressive policies of the Islamist movement and was awarded the Nobel Peace Prize in 2014. These were the type of things that made us proud to be British.

The descent from the norms of British life dramatically accelerated in 2015 with the election of David Cameron, who was now unconstrained from a coalition but had promised a referendum on EU membership. Roll forward another five years and the country has mutated into something completely unrecognisable.

The country we left a decade ago is no longer there. Sure, the roads and buildings remain but since Brexit and the arrival of Covid – Britain has morphed into something that looks a lot like America. Britain’s people were once famed for their politeness, tolerance and keeping calm in times of crisis. Now it’s all division and despair, anger and outrage. There is a real sense of bitterness or loss. And the ugly face of nationalism and racism that has tormented other countries is not just on the rise, but seemingly endemic to our own.

It is clear now that Brexit has driven a stake through the heart of civil society and the institutions designed to support it. Campaigning for it meant splitting families, communities and eventually the whole country into groups. It was all about identity politics and culture wars – just to get votes. Having achieved that, a newly emboldened uncivil society erupted more recently and ludicrously ended up protesting and rioting over wearing a face mask in the midst of a deadly pandemic. Of course, it hasn’t helped that the government has catastrophically stumbled from one disaster to another in its handling of Covid and is now also embroiled in accusations of corruption and cronyism. In the meantime, over 100,000 are dead, the morgues are over-flowing and lawsuits are piling up against the government.

Just as we start to pack our things in readiness for the shipping container, Britain now has the worst Covid related death rate per million of any country on earth and the second-worst economic outcome in the 37 member state OECD and G7 of advanced economies. Brexit is yet to be fully felt. Millions are now facing up to the realities of the immediate future.

I really do want to come home but I find myself putting on a brave face over my devastated country. Of course, the pandemic could not be stopped anywhere with a comparable population – but this government have emphatically failed with their ‘world-beating’ kill rate. With Brexit, entire industries have been left for dead and hundreds of thousands of companies, their owners and employees left economically stranded. The truth about Brexit is like emerging from a dense fog – and each day brings a new report that is more disturbing than the last.

The UK is now the only country in the world with an internal international border within its own territory. The Union of the United Kingdom is clearly over with a renewed push in Scotland (and later Northern Ireland) for independence – that comes with inherent risk.

Exactly what did Britain actually gain from this act of political and economic vandalism by leaving the biggest trading bloc in the world? From what I can see, there have been terrible losses and literally no gains – at all, especially for our young.

Our home, which has been rented all this time, will need to be refurbished. We need all manner of things to set up again and where we possibly can, we’ll buy British manufactured goods, from carpets and electricals (yes, the UK makes them too – see HERE) to bedding and bakeware.

One thing I can say is this though. I will never buy a Dyson product … ever. I’ll never walk into one of Tim Martin’s JD Wetherspoon pubs or buy insurance from Arron Bank’s GoSkippy. There are obviously more actors in the game here. These people, along with the icons of Brexit – Johnson, Farage, Rees-Mogg, Cummings, Hannan and so on, helped divide our country and create a toxic atmosphere for everyone. They deliberately planned a divide and rule strategy and broke the law along with any sense of morality to get their way. Their plan required the stirring of an ugly underbelly that was once socially outlawed to be brought to the surface and that will not easily go away.

As British Professor of Public History, David Olusoga (OBE) says – “Brexit would be so damaging to the true interests of the UK that what might follow – if we are lucky – is a great unmasking, not just of the political fantasists and chancers who peddled the great Brexit swindle, but of the historical delusion that empowered them.”

There are only two guarantees in this perfect storm of political and public health failures, of economic meltdown and the consequential constitutional firestorm that comes with it. First, it absolutely guarantees that the standard of living in Britain will decline and the second is that Britain will be in a bad mood with itself for many years to come.

Today, we have a Prime Minister who said and believes – “My friends, as I have discovered myself, there are no disasters, only opportunities. And, indeed, opportunities for fresh disasters.” It is this type of belief that has led us to where we are – fighting against each other. It’s so American.

The people that brought us all this misery and heartache, clearly, do not have Britain’s best interests at heart. Their self-serving negligence has cost lives, businesses, jobs and the future prospects of all Britons and they deserve nothing but eternal condemnation for what they have done. I do not know what actions are required to heal our nation and bring us together because that task is, I think, too big for any political party of today.

This is what we are coming home to.