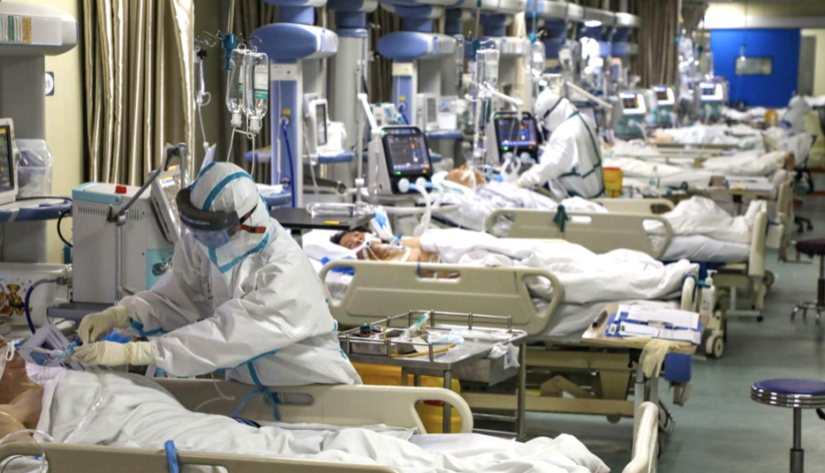 The Health Service Journal reports that health services in at least one of the NHS’s seven regions are preparing to cope with a second peak of coronavirus demand more than twice the size as the first.

By Alison Moore – HSJ: The NHS in the South East of England insisted this scenario was for contingency planning only and not based on a forecast or other intelligence.

Papers before clinical commissioning group governing bodies in Sussex said: “Systems in the south-east [have] started to coalesce around being prepared for a second wave of between 2 and 2.5 [times] the first wave as a reasonable worst-case scenario.” They say that more likely are lower peaks which nevertheless “continue to challenge services for at least the next year”.

The papers state they do not know the timing of the subsequent peak, citing predictions that it could either come imminently or over the winter.

HSJ understands other NHS regions are also planning on the basis that a further peak of covid demand on the NHS could be larger than the first.

It is not yet clear what these predictions mean for the need to keep acute beds or intensive care capacity free or limit planned procedures taking place so that capacity can be scrambled quickly.

The number of covid patients in English acute beds peaked at about 17,000 in mid-April, including about 3,200 in intensive care. Often in winter, there are fewer than 10,000 general acute beds unoccupied, with practical occupancy on the ground often even higher.

Speaking to the Commons public accounts committee yesterday, NHS England chief executive Sir Simon Stevens said for the NHS to resume more non-covid care, it was important that the “test and trace” system was effective and able to give the health service several weeks notice of a coming peak, so it could prepare. The health service is also seeking funding to expand intensive care and acute capacity, at least in some areas.

The Sussex governing body papers say the University of Sussex mathematics department has carried out modelling of three scenarios for the pandemic past the first peak, using R numbers of 1.1, 1.2 and 1.3, with 1.3 “cited as the reasonable worst-case scenario by the military”. The R – reproduction — number is an indication of how any disease can spread: at an R of 1, each person with the disease infects one other.

The papers state that similar assumptions are being used across the south-east.

A spokesman for West Sussex CCG said: “This is a contingency scenario only and not based on any actual forecast or intelligence. We are using these assumptions to ensure we have enough resilience in our system to cope with any rise in covid cases, alongside managing the ongoing restoration and delivery of core NHS services. It’s just sound and sensible operational contingency planning.”

Although an R of 1.3 is above that of any area of England at the moment, other European countries have seen the R number rise rapidly – Germany’s was reported to have shot up to 2.76, leading to local lockdowns, for example. Localised outbreaks can mean some areas see temporarily high R numbers.

NHS England did not respond separately.