CoVid-19 – What the government is really covering up 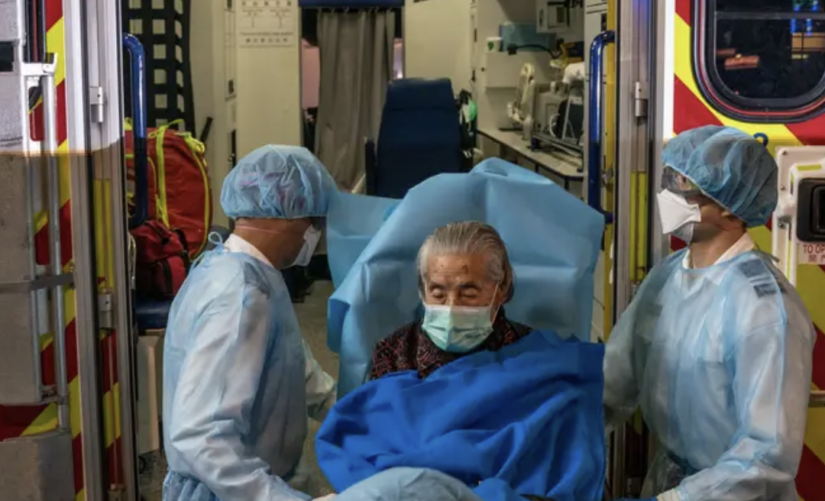 The UK government led by Boris Johnson and Dominic Cummings have taken a rather Laissez–faire attitude towards the coronavirus CoVid-19. They came under attack for not taking it seriously and not being visible. It wasn’t until March 3rd that suddenly No10 Downing Street realised they needed to contain the negative stories emerging about their administration and then seemingly sprang into action.

Do they know something that will prove differently to what is currently happening in Italy and elsewhere? Or is there something else that is driving their behaviour?

Is it possible that the last ten years of Conservative rule has delivered a lot of death and misery? Maybe they don’t want to draw attention to their miserable record more widely and protect a failing ideology, along with some other influences that they have to respond to.

We should not forget that more than 130,000 deaths in the UK (since 2012) could have been prevented (preventable deaths) if improvements in public health policy had not stalled as a direct result of austerity cuts. This is not some sort of ‘leftie’ political point-scoring fantasy, this is according to an analysis by the Institute for Public Policy Research (IPPR) last year. And as the IPPR concludes – despite promises made during the NHS’s 70th birthday celebrations to prioritise prevention, the UK is now halfway down a table of OECD countries on its record for tackling preventable diseases.

In the winter of 2017/18, one of the warmest on record, 50,100 died in what is termed as ‘excess winter deaths.’ The government admitted that “The number of excess winter deaths in 2017 to 2018 was the highest recorded since winter 1975 to 1976.” During that time the number of daily deaths exceeded the daily five-year average for all days except just one day – the 25 March.

These excess deaths are expected. It is a term used to describe an increase of deaths compared to the rest of the year but in this year (not forgetting the additional 22,500 EWD the following year), the extreme numbers were largely blamed at the time on elderly poverty, escalating energy prices and the continued NHS crisis that during the winter intensifies.

These excess winter deaths, just like the aforementioned 130,000 of ‘preventable deaths’ add significantly to the corresponding fall in life expectancy in the UK. Life expectancy declines have only occurred in two Western countries, the USA and the UK. There is no need to comment much on the horror story of American ‘health-care’ – it’s an abysmal failure. However, the latter is blamed by scientists, researchers and experts, in part, on the worsening obesity, dementia and diabetes problem but just as firmly on austerity and cuts in NHS spending.

Last year, a record number of homeless people died, on the streets of Britain, in the biggest increase in deaths since reporting began. For one three month period, a homeless person was dying on the streets of our country every nineteen hours. Homelessness is the pinnacle of political social policy failure. It demonstrates that everything is failing – the housing crisis is just one part of a system with cracks, pitfalls and traps surrounding our most vulnerable.

A lengthy report from the Disability News Service (DNS) describes how a malignant government operates without empathy towards our most vulnerable:

“fellow health experts from the Universities of Liverpool and Oxford were able to show in a study that, for every 10,000 IB (Incapacity Benefit) claimants in England who were reassessed for ESA between 2010 and 2013, there were an additional six suicides, 2,700 cases of self-reported mental health problems, and an increase of more than 7,000 in the number of anti-depressant prescriptions.

In all, across England as a whole, the reassessment process from 2010 to 2013 was “associated with” an extra 590 suicides, 279,000 additional cases of self-reported mental health problems, and a further 725,000 anti-depressant prescriptions.”

The DNS went as far as to say – “The results of a five-year investigation by Disability News Service (DNS) provide strong and clear evidence that senior civil servants and the two ministers responsible for those decisions – Iain Duncan Smith and Chris Grayling – should face a criminal investigation for alleged misconduct in public office.”

Then there’s the problem the government have found themselves in when it comes to the very people who fund their existence. We don’t really know who they are. It’s all about dark-money political actors – bankers, hedge-funds, vulture funds, oligarchs, opportunists, tech owners, geopolitical foreign state influence and so on. But what we do know is this. CoVid-19 had caused substantial losses on stock exchanges – (and therefore company/executive wealth) by yesterday.

(Numbers vary hour by hour, day by day as some governments more to protect company wealth)

In this calculation, Britain was the second-highest loser on overall, worldwide stock exchanges. It will be interesting what measures are announced in the budget going to protecting business versus the amount being spent to protect people.

The Conservative party is in no position to take an approach of concern, as it has a record of implementing social policies that during the course of a decade have killed far more than CoVid-19 is ever likely to do. They are, in effect protecting this truly awful record.