COVID-19: What will change when it is all over 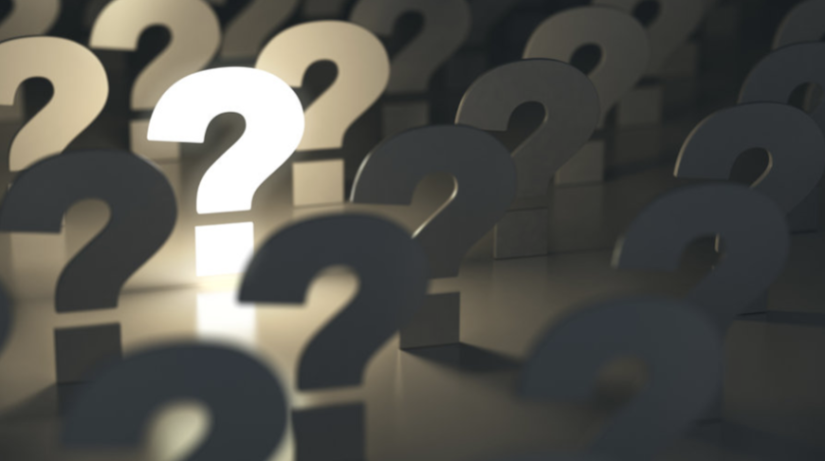 By TruePublica Editor: What will change in our lives after Covid? It’s a big question. One answer is – a lot. Another is – whatever happens, it won’t be the same again. Both are true. Another truth is that the government have now backed themselves into a no-win position. Carelessly, the Boris Johnson administration, led by Dominic Cummings, decided that infecting everyone nice-n-easy would be best. Then it decided to take the crisis nice-n-easy itself and not do much even though the evidence by scientists (in their hundreds), experts in other countries, warnings from the World Health Organisation and from medics in the NHS was that it should take it seriously. When the government did react, it typically tried to instil a wartime spirit with a populist masquerading as a Churchillian leader.

For now, all the evidence suggests that Britain is going to go the same way as Italy. If it does, it will be a disaster on every level and the government will not survive it. But what if those expectations are not met? Another outcome will be an economy on its knees. National debt will hit 100 per cent of GDP within a year, household debt will hit 150 per cent of income within months. Unemployment will soar, businesses will collapse and the dreams of many will vapourise.

If the government was so worried about people when its sacrificed the economy to protect them, why then did it not go further to protect them against the tobacco industry or the manufacturers who have so heavily contributed to diabetes, high blood pressure, respiratory diseases and heart disease. These are the very groups statistically most at risk from this coronavirus. Why did they not encourage everyone to change their behaviour or force manufacturers to reduce all the other poisons in our modern diets or do something about air quality?

Now that the government is about to spend more than the infrastructure budget it proposed just a few weeks ago – is HS2 more important that the desperately needed £106billion it will cost, than say pumping that directly into businesses to get people back to work? The cost of Brexit to the economy, according to the governments own calculations will be a huge 5 per cent decline in GDP if a deal is done with the EU. If not – that hit will be an eye-watering 7 to 9 per cent – more even that the toll taken by 2008 crisis. Could the country even afford it? Is it now worth the risk?

Brexit has exposed something else. Since the referendum, 14,000 medics from the EU have left the service and there has been an 87 per cent fall in applications from the EU. It’s a staffing crisis that has led the government to appeal to those retired or that have left the service to come back and help fight the virus. Many left in the first place because of the way they were treated by the government. When Britain is still burying the victims of this virus will the question be asked if it was worth the increased risk of Brexit to the very people who largely voted for it? Or will there be a sea-change in the way we fund the NHS?

The entire mainstream media, who spent two years claiming Jeremy Corbyn would bankrupt the economy and turn it into Venezuela – are not actually asking where Rishi Sunak is going to get all this money from – and more importantly, ultimately who is going to pay for it. It turned out at the last budget that the Tories were going to spend even more than Corbyn would have, then the CoVid crisis came along. So it turns out there was a money tree after all.

Will the question be asked – why was its low hanging fruit not plucked after the bank-led financial crisis in 2008 – itself classed as an existential crisis by the leadership of the day? The suits in The City of London got a half a trillion in cash and a lot more in loan guarantees to prop up criminal operations that gambled our money at a boys club casino and lost. Everyone else was punished for it and 120,000 people are known to have lost their lives over the policy to recover that money that in the end, never turned up.

Then there’s government assistance being dished out to fight this crisis. But it comes with strings attached. Small company owners are being asked to put the title deeds of their homes up to qualify for loans. Businesses have to lay-off employees to claim wage support. It won’t help them keep going if they had to fire staff to qualify. And there’s nearly 5 million self-employed – about 15 per cent of the entire workforce who qualify for nothing. And those who rent their homes, and there are nearly 5 million households (not individuals) of them who represent 63 per cent of all households today. How are they going to pay?

Some people, once considered the titan’s and captain’s of industry are proving themselves to be who they really are in a crisis. Take Sir Stelios at EasyJet. He has sparked outrage after paying shareholders £174 million in dividends whilst at the same time appealing for taxpayer support because of the coronavirus pandemic. Of that £174million, £60 million goes straight into the pocket of Stelios. Richard Branson is another. The multi-billionaire offshore tax haven tycoon, whose company is mostly owned by foreign investors sticks his ugly rapacious head up asking British taxpayers for a bailout the same week as he dumps thousands of staff without pay. It makes you want to spit! There would be public outrage, probably worse if bailouts to billionaires happened.

Donald Trump is another who is demonstrating what a lunatic he is in times of crisis. Who in this world is looking towards America for leadership in this global crisis? No-one at all is the answer. The foremost super-power is about to get a dose of its own reality. Its healthcare system is demanding an astonishing $35,000 to help if anyone gets a nasty dose of CoVid-19 – a pandemic that Trump has blamed on political opponents, called a hoax, is just a cold, then flu – and in desperation is now blaming the Chinese and even demanding financial reparations from them. There are 27 million Americans with no health care insurance.

China had the advantage of being an authoritarian regime – so it brutally crushed CoVid by ruthlessly stifling the movement of its people, enforced mass testing and isolation. It is back in action after three months and its economy is gearing up again. In the meantime, America has been warned by its own economists that the hit to its economy could be a staggering 24 per cent of GDP. One wonders what that might look like in six months time with is gun-toting, opiate-fuelled populace and armed-to-the-teeth police state.

China is already significantly assisting European and African nations combat this deadly threat with tangible help. America, in contrast, is threatening others by attempting to take potential vaccines for itself and profit from it and is shipping nothing. It continues with its trade wars, financial and trade sanctions to its perceived enemies and savagely stifling desperate efforts to buy in medical supplies and equipment to save people. And when America comes out of the other side of this crisis and sees it has been pushed into the No2 slot of world super-power by GDP by China, what will it do to regain its title? Attack it?

Britain might ask itself, why would anyone in their right minds do a trade deal or any deal with a country like that? Britain is a geographical halfway staging post between America and China – we could be dragged into a battle we’d have no chance of surviving, especially without our European neighbours. We might demand that our politicians not take that risk.

What will these questions be when this crisis is under control? One thing is for sure – Britain has already proved to itself it is no longer the stoic stiff upper lipped nation who will just keep calm and carry on. Just look at the stunned key workers who turned up after gruelling shifts at the supermarkets stripped of essential goods for that. Just look at its response to the Prime Minister’s appeal to stay at home – they didn’t believe him, went out and got drunk instead.

Brexit was the number one issue facing the country according to voters in October last year. Indeed, 70 per cent thought so. Then the global pandemic hit the news and by the end of January, Brexit had fallen to 52 per cent as the number one issue facing the country and one month later to 43 per cent. By the end of March, you can imagine Brexit will be the very last thing on people’s minds. Health and the environment were the next two most important issues on voters minds at the time. Fighting crime was next and only then did the economy appear on the list – languishing in fifth place.

Today, health will be by far the number one issue on people’s mind. But when this is over, will attention turn to the economy? Will educating our next generation be more important to help our battered economy recover and fixing the environment – a crisis on its own be up there as more important? And Will Brexit be seen as something we should never have contemplated after all this? Will the government itself be challenged for withholding funds to fight this crisis when it was given two years forewarning this was coming?

Right now, as we are finding out, it is the power of people that is moving the government, not the other way around and whatever happens politically and economically, our culture and politics will surely be changed forever. Will we be better for it? Or worse?

What do you think will be the big questions when the crisis has receded? Let us know by emailing truepublica (at) gmail.com – we’d like to know