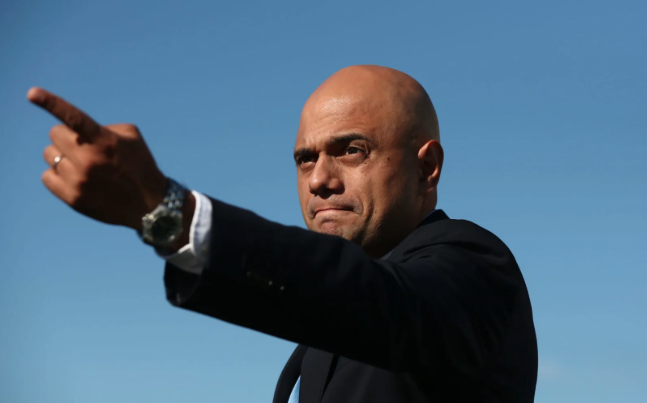 Hezbollah’s defeat of the Israeli invasion of Lebanon in the July war of 2006 was heroic and an essential redress to the Middle East power balance. I supported Hezbollah’s entirely defensive action then and I continue to applaud it now. That, beyond any shadow of a doubt, makes me guilty of the criminal offence of “glorifying terrorism”, now that Sajid Javid has proscribed Hezbollah as a terrorist organisation. I am unrepentant and look forward to the prosecution.

A large majority of the public, and certainly almost everyone who remembers that 2006 invasion, would revolt from my being prosecuted on those grounds. The very absurdity of it is a sure measure that Sajid Javid has simply gone too far in naming Hezbollah – the legitimate political party representing in parliament the majority rural population in Southern Lebanon – as a terrorist organisation.

Together with the largely manufactured “Corbyn anti-semitism” row, Javid’s move is aimed at achieving in the UK the delegitimisation of political opposition to Israeli aggression and absorption of the occupied territories and the Golan Heights, in the way that has been achieved in the USA. However, there is a much better educated population in the UK and a great deal of popular awareness of decades of Israeli crimes. In fact, the continuing resilience of the Labour vote shows that at least over a third of the British population does not buy the “anti-semitism” tag applied to all those concerned at the continued plight of the Palestinians.

Hezbollah has never been implicated in any terrorist attack on the UK. Its military posture in Southern Lebanon vis a vis Israel is entirely defensive; it evolved as a military force in reaction to wave after wave of Israeli invasion of Lebanon, in which the Israeli “Defence” Force casually decimated Shia communities en route to attacking Palestinian refugee camps. Hezbollah has never invaded Israel. Hezbollah played an effective and laudable role in assisting the defeat of Isis and their Jihadist allies in Syria.

I first became devoted to the Palestinian cause as a first year student at Dundee University, when I watched a film about Israeli destruction of Palestinian olive trees in the occupied territories, to devastate their economic base and force families to leave. That film made me cry.

It is a matter of despair that, 42 years later, this practice continues, and indeed has been ongoing for that entire time. I find this almost as heinous as the continuing killing and imprisonment of Palestinian children. I find it a useful exercise every morning to ask yourself this question:

How many children has the Israeli “Defence” Force killed since the MSM last reported one?