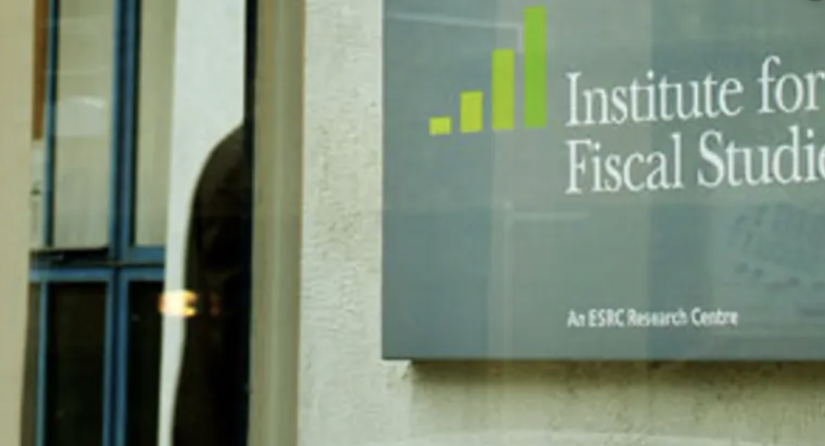 By John Weeks: In recent weeks political parties have announced their policy platforms for the forthcoming general election. Numerous organisations, including the Progressive Economy Forum (PEF), will be offering expert assessments of these policies and manifestos.

The Institute for Fiscal Studies (IFS) is perhaps the most well-known of these organisations. Its analysis frequently crowds out that of other institutions, such as the Institute for Public Policy Research (IPPR) and the Women’s’ Budget Group.

On its donations page, the IFS describes its purpose as follows:

“During an election campaign, objective analysis of economic policy is more important than ever…Our commentary on party manifestos and campaign promises leads the public debate, providing individuals with the tools to understand and evaluate complex decisions. What’s more, the IFS is entirely independent of political parties, companies and pressure groups, allowing us to hold politicians of all stripes to account when their numbers don’t add up or their policies are poorly designed.”

The key components here are 1) a commitment to “objective analysis”, 2) providing “the tools to understand and evaluate complex decisions”, and 3) independence from political parties that allows the IFS to hold politicians to account. Its guiding purpose is to show when “numbers don’t add up” and when policies are “poorly designed”.

The meaning of words is quite important here. One can claim “objective analysis” by applying the same assessment criterion to each proposal and still be biased. It is possible for a policy to be “well designed”, with numbers that “add up”, while also imposing devastating social costs. The IFS’s narrow criteria implicitly (or in some cases explicitly) ignores these social costs. This judgment reflects a clear bias in favour of accounting balance over social outcome.

Similarly, the claim of “independence” explicitly refers to no links to political groups. Crucially, however, this does not prevent political bias. 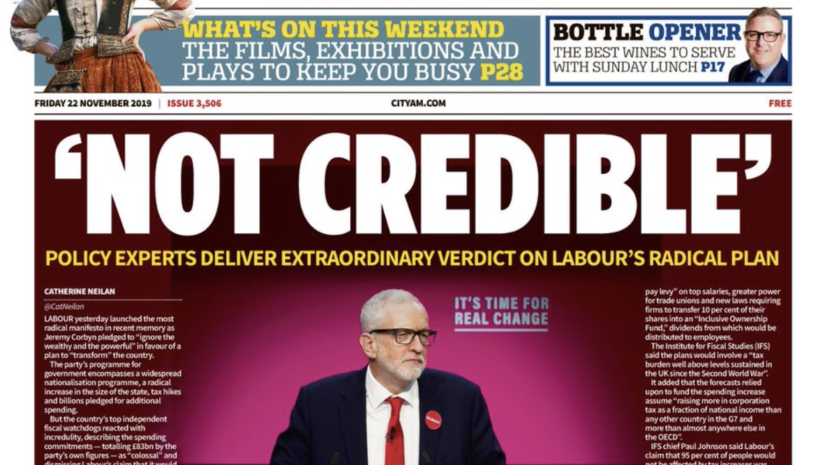 The claim that Labour’s tax plans are ‘not credible’ is based on ideology, not fact

The political ideology of the IFS 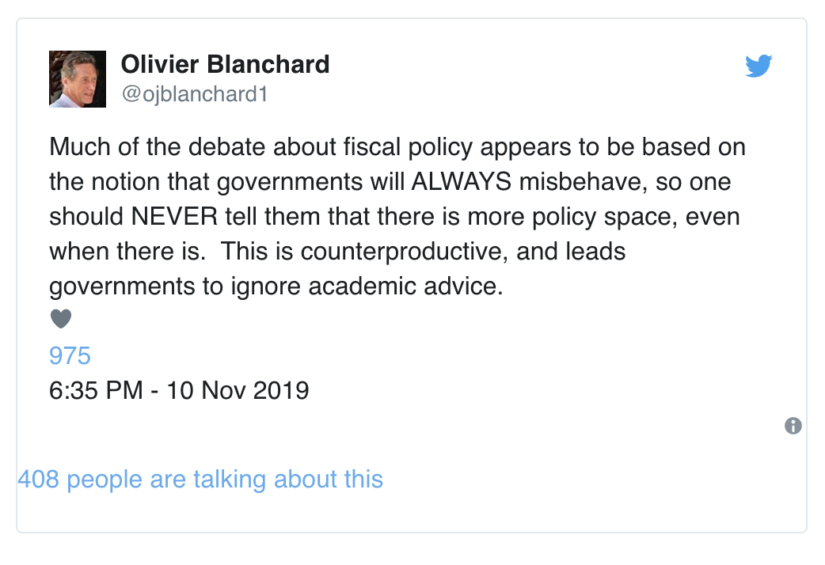 The IFS’s view of fiscal policy conforms to Blanchard’s “counterproductive” approach. Its pledge to verify “the numbers” clearly presupposes a tendency for “politicians of all stripes” to “misbehave” by misrepresenting their policies as more favourable than they actually are.

This presumption of misbehaviour also manifests itself in the IFS’s use of the term “net giveaways” in relation to spending measures. The term carries a pejorative connotation, implying that the purchase of votes dominates the fiscal decisions of politicians. For example, free bus services for the elderly is portrayed as a “giveaway” – not a policy designed to reduce social isolation.

For example, free bus services for the elderly is portrayed as a “giveaway” – not a policy designed to reduce social isolation

The IFS’s political ideology reveals itself most obviously in its approach to inequality. At several points on its website we are warned that “reliance on taxing ‘the rich’ and big companies to pay more has its limits and would be far from risk-free”. We find no equivalent warning about the risks associated with increased inequality or the growing concentration of corporate power. Repeatedly placing rich in inverted commas is in itself an indicator of political orientation.

Another concrete example of political bias can be found in the discussion of “living standards and prospects of younger generations”. The IFS attributes the problems younger households face entering the housing market to demographics, a rising average age of the population and (strangely enough) low interest rates.

The financial market deregulation that has fuelled property price inflation goes unmentioned. We are warned of a “long-term change in the balance of economic power” between young and old – but not poor and rich, or labour and capital.

The economic ideology of the IFS

My PEF colleague Richard Murphy has succinctly identified the fundamental economic bias in IFS’s work, namely its application of microeconomic techniques to what are macroeconomic issues. The assessment of fiscal policy should be placed in the context of the economy in its entirety to identify the direct and indirect effects of policies as they work their way through markets over time.

The standard way to achieve this economy-wide approach involves using an interactive “model” of our economy. Ten years ago the IFS offered training in “dynamic econometric models”, though it does not appear to use models for its assessment of the fiscal proposals of political particles, offering instead what it calls “best educated guesses”.

The IFS suffers from serious misbranding. It identifies itself as an organisation that studies fiscal issues, when in practice its subject is a very narrow version of what is known in the economics profession as “public finance”. The difference comes out clearly in the description of a “Public Finance” course at the London School of Economics, which “draws on microeconomic theory [for] the development of analytical tools and their application to key policy issues relating to the spending, tax and financing activities of government”.

That emphasis on microeconomics is in contrast to another course at the same institution, “Introductory Macroeconomics”, described as “[a]n overview of the behaviour of the economy in the short term”, where one finds fiscal policy in the “part of the course [that] reviews business cycle fluctuations, the design of monetary and fiscal policy, budget deficits and government debt and the open economy.”

To the extent that the IFS provides “the tools to understand and evaluate complex decisions” they are the wrong tools. The IFS’s microeconomic approach by its nature presumes the economy to be stationary at maximum output (full utilization of resources). At maximum, an increase in spending has no feedback effects on tax revenue through household or corporate incomes. Treating the economy as stationary excludes feedbacks as our economy grows.

We find a clear example of the fallacy of microeconomic arguments in the recent IFS study of the impact of Conservative and Labour plans to raise the minimum wage. The IFS report inspects who would receive the proposed wage increases and concludes that the vast majority of poor people in work would not benefit, in part because they are self-employed.

However, an accurate assessment would also consider the impact of changes in the minimum wage on the economy as a whole, not merely those directly affected. Research indicates that the overall impact of minimum wages includes effects on aggregate purchasing power and productivity plus its spread effects through the entire labour market. The IFS’s focus on direct effects is at best trivial.

The IFS is regularly called a “watchdog” for politicians’ policy proposals. But it would be more accurate to describe it as an expert in the bean-counter approach to policy assessment.

The basic problem lies not in the political bias or orientation of the IFS. I directed a small research organization for 20 years, which was, as the IFS claims, objective, independent and unaffiliated to political parties or interest groups. Our analytical orientation was clear and well-known. Our studies tended to be critical of mainstream analysis, and organisations came to us with that outcome in mind.

The issue is not that the conclusions of the IFS’s studies are predictable and easily anticipated; it is that its studies are not always as objective as they claim. They often apply the wrong tools, and treat macroeconomic issues as if they were microeconomic. As Robert Chote, the former director of the IFS admitted: “they don’t do macro”.

By ignoring social, political and macroeconomic effects, IFS studies do not tell us whether a policy is a good idea, only whether “the numbers add up”.

At this election, we deserve better.

John Weeks is the coordinator of the Progressive Economy Forum and professor emeritus of economics, SOAS Unversity of London.