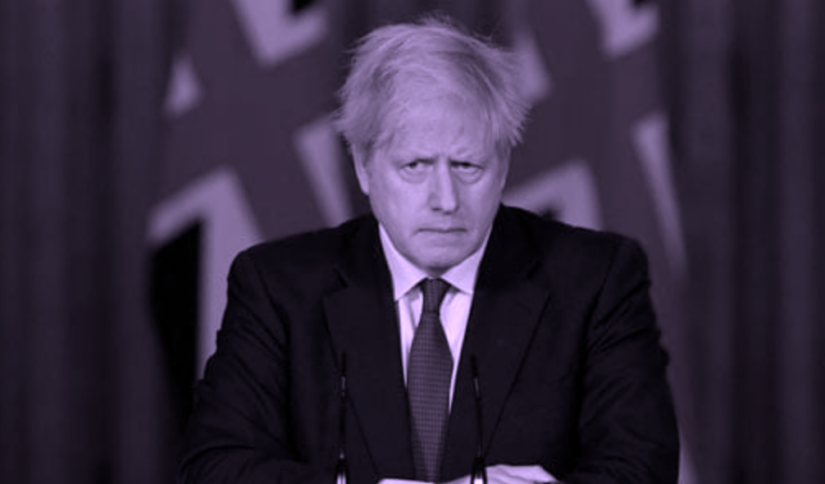 By Sam Fowles: Those saying that what’s happening in the US couldn’t happen here should take a look at the record of Boris Johnson.

In the past fortnight the UK has left the EU and plunged into a third lockdown (the latter some two weeks after doing so was recommended by the government’s medical advisers), while, in the US, right-wing terrorists stormed the Capitol.

Strangely, there were responses from the MSM along the lines of “Boris Johnson is a liberal”. For Robert Tombs, writing in The Telegraph, the chief benefit of Brexit is a “reinvigorated democracy”. For Robert Peston, Johnson’s repeated ignoring of scientific advice is due to “a political philosophy… that he will not restrict our liberties unless there is an overwhelming reason to do so.” For James Forsyth in The Times, “Johnson is not Trump’s Transatlantic twin”.

To call Boris Johnson a “liberal” is to buy spin over reality. Johnson may talk about “liberty” but, as Lord Toulson (one of my favourite judges) liked to put it, “fine words butter no parsnips”. Johnson’s actions are closer to those of an autocrat. Liberals believe in maximising personal freedom, the rule of law, free markets, and small and accountable government (or at least as small as is consistent with achieving the above). Johnson’s government has stripped individuals of rights and freedoms, attacked the rule of law, created barriers to trade, and expanded the power of the centralised state.

Johnson likes to claim Britain is a “freedom-loving country”. In reality, however, his government has removed more freedoms than any since Pitt’s “English Terror” of the 1790s. Brexit, Johnson’s flagship policy, was always going to lead to the loss of rights and freedoms. Many of these, however, may have been preserved. During the early stages of negotiations, EU leaders even appeared open to a form of “associate EU citizenship” for any British citizen who chose to “opt in”. Johnson’s government made a deliberate decision to pursue the hardest possible version of Brexit, eliminating any possible hope of maintaining individual freedoms. As a result, UK citizens have been stripped of rights to travel, work, settle, trade, provide services, and even exchange information on the same terms as before.

We have been stripped of rights to hold our government to account in an independent court, and rights to have our elected representatives vote on trade and foreign policy issues. It would take hundreds of pages simply to list all the freedoms that UK citizens have lost. Here, instead, is an article (with a helpful diagram) setting out just a few.

Aside from Brexit, Johnson has repeatedly used his press platform to attack minorities. He famously described Black Commonwealth citizens as “piccaninnies” and having “watermelon smiles” (both racist tropes), homosexual men as “tank-topped bumboys”, and Muslim women wearing niqabs as “letterboxes”. Liberals believe in freedom and equality for all, not just those who share our beliefs, religion, or skin colour. It is no surprise that, since Johnson’s Brexit victory, racist attacks have substantially increased: As prime minister, Johnson presides over a country in which racism is increasingly acceptable.

Johnson’s attacks on the rule of law have been so damaging that the credit rating agency Moody’s downgraded the UK’s national credit status on the basis of “the weakening of the UK’s institutions and governance”. Johnson’s government has explicitly legislated to break international law. It has publicly attacked judges who rule against it and lawyers who challenge it. It has continued its attacks even after it was informed that they led to violence against lawyers. It is currently engaged in an “independent” review of public law with an express mandate to explore removing the rights of citizens to challenge the government in court. If these proposals are implemented, the state will be able to break the law with impunity

Under Johnson, the UK has left the largest free trade area in history. His Brexit deal failed almost entirely to account for trade in services, which makes up around 80% of the UK economy. The majority of our economic output is therefore subject to more red tape than at any point in the past half-century.

The deal has created so many barriers to trade that, within just a week of its implementation, there are reports of UK business giving up trade with EU states entirely. The fishing industry, which Johnson claimed to be intent on protecting, now finds it so difficult to trade that fish are being left to rot on docks rather than exported. Johnson’s government has awarded billions of pounds worth of PPE contracts to individuals and companies connected to ministers and allies, without competitive tender. It is currently promoting a bill (the Internal Market Bill) allowing it to funnel public funds to its political allies.

The Internal Market Bill is part of a series of statutes that centralise and increase unaccountable state power. It allows Whitehall to dictate regulation to devolved governments even when it falls into their areas competence. The act implementing the Brexit deal allows officials to change any piece of legislation with only the bare minimum of parliamentary oversight. The Coronavirus Act gave the government unprecedented powers to suspend elections and ban public protest even though many of the necessary powers were available in existing legislation (albeit subject to parliamentary scrutiny). Indeed, Boris Johnson is only in favour of democracy when it agrees with him: When MPs sought to exercise oversight of his Brexit negotiations, he unlawfully shut down parliament. Fine words butter no parsnips and talking about liberty doesn’t make you a liberal.