EXPOSED: The Establishment, Facebook and mainstream journalists gang up against democracy 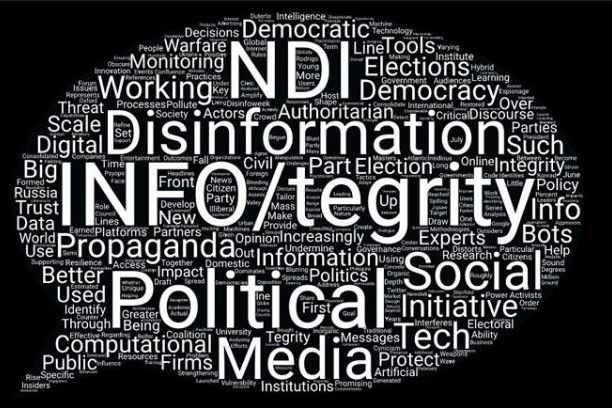 By Robert Stevens: The Integrity Initiative (II), funded by the UK, US governments and NATO, played a central role in efforts to discredit and remove Labour Party leader Jeremy Corbyn.

Ostensibly based in a former mill in Fife, Scotland, the Integrity Initiative has all the hallmarks of a covert MI5/MI6 intelligence black ops. It was launched in 2015 by the Institute of Statecraft (IoS), a supposedly “independent” think tank and charity. But after first being granted £296,500 in 2017-18 by the Foreign Office, this financial year the Integrity Initiative will receive nearly seven times that amount—£1,961,000. The Integrity Initiative also receives hundreds of thousands of pounds from NATO. One of its founder funders was Facebook.

Last week, the CyberGuerilla.org web site published documents made available by the Anonymous group, revealing some of the misinformation operations carried out by the IoS/II, based around circulating fake news.

The Anonymous leak disrupted plans by the Integrity Initiative to keep the authors of their dirty work unknown to the public. The Integrity Initiative’s website states, “We are a network of people and organizations from across Europe dedicated to revealing and combating propaganda and disinformation. Our broader aim is also to educate on how to spot disinformation and verify sources. This kind of work attracts the extremely hostile and aggressive attention of disinformation actors, like the Kremlin and its various proxies, so we hope you understand that our members mostly prefer to remain anonymous.”

Leading figures at the IoS utilise “clusters” of politicians, high-ranking military officials, academics and journalists in countries around the world, ensuring that British imperialism’s aims are reinforced and justified with a constant barrage of propaganda, including influencing social media discussion—with the most obvious target being Russia.

The latest leaked documents point to a massive operation aimed at subverting politics in the UK, with the leader of Her Majesty’s Opposition a main target. 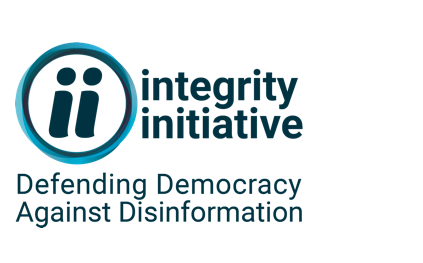 It’s ironic – the website banner of the Integrity Initiative

An investigation by Daily Record/Sunday Mail revealed that the Twitter account of the Integrity Initiative was used to spread lies and disinformation about Corbyn and his inner circle.

This includes retweeting links to articles, including by two journalists from The Times—Edward Lucas, who is one of 22 individuals named as part of the Integrity Initiative’s UK cluster’s “Inner Core” assigned to monitor Russia—and Mark Edmonds, the associate editor of the Sunday Times magazine.

The Integrity Initiative’s role in the anti-Corbyn campaign confirms the involvement of the highest echelons of the state in the UK, US and Israel in slandering the Labour leader as a dupe of the Eastern European intelligence agencies, an anti-Semite and threat to national security. This was aimed at curtailing the development of a leftward movement among workers and youth that found initial expression in support for Corbyn.

The Institute of Statecraft has close ties to Britain’s military and intelligence agencies. It’s senior manager, Chris Donnelly, was a reserve officer in the British Army Intelligence Corps and previously headed the British Army’s Soviet Studies Research Centre at Sandhurst. The Sunday Mail is in possession of documents that “suggest he was appointed an ‘Honorary Colonel in Military Intelligence’ in 2015—the year the Integrity Initiative was formed.”

The Institute of Statecraft’s spokesman, Stephen Dalziel, was a leading figure at the BBC’s World Service, having spent 16 years there from 1988. But before this, according to an online biography, he “joined the Soviet Studies Research Centre at the Royal Military Academy, Sandhurst. Using unclassified primary Soviet sources, the Centre worked closely with the Armed Forces to give an accurate picture of the situation in the Soviet Armed Forces by way of lectures and research papers … [and Dalziel] continued to travel to the USSR, as well as making frequent visits to Berlin—West and East.”

The names of at least nine journalists include four from Rupert Murdoch’s Times/Sunday Times, which has played a central role in the anti-Corbyn smear campaign—Deborah Haynes, David Aaronovitch, Dominic Kennedy and Edward Lucas. Also named is leading Guardian columnist and leader writer, Natalie Nougayrede, who was previously the executive editor and managing editor of French daily Le Monde. The other journalists named are the BBC’s Jonathan Marcus, Neil Buckley of the Financial Times and a freelancer, Bruce Jones.

In its article, the Sunday Mail notes that Integrity Initiative tweeted an excerpt from an article stating, “Mr Corbyn was a ‘useful idiot’, in the phrase apocryphally attributed to Lenin. His open, visceral anti-westernism helped the Kremlin cause, as surely as if he had been secretly peddling Westminster tittle-tattle for money…”

This refers to a comment headlined, “Jeremy Corbyn’s sickening support of Soviet empire,” originally published on February 22 in the Times by Integrity Initiative cluster member Edward Lucas. Lucas is named in the UK Cluster document as a member of the “Inner Core—Russia” team, along with US neo-con journalist Anne Applebaum.

Integrity Initiative also retweeted excepts from four other anti-Corbyn articles. One of these from a blogger, Connor P, was headlined, “Novichok for the Soul. Jeremy Corbyn and the murder of the Russian spy” and was retweeted by Blairite Guardian journalist and leading anti-Corbyn fanatic, Nick Cohen.

The last attack on Corbyn retweeted by the Integrity Initiative was less than three months ago, on September 20, just three days before the opening of Labour’s annual conference. It was an article published by politics.co.uk and headlined, “Skripal poisoning: It’s time for the Corbyn left to confront its Putin problem.”

Corbyn’s main adviser and director of communications, Seamus Milne, was also singled out for attack by Integrity Initiative, which retweeted another Times article, by Mark Edmonds. In an extensive profile of Milne, it cited a statement from Conservative MP Bob Seely, described as a “Russia expert and member of the foreign affairs select committee.” Seely said Milne is “not a ‘spy’… That would be … beneath him. But what he has done, wittingly or unwittingly, is to work with the Kremlin’s agenda against the interests of western liberal democracies. I have little doubt they see him as an ally against the UK, the US, Nato.”

The Murdoch empire has spent much of this year organising a series of hatchet jobs on Corbyn. Earlier this year, as Lucas was publishing his article, Murdoch’s Sun made scurrilous claims that Corbyn was a paid informer for the Czech secret service in the 1980s as it editorialised that Corbyn “cannot be allowed the keys to No 10.”

In September, the Times regurgitated long-discredited assertions that former left Labour leader Michael Foot was a Kremlin agent. It once again referred to Lucas’ statement that Corbyn and others on the left of the Labour Party historically were “useful idiots” and, in a clear reference to Corbyn, said the claim that Foot was paid by Moscow had “topicality as well as historical significance.”