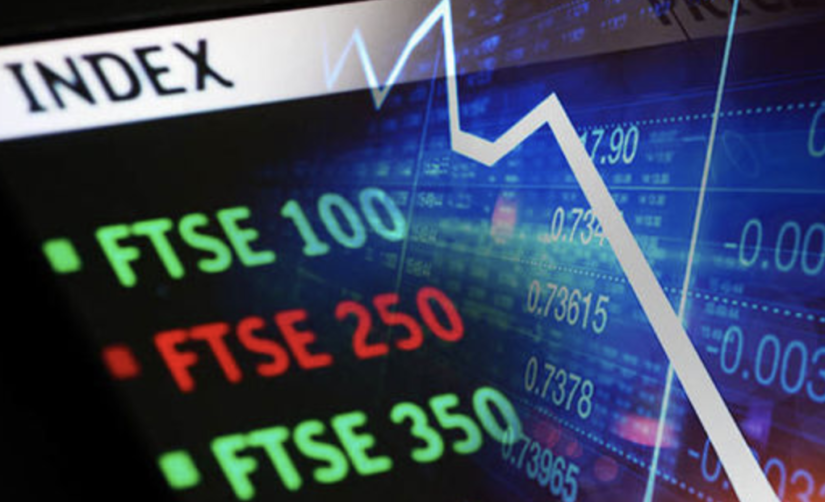 The FTSE 100 index slumped this morning after Moody’s downgraded its outlook on the UK’s credit rating, while global stocks took a hit on continued uncertainty over US and China trade talks and escalating violence in Hong Kong.

The FTSE 100 fell as much as 0.7 per cent this morning, dragged down by Evraz, Rolls-Royce, Anglo American, Glencore and NMC Health, handing back most of the gains accumulated last week.

The FTSE 250 index was down 0.16 per cent after Moody’s downgraded the UK’s credit rating from “stable” to “negative” due to the ongoing political uncertainty caused by Brexit and the upcoming general election.

Connor Campbell, financial analyst at Spreadex, said: “The UK index dropped half a per cent, its commodity and banking stocks driving it lower. That took the FTSE back to 7320, having crossed 7400 at points last week.”

“The likes of Barclays, Lloyds, Standard Chartered and RBS have likely been hurt by Moody’s downgrading of its outlook on the UK’s current credit rating from ‘stable’ to ‘negative’, highlighting the country’s ‘paralysis in policy-making’ as Brexit continues to suck air out of the room.”

The economy has managed to duck an expected recession based on fears of Brexit so far. On an annual growth basis, the UK economy is dragging its feet behind the US and France as well as countries like Spain, Belgium and Austria. UK GDP is up just 1% year to date and 0.3% in Q3 and now 3rd out of G4 US, France, UK and Italy. Agriculture fell back 0.2% in Q3.

This is the slowest growth for the UK economy since the global financial crash in 2008.