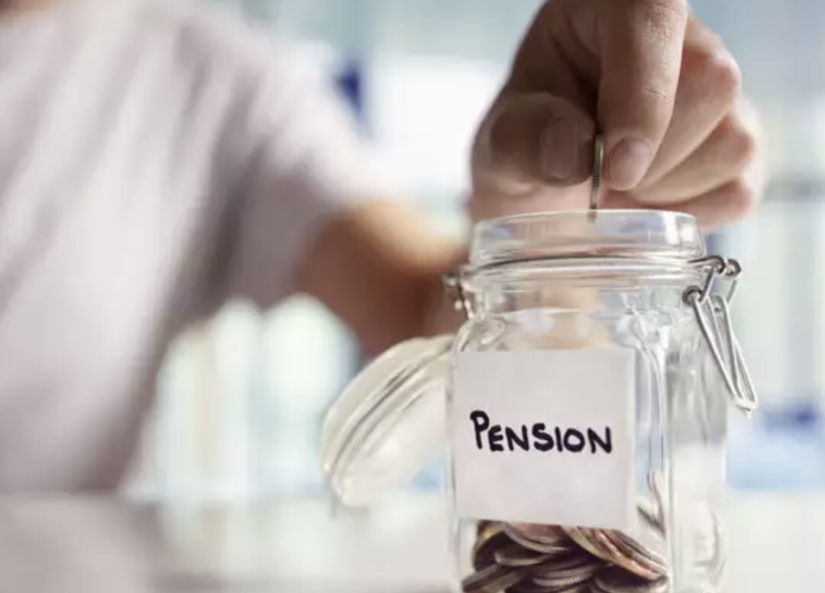 By TruePublica: An interesting story emerged in the FT back in 2018. Its article stated that the UK state pension was the worst in the developed world, according to data from the Organisation for Economic Co-operation and Development (OECD). Its headline “UK state pension worst in developed world” states exactly that. However, whilst this is not misleading, it fails to draw the reader to a much bigger crisis buried further down the article.

The article focuses on current state pensions. “As a percentage of average earnings, the UK government pays out 29 per cent, putting it at the bottom of a table which is led by the Netherlands, which pays 100.6 per cent, Portugal, which offers 94 per cent, and Italy, which gives 93.2 per cent.”

“The UK is joined at the bottom of the list by Poland and Mexico, but all these countries still pay better state pensions, the report by the group of developed nations showed. The middle of the pack is where both Germany and the USA sit at around 50 per cent.”

The average across the OECD is more than double the UK’s current state pension payout at 62.9 per cent.

The Netherlands, sitting at No 1 – has a national debt against GDP of just 52.4% – whereas the UK’s constantly rising national debt is heading ever more closely to 90 per cent. This point needs to be remembered because unlike the Netherlands, Britain’s national debt is expected to continue rising to keep the economy afloat – and therefore, there is less space to borrow money for a crisis.

Baroness Ros Altmann, a former pensions minister, said the figures showed the UK’s state pension was not sustainable. She said: “With our ageing population, and a decline in traditional final salary-type pension schemes, the UK faces rising risks of old-age poverty. To avoid burdening younger generations with significant tax rises, it is vital that more is done to boost private pension saving.”

The article also mentions that in order to receive the full basic state pension, people would need to have paid National Insurance for at least 35 years. This is after some legal changes to the system since 2016.

Then, two thirds of the way down the article comes some really bad news.

Then came the point of the article that the FT article does not really point to. Altmann then goes on to say – “Beyond the 2030s, the new state pension will be lower than the old system for most people and the lowest paid, predominantly women, will generally lose significantly from the new system. Despite this, the government has been advised, by its own actuaries, that the costs of paying state pensions will soar so much over the next 20 years and beyond, that further cuts could be required.”

And as if the threat of a state pension that is already the worst in the developed world, being reduced yet further isn’t bad enough, there’s some really, really bad news.

The Government’s own Actuary Department has warned the National Insurance fund – which pays the state pension and other social benefits – will run out of money around 2032.”

One of the options being considered is to drop the triple lock, under which the state pension increases each year in line with whichever is the highest: consumer price inflation, average earnings growth or 2.5 per cent. Over a twenty-year period this would significantly reduce state pensions by something like 20 to 30 per cent depending on economic performance and the route taken.

Quietly mentioned further down the article is this little gem – “The Government Actuary’s Department (GAD) has warned the National Insurance fund – which pays the state pension and other social benefits – will run out of money around 2032.”

From here, even the best-case scenario looks dire.

Already, the government has calculated that changes to the state pension age will still leave 7.6m people significantly worse off, according to an analysis by the House of Commons Library.

This analysis from the GAD also showed that state pension benefits are responsible for over 90 per cent of the expenditure from the fund.

Just two months ago, it was very quietly reported that official figures showed fewer than half the UK’s pensioners get the full state pension anyway, prompting renewed fears over widespread old-age poverty.

“the over-65s rely heavily on the state pension for their income, with £6 in every £10 coming from the state”

The Department for Work and Pensions (DWP) data revealed that of the 1.1 million people who receive the new state pension, only 44 per cent or just under 500,000 pensioners receive the full amount of £168.60 a week or £8767.20 a year (A similar number receive at least three-quarters, but aren’t eligible for the full amount).

Under the old system, around 65 per cent of state pension recipients received the full, lower amount, potentially topped up with other benefits. The DWP is clearly not helping them and that in turn helps the government to save money.

Stephen Lowe, group communications director at Just Group said – “Putting aside the thorny question whether the state pension alone can provide an adequate standard of living, the truth is that most people retiring since the reforms in 2016 do not even receive the full amount of state pension. It raises concerns that the level of the ‘safety net’ income provided by the state pension may be lower than people think.”

So, if you are due to become a pensioner in twelve years time, the idea of topping up a healthy private retirement income with the state benefit is actually just another illusion the government likes to promote. Just Group’s research shows that the over-65s rely heavily on the state pension for their income, with £6 in every £10 coming from the state.

About 20 per cent of the UK’s over-50s have no private pension savings at all and those that do only provides them with an income of around £7,500 a year on top of their state benefits.

According to the Pensions and Lifetime Savings Association, we need £20,200 a year (£1,680 pm) for a “moderately comfortable retirement” covering basic expenditure like food, energy and transport as well as some luxuries like one European holiday a year.

It’s worse for women. Two-thirds of women are reliant on the state pension for their income in old age compared with less than half of men.