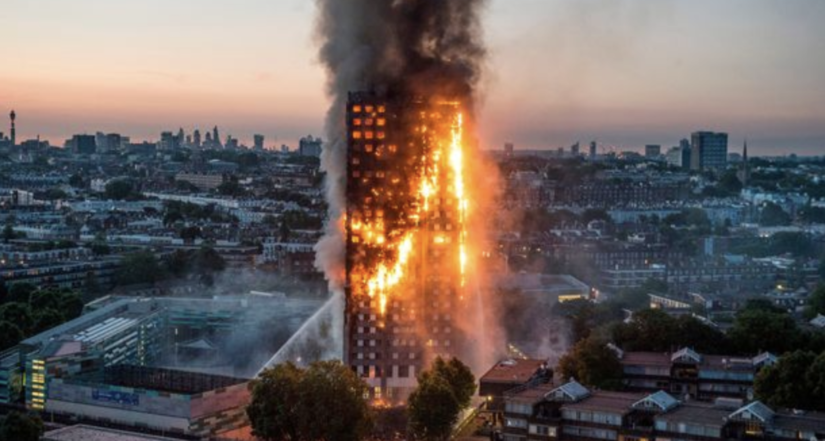 Two of the Grenfell Inquiry’s independent experts were invited to attend an advisory group meeting with lobbyists for combustible insulation manufacturers. Both previously advised the inquiry against banning these products from high rises.

Professors Luke Bisby and Jose Torero were among 11 ‘external representatives’ present at the meeting of the Modern Building Alliance – a group that describes itself as “an alliance of trade associations and companies that represent the plastics industry in the construction sector”.

The meeting involved discussion of the UK ban on combustible material on high rises, which was described as a “key commercial risk” to the industry.

Both professors – part of a specially assembled team of experts who advise the Grenfell inquiry on technical fire safety matters – have previously advised the inquiry against extending the combustibles ban.

A spokesperson for the inquiry said that the experts were free to attend as “independent academics”.

The meeting involved discussion of the post-Grenfell ban on the use of combustible insulation on high rises – implemented in 2019 in the UK.

The minutes record that some participants felt it was a “key commercial risk” to the industry and would “harm the commercial interests of its members”. Human safety and property protection were also identified as top priorities.

The attendance of Professors Bisby and Torero at this meeting came after they had been invited to write short reports advising Grenfell inquiry chair Sir Martin Moore-Bick on potential policy recommendations.

These reports, written earlier in 2019, were released in October when Sir Martin’s first phase report was published.

Professor Torero, a leading academic from University College London, wrote against the idea of banning materials based on a specific fire classification, concluding: “Introducing further bans/restrictions on the basis of classifications that are a product of inadequate testing will not resolve the issue of ‘adequate level of vertical flame spread’.”

Professor Bisby, who leads a team at the University of Edinburgh, included a whole section in his report on the combustibles ban. He wrote: “lt is my opinion that this approach (ie the ban) undermines the ‘outcomes based’ approach to fire safety” that is supported by the Hackitt Review…

“While ‘a ban’ may be politically appealing under the circumstances, I am concerned that, by promoting a regulatory approach wherein designers are discouraged from being competent and taking responsibility for their designs, the manner of its implementation could lead to unintended and negative consequences across the construction sector.”

Read the full article at Inside Housing – Including the inquiry Phase Two Timeline and organisations at the centre of it.

The Grenfell Tower inquiry is currently on hold until at least 24 February while the attorney general considers an application to provide an assurance to witnesses that their oral evidence will not be used to prosecute them.