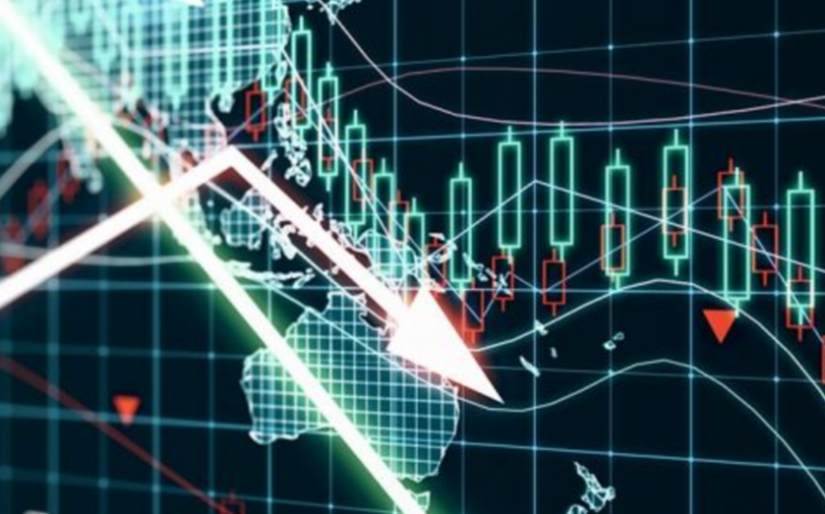 By Nick Beams – wsws.org: The International Monetary Fund (IMF) has forecast the best year for global economic growth since the 2008 crisis, but a rather different picture emerges from its analysis of financial conditions.

In its Global Financial Stability (GFS) report issued earlier this week, the IMF points to the build-up of $135 trillion of debt in the G20 economies. It also highlights the difficulties facing the world’s major central banks in trying to wind back the quantitative easing programs that have pumped trillion of dollars into the global financial system.

Presenting the report, Tobias Adrian, the head of the IMF’s financial department, said while the financial system was stronger, thanks to growth and low interest rates, “dangers in the form of rising financial vulnerabilities are starting to loom.”

Central bankers were maintaining easy policies to support growth and this was “breeding complacency and allowing a further build-up of financial excesses,” he stated.

“Non-financial borrowers are taking advantage of cheap credit to load up on debt. If left unattended, these growing vulnerabilities will continue to mount, threatening to derail the economic recovery when shocks occur.”

Adrian noted that before the financial crisis there were $16 trillion in relatively safe investment-grade bonds yielding more than 4 percent. “That has dwindled to just $2 trillion today. There is simply too much money chasing too few high yielding assets. The result is that investors are taking more risks and exposing themselves to bigger losses if markets tumble.”

Further details were provided in the report. It pointed out that today only 5 percent of investment-grade bonds yield more than 4 percent, compared with 80 percent ($15.8 trillion) before the crisis.

“Asset valuations are becoming stretched in some markets as investors are pushed out of their natural habitats, and accept higher credit and liquidity risks to boost returns,” it stated.

Indebtedness in major economies is increasing and now stands at 235 percent of gross domestic product for the G20 group of countries that make up about 85 percent of the world economy. Debt servicing pressures and debt levels in the nonfinancial sector were already high in several major economies, with Australia, Canada, China and South Korea singled out for specific mention.

Significantly, given its high and growing debt levels, Australia was one of the few major economies for which the IMF revised its growth outlook downwards.

While the IMF lifted its global growth forecast from 3.5 to 3.6 percent, it slashed its Australian figure to just 2.2 percent, compared to the 3 percent growth anticipated six months ago.

One of the report’s key aspects was to draw attention to the contradictions confronting central banks as they move to “normalise” monetary policy and pull back on the stimulus provided by quantitative easing that pumped trillions of dollars into global financial markets.

Central banks, it said, envisaged having to provide continuing economic and financial support with interest rates rising only slowly and the “gradual normalizing” of monetary policy expected to take years.

The “unconventional” monetary policies of the past period—ultra-low, and in some cases even negative interest rates, and the buying of financial assets by central banks under the quantitative easing program—had changed the working of financial markets. They were now “much less predictable than in previous cycles.”

That is, the very policies of the central banks have created completely uncharted territory as far as the workings of financial markets are concerned, with no historical precedents to provide a guide. In other words, these key institutions are, to a great extent, flying blind.

According the GFS report: “Abrupt or ill-timed shifts could cause unwanted turbulence in financial markets and reverberate across borders and markets. Yet the prolonged monetary support envisaged for the major economies may lead to the build-up of further financial excesses.”

The IMF analysts examined a downside scenario in which the “repricing of risks,” that is, rising interest rates, was combined with falling asset prices and a pullback of investment in emerging markets.

Such a situation would lead to a “significant” tightening of financial conditions and a fall in global output of about 1.7 percent relative to current predictions. According to this model, the impact would be about one-third as severe as the global crisis of 2008-2009.

However, given the new conditions that have emerged as a result of the policies since the global meltdown, the outcome could be more severe. In reality, the estimate is not much more than an educated guess.

As far as the banking system is concerned, the report said the health of what it called globally systematically important banks (GSIB) was continuing to improve because of stronger capital and liquidity requirements.

But banks representing about $17 trillion in assets, around one-third of the GSIB total, “may continue to generate unsustainable returns” even by as late as 2019. That is, they still do not have a sound business model and “problems in even a single GSIB could generate systemic stress.”

The report drew attention to the state of Chinese banks, warning that the “size, complexity and pace of growth” in the country’s financial system “point to elevated financial stability risks.” Chinese banking sector assets have risen from 240 percent of GDP at the end of 2012 to 310 percent at present.

Publicly, central banks and financial authorities more generally try to portray themselves as being in control of the capitalist economy. But behind the scenes a very different picture emerges.

For the past three decades and more, central bank monetary policy has been based on the so-called Phillips curve. This purports to establish a relationship between unemployment and inflation: as the jobless rate falls, inflation starts to increase because of increased wage demands. Based on this model, interest rates should be increased as inflation starts to rise.

However, in the period since the global financial crisis, while the headline official rate of unemployment has fallen, wages have either stagnated or declined and inflation remains persistently below the targets adopted by central banks of around 2 percent. This is largely due to the fact that the labour market has undergone a major transformation in all advanced economies with the replacement of full-time jobs with part-time, contract and casual employment.

The perplexity in ruling financial circles under post-2008 conditions was summed up in a major article published in the Financial Times (FT) this week. It reported that as central bankers gathered in Washington for the annual IMF meeting “there was a crisis of confidence.”

“Their models are failing and there are doubts whether they understand the effects of interest rates and other monetary policies on the economy.” The FT warned that the new “masters of the universe” might not understand the workings of the economy and “their well-intentioned actions could prove harmful.” While the central banks had always had their critics, “such profound doubts have never been so present in their narrow world.”

This assessment points to the fact that, in the period since 2008, far from having overcome the contradictions in the system over which they preside, the ruling financial elites have simply created the conditions for a new and potentially even bigger disaster.