John Pilger’s new film in cinemas and on TV released 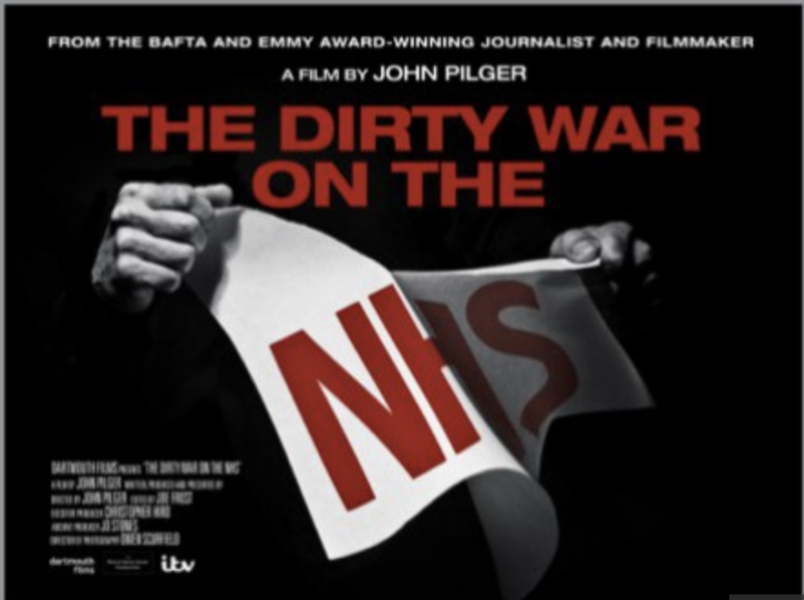 The new John Pilger film, The Dirty War on the NHS, will be released in cinemas in the UK on 1 December and broadcast on the ITV Network on 17 December.

The film’s launch will straddle an extraordinary period in Britain, especially an election campaign such as right now. The film’s theme, the privatisation and destruction of the NHS, is already a major election issue.

“The Dirty War,” says Pilger at the beginning of the film, “is about democracy. Above all, it is a warning.”

John Pilger’s new documentary, The Dirty War on the NHS, “goes to the heart of the struggle for democracy today”, he says. Britain’s National Health Service, the NHS, was the world’s first universal public health service. Designed to give millions of people “freedom from fear”, the NHS today is under threat of being sold off and converted to a free market model inspired by America’s disastrous health insurance system, which results in the death every year of an estimated 45,000 people. Now President Trump says the NHS is “on the table” in any future trade deal with America. Filmed in Britain and the United States, this timely, compelling documentary touches us all and reveals what may be the last battle to preserve the most fundamental human right.

For screenings and tickets, go to: