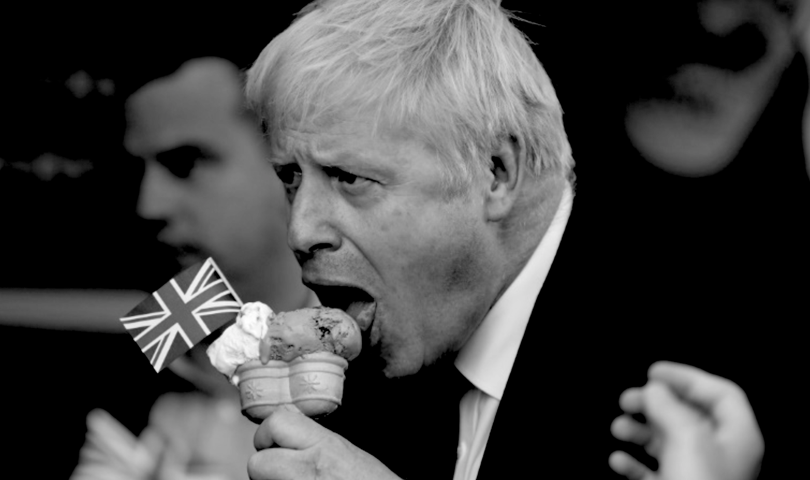 By TruePublica Editor: The short answer to the ever more shrill question about Boris Johnson’s premiership is that he will not last for very much longer given the current trajectory of abject failure.

Many people have absorbed the Sunday Times story in one format or another – any many more have read snippets passed around that has littered social media for the last 48 hours. The sense of outrage is palpable.

The government has disputed the findings. But who really believes a government that got into power in the first place by lying, peddling misinformation and manufacturing fake news – when you’re in the middle of a crisis that threatens just about every family in the country.

The line up of catastrophic decision making, supported by the likes of Murdoch and Trump speaks volumes. Dismissive of the non-stop warnings and a failure to act has led directly to a lot of dead people in Britain – and the public will not forget that fact easily.

They won’t forget that when the Prime Minister was supposed to be looking at the evidence, speaking to experts and preparing for the obvious national crisis heading our way – he was lost in his own world of cratering personal relationships, divorce, freebie second holidays and other such nonsense.

When he did wake up – he decided it was easier to manage it by letting it ‘wash over us’ – termed ‘herd immunity.’ It was also lost on Boris Johnson and his hopeless incompetent team that herd-immunity is a vaccine based model, not a model designed to protect a nation from a killer viral pandemic.

Documents revealed by TruePublica showed the government knew a pandemic was inevitable, it tested the NHS for such an event and then suppressed the results as it didn’t fit with their aggressive privatisation plans. More intensive care beds and ventilators would cost money,  so their response was to sell off vital supplies of PPE and make some money.

When it dawned on the government that the crisis had not just arrived but was too late to do anything and thousands would die – astonishingly, they decided to formally downgrade the coronavirus COVID-19. All other epidemics such as SARS and MERS that killed very few in Britain remained a high priority infectious disease.

Somehow, there was a complacent belief that it was not for the UK government to intervene in something like a pandemic, most especially because the one thing they did realise was that a lockdown would destroy the economy – and that was a price too high for them. And it still is. This is neoliberal economic policy in the hands of extremists, not rational normal people.

And Johnson’s fight is not just about COVID-19 anymore. He’s now fighting medics on the frontline who squarely blame his government for needlessly treating them like cannon fodder and frightened families losing loved ones in addition to some of the once friendly mainstream media who have now about-turned and become hostile.

At the end of the last election, the mainstream media were in a critical spotlight for their coordinated push against the political opposition with the result that they had lost a huge amount of public faith in them – and they know it. This crisis is their chance to get the public back on side and that is exactly what we are seeing – albeit, they could be asking even more questions than they are.

Richard Murphy from Tax Research UK rightly points out that – “The government has tried to rebut the detailed claims in the (Sunday Times) article. I suspect they protest too much and harm their cause by doing so. It does not matter whether the PM attends Cobra as a matter of routine or not. His judgement on this issue was so wrong he did miss five. And that error of judgement is his crime. It’s not just the journalists who have lost faith in him though. I suspect the public has over PPE. And they will support the doctors who might refuse to work without protection on this issue.”

The Scottish government is now rightly distancing itself from Westminster – as the seat of power in Britain now stinks of rotting deadwood.

So, has Boris Johnson been found guilty of negligence in public office and is he too toxic for a Tory party that is quickly bailing the water out of a sinking ship? I doubt it yet, but he’s getting really close. The UK is rapidly closing in on 20,000 officially listed COVID-19 deaths but that doesn’t include other numbers such as care homes and home deaths that will come to the foreground soon. It is also clear and telling that Rupert Murdoch has now abandoned the Johnson ship – confirmed in this Sunday Times story.

The charge of incompetence and negligence is now well and truly laid and the public has just about made up its mind here. There is a moment when all the evidence of failure will be overwhelming and I suspect that moment will arrive quite soon.

And the evidence is there to suggest that the UK death toll from COVID-19 may well increase for many months to come – too long for non-stop failure to continue. We could easily see 25,000 in the headlines, but 30,000 will surely be the tipping point – and that is now in sight. Then the economic crisis of the lockdown will unfold and the wider public health crisis will follow it. The headlines will then follow the raised unemployment, bank repossessions, more homelessness and food banks lining every high street in the country. There will be no ‘V’ shaped recession. Throughout all of this, Boris Johnson, the one-trick Brexit pony – who never had any original ideas will offer an austerity weary, virus-ridden citizenry nothing more than a bigger recession. Getting Brexit done is no longer a high priority. Helping the people recover and get over a crisis that was deepened by populism and empty three-worded slogans will be.

I think the Sunday Times knows this. They see the writing on the wall. So does Murdoch – and he can small a political dead body in the water from miles. Richard Murphy again – “They sensed Johnson will go the way of Chamberlain and others who are overwhelmed by events during the crises whose early events they oversee. To put it another way, they do not think Johnson is a Churchill. They think he’s an Asquith. And so his days are decidedly numbered and they got their attack in early.”

Politico feels the same way as its headlines focus on the PM’s failure to be anything like his hero Churchill – “Boris Johnson faces up to his history moment.” Various other news outlets are now following the same path and seriously questioning Britain’s leadership in a time of crisis.

There is the strong possibility that Johnson will throw colleagues under the COVID bus in a bid to save his own skin. But that strategy may not work from within of course.

We have all seen a vacuous opportunist fail in real-time. It is more likely that they will no doubt keep him in position until they have their ducks in a row once again and throw Johnson to the wolves.

The question is who will take his place and when – but maybe the bigger question is what will they do that will be so different that it makes a real difference?