Killed By The State 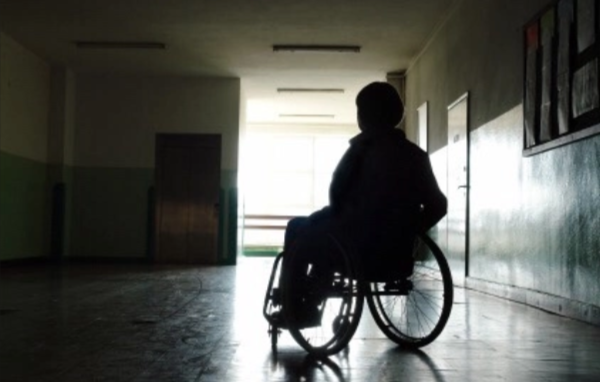 By Mo Stewart: Independent Disability Studies Researcher: October 2018 was the tenth anniversary of the adoption of the Work Capability Assessment (WCA) by the Department for Work and Pensions (DWP), as used by successive UK governments to restrict access to the long-term sickness and disability benefit known as the Employment and Support Allowance (ESA).

Introduced by the New Labour government, little did anyone realise that the adoption of the ESA in October 2008 would generate death, despair and preventable harm to so many of the nation’s most vulnerable claimants resulting from the use of the fatally flawed WCA.

The most radical reform in British social security policies since the 1942 Beveridge Report was promoted by the DWP as offering opportunity and releasing the potential of chronically sick and disabled people. The reforms have been described ever since by politicians as “supporting” those in receipt of long-term sickness and disability benefits to return to work; regardless of clinical diagnosis or prognosis which is completely disregarded by the WCA, rendering the assessment both meaningless and dangerous.

“This morning the government released mortality statistics – or rather, was forced to after several freedom of information requests – that show more than 80 people a month are dying after being declared “fit for work”. These are complex figures but early analysis points to two notable facts. First that 2,380 people died between December 2011 and February 2014 shortly after being judged “fit for work” and  rejected for the sickness and disability benefit, Employment and Support Allowance (ESA). We also know that 7,200 claimants died after being awarded ESA and being placed in the work-related activity group, by definition, people whom the government had judged were able to “prepare” to get back to work.”

Identified as a non-medical functional assessment, the Waddell-Aylward biopsychosocial (BPS) assessment model was created at the Centre for Psychosocial and Disability Research (the Centre), at Cardiff University, when sponsored with £1.6million by Unum (Provident) Insurance, who had been official UK government advisers on “welfare claims management” since 1994.

Commissioned by the DWP, The Scientific and Conceptual Basis of Incapacity Benefits  was rapidly produced at the Centre in 2005, with the recommendation that the medical model should be disregarded when assessing claimants for out-of-work disability benefits. The totally discredited Waddell-Aylward BPS assessment model as used for the WCA disregards the diagnosis, prognosis and past medical history of the ESA claimant. Deaths were always inevitable.

“The Waddell-Aylward BPS [model] has remained largely unexamined within academic literature, although it has not escaped critique by disability activists (e.g. Jolly 2012, Lostheskald 2012, Stewart 2013, Berger 2014). In this article we build on these political challenges with an academic analysis of the model and the evidence used to justify it. We outline the chief features of the Waddell-Aylward BPS [model] and argue that, contrary to Lord Freud’s comments above, there is no coherent theory or evidence behind this model. We have carefully reviewed claims in Waddell and Aylward’s publications; compared these with the accepted scientific literature; and checked their original sources, revealing a cavalier approach to scientific evidence.”

Unum (Provident) Insurance were identified in 2008 as the second worst insurance company in America. Yet, as official government advisers since 1994, the company fully expected to gain from the UK welfare reforms, and the planned future significant reduction of the numbers eligible for State funded welfare support for sickness and disability; with the expectation that middle England would begin to purchase private health insurance once it was established that the welfare state was being systematically demolished.

The influence of Unum (Provident) Insurance with the UK welfare reforms was demonstrated in the supplementary memorandum(s) provided for the Work and Pensions Select Committee following the publication of the Welfare Reform Green Paper. The memorandum(s) clearly listed the transformation of the former Incapacity Benefit to the new ESA. The requirement to resist diagnosis, revise the ‘sick note’, encourage the government to focus on ability and not disability, change the name of Incapacity Benefit, and benefits not to be given on the basis of a certain disability or illness but on capacity assessments have all come to pass when influenced by Unum (Provident) Insurance.

Ten years after the introduction of the WCA in October 2008 the chronically ill and disabled community who are unfit to work, and whose financial and physical survival is dependent upon social security benefits, now live in fear of the DWP. The arrival of yet another brown envelope, summonsing claimants to another fatally flawed WCA to resist access to the ESA, is viewed with anxiety and fear. The use of benefit sanctions, which removes all income, has been excessively used for the sick and disabled community with examples of chronically ill people, quite literally, starving to death. Disregarding all evidence of preventable harm, the DWP  reduced the income of the ESA by £30 per week to the same level as the unemployment benefit, which the DWP justified as being to prevent any possible financial incentive to apply for the ESA…

Sadly, the DWP’s extreme right-wing social security policies for long-term sick and disabled claimants means the DWP disregard the additional costs of being disabled, and any human consequences could be easily disregarded as being acceptable “collateral damage”.

These relentless fatally flawed “assessments” using the WCA are often for claimants with a permanent health condition that can’t ever improve, regardless of the ongoing intimidation and coercion by the DWP. The removal of the psychological security of the welfare state was guaranteed to create a disturbing increase in serious mental health problems, which the DWP choose to totally disregard.

“Each additional 10,000 people reassessed (using the WCA) in each area was associated with an additional 6 suicides, 2700 cases of reported mental health problems, and the prescribing of an additional 7020 antidepressant items. The reassessment process was associated with the greatest increases in these adverse mental health outcomes in the most deprived areas of the country, widening health inequalities. In assessing the costs and benefits of policies that introduce tougher medical assessments for disability benefits, policymakers need to take into account the consequences, not only in terms of the effects on employment, but also the impact on health and the risk of poverty of people with disabilities… Our study provides evidence that the policy in England of reassessing the eligibility of benefit recipients using the WCA may have unintended but serious consequences for population mental health, and there is a danger that these adverse effects outweigh any benefits that may or may not arise from moving people off disability benefits.”

Guided by corporate America for twenty five years, the UK welfare reforms and austerity measures, as adopted by successive UK governments, were always destined to cause death, despair and preventable harm on route to the demolition of the UK welfare state to eventually be replaced by private healthcare insurance. The question remains as to how many more chronically ill and disabled people will die when, quite literally, killed by the State?

Mo Stewart is a former healthcare professional, a female disabled veteran and, since 2009, has researched the influence of corporate America with future UK welfare reforms. Mo is the lead independent researcher in the UK who exposed the long-standing plan to demolish the UK welfare state, to be eventually replaced with private healthcare insurance as successive UK governments were guided by Unum Insurance since 1992. ©Mo Stewart, 2018

This article was originally published at TruePublica in 2018