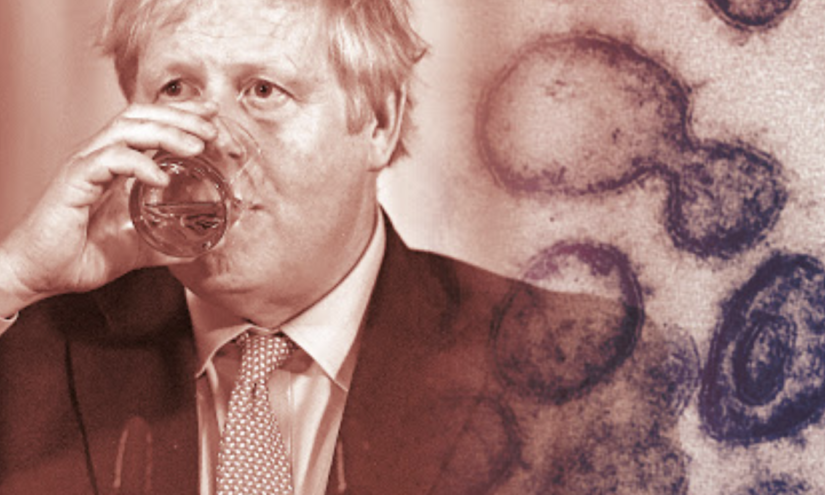 An editorial piece in The Lancet – the world’s most prestigious, and best known general medical journal warned two months ago of the oncoming conflict between an ill-prepared, under-funded national health service and an indiscriminate invisible killer in the form of the 2019 coronavirus. More recently The Lancet warned again of the problems that health workers would be facing and yet the government took no notice – until it was too late:

“As the pandemic accelerates, access to personal protective equipment (PPE) for health workers is a key concern. Medical staff are prioritised in many countries, but PPE shortages have been described in the most affected facilities. Some medical staff are waiting for equipment while already seeing patients who may be infected or are supplied with equipment that might not meet requirements. Alongside concerns for their personal safety, health-care workers are anxious about passing the infection to their families. Health-care workers who care for elderly parents or young children will be drastically affected by school closures, social distancing policies, and disruption in the availability of food and other essentials.

Health-care systems globally could be operating at more than maximum capacity for many months. But health-care workers, unlike ventilators or wards, cannot be urgently manufactured or run at 100% occupancy for long periods. It is vital that governments see workers not simply as pawns to be deployed, but as human individuals. In the global response, the safety of health-care workers must be ensured. Adequate provision of PPE is just the first step; other practical measures must be considered, including cancelling non-essential events to prioritise resources; provision of food, rest, and family support; and psychological support. Presently, health-care workers are every country’s most valuable resource.”

The Lancet takes aim at governments around the world, including the British government, that these front-line healthcare workers are being deployed in a way that will inevitably cause them to be infected and die needlessly.

Richard Horton – editor-in-chief of The Lancet – is clearly angry at the British response and wrote a scathing and highly critical article in The Guardian last week. He asked – “After all the warnings why did it take the UK government eight weeks to recognise the seriousness of what we now call Covid-19?”

“We can’t afford to fail again. We may not have a second chance”

The Lancet published the first report submitted by Chinese scientists in mid-February. Horton goes on – “Under immense pressure, as the epidemic exploded around them (the Chinese Scientists), they took time to write up their findings in a foreign language and seek publication in a medical journal thousands of miles away. Their rapid and rigorous work was an urgent warning to the world. We owe those scientists enormous thanks.”

And as Horton says – “But medical and scientific advisers to the UK government ignored their warnings. For unknown reasons they waited. And watched.” Horton is clearly still stunned by Britain’s response. He bemoans the controlled epidemic strategy of the ‘herd immunity’ as promoted by the two government experts who are regularly wheeled out to explain what is supposed to be going on. Sir Patrick Vallance, the government’s chief scientific adviser, suggested that the target was to infect 60% of the UK’s population.

There is a reason why this strategy was the preferred one. The government had been warned of the pandemic four years earlier. It was such a foregone conclusion that the NHS went through a three-day exercise to model the outcome of a flu-like pandemic. The Chief Medical Officer at the time warned that the health service would not cope under such circumstances, specifically focusing on the lack of equipment, intensive care beds and most especially – “the real threat of totally inadequate ventilation.” Three previous tests and reports said the same and an updated report in 2018 meant that the Conservative government, in their quest for austerity and deliberately under-funding the NHS, knew all along that a pandemic was certain – and did the opposite of what was required to defend the country against such a threat.

Horton looks at the moment when the government realised their ‘herd immunity’ strategy had imploded. “Many journalists, led by the BBC, reported that the science had changed and so the government had responded accordingly. But this interpretation of events is wrong. The science has been the same since January. What changed is that government advisers, at last, understood what had really taken place in China. The UK’s best scientists have known since that first report from China that Covid-19 was a lethal illness. Yet they did too little, too late.”

Even as the catastrophe in Italy unfolded, the British government sat on its hands confident that what they were seeing live in southern Europe would somehow not happen in Britain. And as Horton says – “We had the opportunity and the time to learn from the experience of other countries. For reasons that are not entirely clear, the UK missed those signals. We missed those opportunities. There will be deaths that were preventable. The system failed. I don’t know why. But, when we have suppressed this epidemic when life returns to some semblance of normality, difficult questions will have to be asked and answered.”

In the meantime, our frontline health workers are inadequately protected, the country unprepared and people will needlessly die. This episode is a lesson that needs to be learned because next time, the virus could be more infectious and more deadly and as Horton says – “we can’t afford to fail again. We may not have a second chance.“