Leaked: Johnson to use NHS privatisation failure as centre piece in snap election 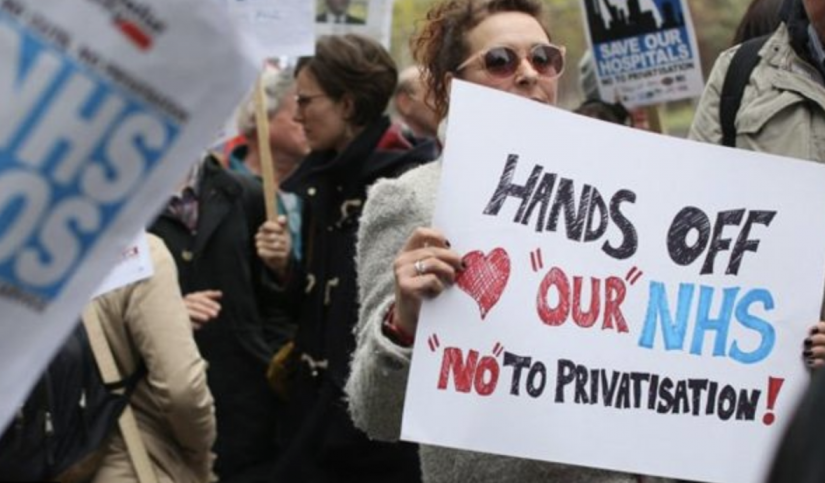 In 2013, the Conservative party famously went about purging its website and the internet of press releases it made about its 2010 manifesto promises. Basically, they lied to get into power and U-turned on the most significant of promises.

In the week before the 2010 general election, David Cameron promised that there would be no top-down reorganisations of the NHS and no cuts. “What I can tell you is, any cabinet minister, if I win the election, who comes to me and says: “Here are my plans,” and they involve front-line reductions, they’ll be sent straight back to their department to go away and think again. After 13 years of Labour, there is a lot of wasteful spending, a lot of money that doesn’t reach the front line.”

They got into power and have since sacked tens of thousands from the front lines of the NHS, the fire services, emergency ambulance services and police.

In an interview with Jeremy Paxman on 23 April 2010, Cameron said: “We have absolutely no plans to raise VAT. Our first Budget is all about recognising we need to get spending under control rather than putting up tax.” VAT was subsequently raised from 17.5 per cent to a record high of 20 per cent in George Osborne’s emergency Budget.

Cameron went on – “I wouldn’t means-test child benefit” and then did. And froze it for everyone else. Other social policies sacrificed to the altar of Conservative economic extremism were Educational Maintenance Allowances, the children’s SureStart programme, the Future Jobs Fund and other ‘pledges’ such as completely reversing on halting excessive banker bonuses, pulling green taxes and government transparency.

So don’t be conned by what Boris Johnson will offer at this snap election.

However, a leaked document (we don’t know if deliberately leaked) now confirms 100 per cent that the Conservative’s privatisation programme for the NHS, is not just a complete failure – but this too will be a huge U-turn. It is in the same vein as putting 20,000 more police officers on the streets to curb increasing violence.

“Privatisation of NHS care will be significantly curbed under confidential plans that health service bosses expect Downing Street to include in the Queen’s speech next month.

Local NHS bodies in England would no longer have to put out to tender any contract worth at least £615,278. That requirement has contributed to a big increase in outsourcing of services and a record £9.2bn of the NHS’s budget now being handed to private firms.

Under NHS England’s proposals, Boris Johnson would have to scrap key elements of Andrew Lansley’s shake-up of the NHS in England in 2012, which bitterly divided the then coalition government.”

The Guardian has obtained an NHS England document which summarises 22 key changes it believes will be included in an NHS reform bill due to be published next month.

“A twin-pronged attempt to severely restrict future privatisation would involve scrapping section 75 of the Health and Social Care Act 2012 and removing the commissioning of healthcare services from the remit of the Public Contracts Regulations 2015.” 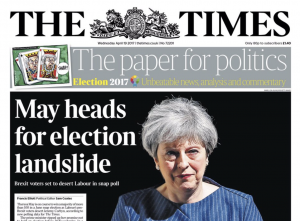 Theresa May destroys her majority

I won’t go into the detail as there’s something missing in the Guardian article. Something really big.

Obviously, the reason Johnson will offer this is purely to win votes and has nothing at all to do with the best way to run the NHS. And apparently, the cross-party Commons health and social care select committee has already given its backing to all the proposed legislative changes.

If Boris Johnson does, in fact, go ahead with this proposal, then the US trade deal with America is dead in the water. At least, according to Donald Trump’s negotiating team.

Just two days ago, Johnson reaffirmed that the NHS was off the table in US trade deal negotiations. Mr Johnson claimed he would tell the president “that when we do a free trade deal, we must make sure that the NHS is not on the table, that we do not in any way prejudice or jeopardize our standards on animal welfare and food hygiene in the course of that deal, and that we open up American markets.”

As the snap election call is only a few weeks away now, we’ll soon find out. Whatever happens, after the pollsters accepted huge sums of cash to distort the Brexit outcome by selling illegal information to hedge-funds so they could short the pound Sterling when it came to Brexit – don’t believe anything you read in the papers.