Letter to the Editor – A sad Indictment of contemporary economics 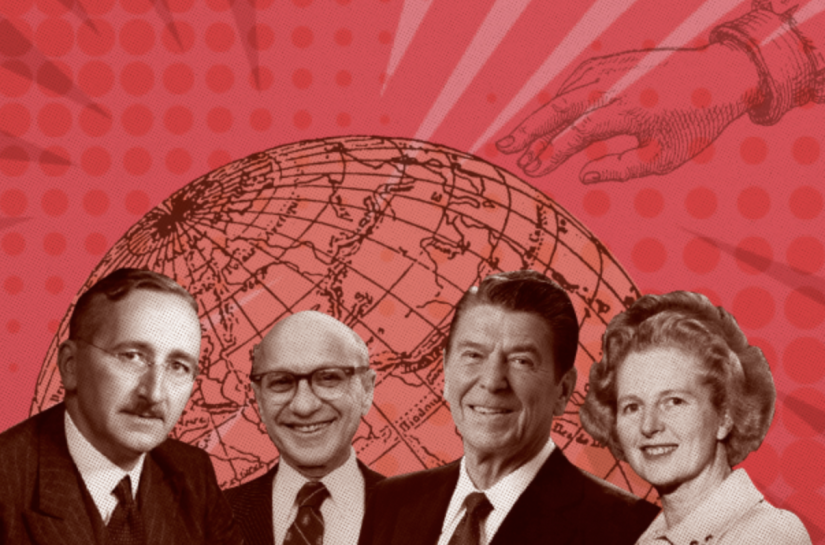 Geoff Naylor is a retired local government officer formerly employed in estates management. I asked him for a bio and his delightful response was – “I am unlearned heretic finding my way through the economic wilderness.”  Here, Geoff grapples with the big problem of our time – how capitalism (since Thatcher teamed up with Raegan to create the neoliberal model of economics we live in today) is fundamentally failing us all in a myriad of ways. It is interesting that the discussion amongst some of the most respected economists in the world who are now rethinking their models are looking for a new narrative by which it can be sold to western democracies. Let’s hope this letter helps to clarify is some small way what is going wrong!

It is more than a sad indictment of contemporary economics, it is a perpetual international tragedy that much of global economic production is of negative social value, resulting in wealth destruction. That this is often the most profitable in financial terms is a paradox that can be explained by highlighting the misconceptions and malpractices in the system.

The disparity of financial and empirical results for countries can be understood by examining the mechanisms at play. There are three main components to this: purpose of human work, evaluation and outcomes.

The purpose of human activity is, ostensibly, wealth creation leading to increased social prosperity. (How this increase is shared is an important but separate topic for discussion.) However, most people would say they work for money. The purpose of work – social prosperity – has been supplanted over time, in most people’s minds, by the means of evaluation – money, which is not the same thing at all.

Evaluation is the way of determining what people and governments are willing to exchange for the goods and services offered on the open market. The exchange is usually done with the metric known as money. Money has no intrinsic worth of its own. It is simply a means of exchange, unit of account and store of (changeable) value.

Poor evaluation is the fundamental flaw of orthodox economics: that it doesn’t assess the real value to society of a particular economic activity, only its financialisation. Social value is determined by the market. In other words, it is relegated mainly to consumers, who are easily manipulated by advertising, and sometimes addicted by rent-seeking, vested interests. Social value determination is also entrusted to governments that supposedly act in the national interest but not necessarily in the interests of all of their people or, indeed, all humanity. The economics discipline’s usefulness to society is compromised by surrendering its independence and objectivity in this way.

Finally, there are outcomes: the experienced effects of what people make and do, regardless of how it is valued.

One example that illustrates that the purpose of work – social prosperity – is not always the outcome – is the arms trade. The vast resources: human, material and financial, expended globally in the manufacture and subsequent use of armaments results in harmful outcomes for many people in many countries, and ravages the natural world, on which every person on the planet depends. However, the economic system, using the metrics of money and GDP (gross domestic product), evaluates the activity as socially-positive wealth creation. These metrics, and others, are being misused to value what the world does to create adversity in the same way as it does to create prosperity.

The cardinal reason for this situation is poor evaluation: a problem of economics erroneously deeming all production, which people and governments are willing to buy, to be of positive social value, even when some of it is contrary to the individual or common good, and the furtherance of prosperity for everyone.

A serious aspect to this practice of incorrectly assessing all production to be of socially-positive value is the taxation of harmful goods and services. The tobacco trade is a suitable example.

In accepting the proposition that the production of things which are injurious to people should not be classed as wealth creation and of positive social value because there is no advantage accruing to anyone from the use of the product, and, because there is no worthwhile outcome, the actual process of manufacture destroys existing wealth, it is reasonable to conclude that tobacco products are untaxable – there is nothing of meaningful value to tax (although it is taxed).

In taxing tobacco, what is really happening is that governments are using the tax revenue from the sale of tobacco as an indirect means – a currency conduit – to tax the real pool of wealth produced by socially-beneficial activities elsewhere. Many economists fail to realise that good cannot be garnered from bad: beneficial public services cannot be funded from the taxation of harmful merchandise. Governments do, but it is an illusion.

The tobacco and arms trades are only a part of an increasing global economic problem of socially-harmful production, resulting in wealth destruction, that adversely impacts on life, cost and standard of living, international currencies and, not least, the natural world.

Thence, what should a government do when confronted with conclusive evidence that a product or activity is harmful for people, the economy and the natural world? Should they ban it completely, change the inadequate metrics of evaluation (challenging), or stick with current practices but try to mitigate its harmful effects?

Mitigation can take many forms from the inconclusive ‘nudge’ behavioural measures of, say, increased taxation to that of industry-contributed voluntary funds that pay for the treatment of gambling-related mental ill-health.

If governments choose to mitigate with increased taxation, it has to be understood who is paying. On the face of it, some consumers are when they exchange money for harmful things, the tax element being passed to the government. But so is the rest of the population in at least three other ways.

First, the product is harmful, therefore valueless, even if some people are willing to buy it. But the often overlooked aspect is that all the resources consumed in the process of manufacture are wasted. Money, labour and materials that could otherwise be used for socially-worthwhile purposes are squandered. However, in this finance-dominated economic system, wealth destruction is, nevertheless, wrongly measured as positive wealth creation. In so doing, the system is corrupted and the value of money debased.

Second, there is nothing in harmful products of meaningful value to tax, although it is taxed. Consequently, taxing harmful products makes these products more costly and further devalues the metrics of money and GDP, which, systemically, make socially-beneficial products and activities more expensive than they need to be.

Third, because medical treatment is provided in some countries by a publicly-funded health service, people have to pay through their taxes, in those countries, to treat the adverse effects of harmful things.

Additionally, there are other financial and social costs incurred, especially by families having to cope with domestic circumstances affected by the illness or loss of a loved one.

When you add all these costs together, they amount to a great deal for the world that could be expunged by banning totally the sale of socially- and environmentally-harmful products and activities. This would get countries away from economic outcomes based on misleading and misused metrics towards an economy of the future, realistically assessed for prosperity and wellbeing.