Money laundering – Why the UK does not prosecute it 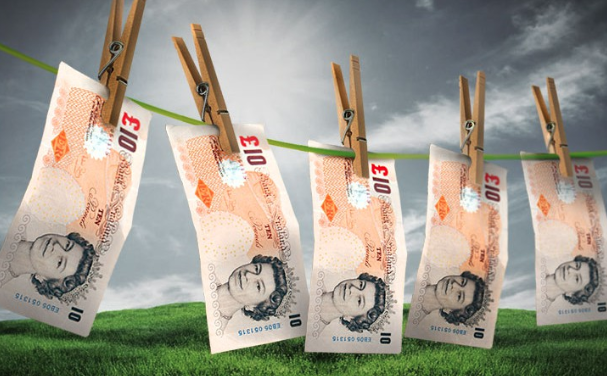 A study by the CCP Research Foundation – which analyses banks’ so-called ‘conduct costs’ – revealed that the biggest 20 banks worldwide, including the biggest four in Britain, had paid or set aside £264 billion for fines in the five years to 2017. Britain’s biggest banks have paid out £71 billion for misconduct in the decade since the financial crisis. Much of these fines have related to money laundering but they were not prosecuted in the UK.

Lloyds is the bank that has suffered the heaviest penalties with at least £23.4 billion in conduct-related costs and write-offs since 2008.  RBS is second on the list. Its conduct and litigation costs since 2008, including amounts it has earmarked but not yet used, add up to £20.6 billion. The bailed-out bank also agreed to pay £3.6 billion to settle an investigation by the US Department of Justice (DoJ) for misselling mortgage-backed securities – the bonds at the heart of the 2008 crisis in America.

RBS and Lloyds were bailed out when the financial crisis broke out to the tune of £45.5 billion and £20.3 billion respectively.

Barclays avoided a UK state bailout – but only by taking £12 billion what looks like illegal emergency funding from the state of Qatar. The Serious Fraud Office is involved.

HSBC has forked out nearly £10 billion in fines and other costs for its conduct since 2008.

In the last few weeks – Standard Chartered, the British bank has been ordered to pay $1.1bn (£842m) by US and UK authorities to settle allegations for breaching sanctions against countries including Iran.

But it doesn’t end there does it – it just keeps on going.

In 2019 alone, leaving aside Standard Chartered, the Financial Conduct Authority has dished out fines to the financial services sector at the rate of more than one a month. In total, to the 9th April, they have fined the industry or people in it collectively to the tune of £272,487,887.

What is interesting here is the missing link. British banks are world leaders in shovelling trillions into tax havens, most of it to evade taxation but a very good chunk of it is pure money laundering. Tyrants, despots, mass murderers, terrorists, traffickers – they are just as good a customer as any as far as the banks are concerned. Here, the British government and its toothless Financial Conduct Authority fail in every sense of the word. Money laundering through British tax haven islands and crown dependencies is something the state approves of – hence the lack of fines or punishment dished out for it.

Donald Toon, director at the National Crime Agency, admitted that money laundering in the UK was “a very big problem” and estimated that the amount of money laundered here each year has now risen to a staggering £150 billion. I would think that is on the light side.

Susan Hawley is Policy Director of Corruption Watch. She worked for six years at the Corner House on corruption issues, having previously worked in the policy team at Christian Aid on ethics and corruption issues. Here is her take, (originally published a year ago), on money laundering by British banks.

The UK doesn’t prosecute money laundering (and that should change)

Despite the UK’s rhetoric about wanting a “world-leading reputation for integrity” as a financial centre, it has never prosecuted a single company or bank for money laundering.

Given the scale of money laundered through the UK, this is pretty extraordinary.

The National Crime Agency (NCA) estimates that “many hundreds of billions of pounds” are laundered through UK banks and their subsidiaries every year. The NCA’s 2017 risk assessment for the UK found that high-end and cash-based money laundering remain “the greatest areas of money laundering risk to the UK,” with retail and wholesale banking and private wealth management providing a “crucial gateway” for criminals to launder their funds. The UK’s wealth management industry manages $800 billion of global wealth at particular risk of laundering.

London has long had a reputation as the Laundromat of choice for corrupt actors globally. Corruption Watch estimates that UK banks (whether banks headquartered in the UK or UK branches of banks headquartered elsewhere) have been publicly implicated in the laundering of at least £5.6 billion ($7.8 billion) worth of funds linked to corruption scandals alone since 2008. It is likely that the figure is far higher. In 2015, Deutsche Bank found “strong evidence” that the UK had received $93 billion in hidden inflows between 2006-2015 with a significant portion coming from Russia.

Light touch regulation – the UK’s forte. Despite official acknowledgement of the problem, recent figures show that the UK’s regulator for the financial sector, the Financial Conduct Authority (FCA), which has primary responsibility for prosecuting money laundering, only opened 24 investigations into companies for breaches of the UK’s Money Laundering Regulations (MLR) since 2007 and has brought zero prosecutions.

The next highest fine was Barclays Bank in 2015 at £72 million (about $101 million) for deliberately breaching money laundering rules in relation to a transaction involving politically exposed persons. All the other fines have been less than £10 million (about $14 million). Startlingly absent is any fine against UK headquartered banks, HSBC and Standard Chartered which have both faced multiple fines for money laundering in the United States and elsewhere and have been implicated in numerous money laundering scandals.

The total lack of prosecutions and the low rate of even regulatory fines is surprising in light of the shocking inadequacies the FCA found in 2011 in banks’ anti-money laundering controls — a third of banks accepted “very high levels of money-laundering risk” and three quarters were found to be failing to take adequate measures to establish the legitimacy of wealth they were handling. The acting head of financial crime at the FSA at the time, Tracey McDermott, who now works for Standard Chartered Bank, said at the time: “The banks are just not taking the rules seriously enough.”

One would have thought that some prosecutions, both of banks and of senior executives, would have helped ensure the rules were taken seriously. Yet, despite stating in April 2017 that it may start prosecuting companies and individuals for poor money laundering controls where there are serious or repeated failings, the FCA has yet to open a single criminal investigation under the new Money Laundering Regulations (MLR 2017) which came into effect on June 26, 2017.

The FCA is not alone in its zero prosecution strategy. The HMRC which supervises some of the very high risk sectors for money laundering, including company service providers, high value dealers, money service businesses and estate agents, and has the ability to prosecute, has likewise launched zero prosecutions against any company either under the 2007 or 2017 Money Laundering Regulations. In 2017, it imposedregulatory fines on 886 companies totalling £1.1 million (about $1.5 million) or effectively £1,290 (about $1,800) per company, but refuses to name those it has fined.

The HMRC’s lack of transparency about who it has fined and the very low fines it imposes clearly undermines the deterrent value of sanctioning companies for breaches of the Money Laundering regulations (though it has said it is currently reconsidering its non-disclosure policy).

UK lags other jurisdictions. The government points to the fines imposed on Deutsche Bank as an example of sufficient regulatory fines for money laundering. Yet Deutsche Bank’s fine of £163 million ($228 million) — the highest ever imposed in the UK — is less than half of that imposed by the NYDFS (New York Department of Financial Services) which fined the bank $425 million despite the fact that it was the London branch that provided the primary route for the laundering out of Russia. Deutsche Bank still faces criminal investigation in the United States for the same conduct.

Compared to the FCA’s total of £263.7 million ($369 million) in fines in the past five years, between 2009 and 2015, U.S. authorities imposed$5.2 billion worth of penalties ($3.6 billion of which were criminal) for breaches of anti-money laundering (AML) requirements. In the first three months of 2018 alone, U.S. regulators imposed combined penalties of $982 million (comprised of both civil and criminal penalties) on two banks for wilfully running defective anti-money laundering program.

Kleptocrats and high risk political exposed persons are “potentially profitable customers” for UK banks and businesses. Ensuring that the regulatory environment makes sure that banks think twice about taking on this business is crucial. The FCA claims that significant progress has been made by financial institutions, but in 2017 it still found ongoing “weaknesses in governance, and longstanding and significant underinvestment in resourcing” for control systems among the regulated sector and a mismatch between policies and practice in relation to money laundering.

What next? So what should the FATF reviewers be asking the UK? First and foremost, they should be probing what is behind the lack of prosecutions for money laundering in the UK. There is no doubt that the UK legal system is itself at fault – the UK’s corporate liability regime has been recognised by the Law Commission as inadequate for holding large global corporations to account. The UK has introduced new laws to tackle tax evasion and bribery to meet this gap, but is so far refusing to take steps to do so for money laundering and other economic crimes.

But there are also questions to be asked about political will of the regulators themselves to get serious about imposing serious penalties on a regular basis for money laundering and about who is the right body to prosecute money laundering.

In a report in 2015, Transparency International UK found that 73 percent of the UK’s 27 supervisory bodies for AML at that time had institutional conflicts of interest, acting as both lobbyists for their industries and supervisors. While the FCA was not one those included in this category, the FCA is funded by fees paid by the bodies that it regulates.

The UK Parliament’s Treasury Committee, meanwhile, has long questioned whether it is appropriate for the FCA to act as both a supervisor and an enforcer. The fact that the Chancellor can fire a FCA chief in circumstances where financial institutions are complaining that the regulator is being too tough, suggests that the FCA is not as independent as it needs to be.

Ultimately if the FCA and the HMRC are not prepared to prosecute, then that job needs to be given to another body which has the will to do so, and it needs to be given the resources to get on with it. The UK’s zero prosecution strategy is no longer a credible response to the constant money laundering scandals implicating its financial institutions.

Susan Hawley is Policy Director of Corruption Watch. She worked for six years at the Corner House on corruption issues, having previously worked in the policy team at Christian Aid on ethics and corruption issues. She was behind the successful judicial review by the Corner House of the Export Credit Guarantee Department (ECGD) for weakening new anti-bribery rules following secret lobbying by defense and aerospace companies.