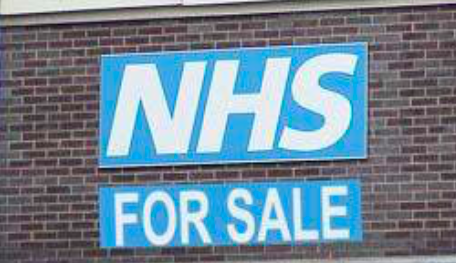 The Sunday Times  (paywall) reports this morning that Amazon has been handed the keys to a massive trove of NHS data it can use to develop products to sell internationally to third parties companies, including US healthcare companies – without paying a single penny to the UK.

What has emerged in this story is the emergence of a government contract, revealed under freedom of information laws, that shows the so-called partnership going far beyond the tie-up with Amazon’s Alexa voice assistant announced last July by Health Secretary Matt Hancock.

Hancock said at the time the NHS should “embrace” the technology and that it would cut pressure on GPs and pharmacists. But the contract shows the American tech giant will be getting access to much more than just NHS website data.

The article went on to say that the $863bn company can access “all healthcare information” gathered by the NHS at the UK taxpayers expense, including “symptoms, causes and definitions”. It also gets “all related copyrightable content and data and all related new product applications, crowd based services and or distributed software and can share it with third parties.

This means that Amazon, an American tech company can access the UK’s health database for free, exploit its highly lucrative data for free, including, as stated, all copyrightable and even patented products developed at taxpayers expense.

A commercial lawyer who analysed the contract said – “the most alarming thing is that the data  is very valuable. The NHS is one of the leaders in the world in collecting this data, so incredibly, really – it is not being charged for it”

Needless to say The Times has quoted various opposition voices who are rightly outraged. However, what this does is confirm the Tory agenda – one of mission creep.

The public were told only last July that Amazon’s access to NHS data was only to help ease pressure on health services by providing access to information for common illnesses and was promoted on their website as assisting, in particular, the elderly and blind  The government made announcements through the mainstream media that went unchallenged. The government website says:

“The technology will help patients, especially the elderly, blind and those who cannot access the internet through traditional means, to get professional, NHS-verified health information in seconds, through simple voice commands.”

The technology has the potential to reduce the pressure on the NHS and GPs by providing information for common illnesses.

To go from July, announcing assistance for the blind to access basic healthcare information to proving a foreign state tech giant with total access to the national database is very deceptive and demonstrates

We want to empower every patient to take better control of their healthcare and technology like this is a great example of how people can access reliable, world-leading NHS advice from the comfort of their home, reducing the pressure on our hardworking GPs and pharmacists. 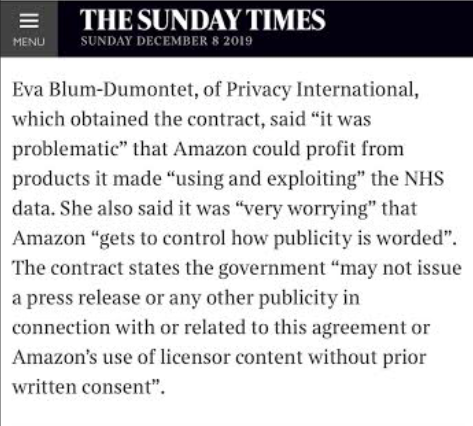 The shadow health secretary John Ashworth accused the government of being ‘highly irresponsible’ and ‘in the pocket of big corporate interests.’