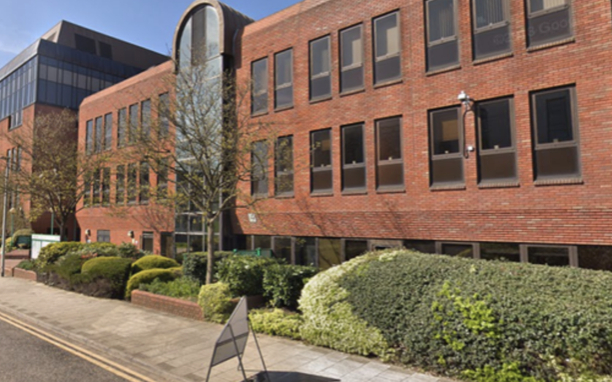 By Gareth Davies – For years the public has been paying for risky money-making schemes designed by cash-strapped councils. Despite recent Treasury guidance not to engage in such practices, some councils have still been borrowing for investments and the Bureau now knows of at least one council which has been using loans to prop up a flawed business model.

This May, after years of councils borrowing huge sums from the public purse to speculate on property, the Treasury finally put its foot down.

Councils should invest in regeneration, housing and services, “not in speculative commercial investments which can put local and national taxpayers at risk,” the Treasury advised. The game, it appeared, was up.

Yet, six months on, some councils are using a source of quick and easy government cash – the Public Works Loan Board (PWLB) – to fund their money-making schemes, with one local authority using these national loans to keep an £800m investment model afloat.

In October, Thurrock council in Essex borrowed £125m from the PWLB, not to build new homes or rejuvenate rundown estates, but to prop up its controversial investments policy into the renewable energy market.

Up until then the investments, overseen by the finance director, Sean Clark, with little public scrutiny, had been funded entirely by short-term loans from other local authorities (150 at last count) as part of a perpetual process of borrowing – essentially from Peter to repay Paul.

This money is now apparently running dry, and not just because coronavirus has tightened belts in town halls across the UK. Clark revealed during a public meeting last week that some councils were now refusing to lend to him because of the publicity the investments had received. He said: “They as a council have not wanted to risk being the next ones in this next story. As such the amount of funding available through that route has been reducing over time so we needed to swap that type of debt with PWLB debt.”

Clark insists the council’s investments remain profitable, but switching to the PWLB increases Thurrock’s costs and shifts the risk onto national taxpayers; a situation that was expected to end after the Treasury announcement earlier this year. That followed a damning report by the Public Accounts Committee, prompted in part by an investigation by the Bureau of Investigative Journalism, which accused the government of being asleep at the wheel while councils worked around and in some cases even breached the rules.

The Ministry for Housing, Communities and Local Government (MHCLG) said it believed revising the PWLB lending terms would be a “game-changer”, but that confidence appears misplaced.

The Treasury now finds itself effectively propping up a local authority’s opaque and fragile investment policy – Thurrock refuses to reveal which councils it borrowed from and what exactly it invested in. The Bureau has previously revealed that Thurrock poured at least £420m into solar farm companies owned by Liam Kavanagh, a businessman.

A Treasury spokesperson said: “We recognise that there are issues with how some local authorities have used the PWLB – that’s why we launched a consultation to address these at Budget in March. This consultation is now complete and we will respond to it in due course.”

Clark also blamed the reluctance of some authorities to lend to Thurrock on Covid-19, which has had a significant impact on council budgets already depleted by a decade of government cuts. That could indicate a reversal in recent trends; short-term lending between councils more than tripled in six years, from £3.2 billion of outstanding debt in March 2014 to £11.7 billion by March 2020. In contrast, PWLB debt increased by a little over a third.

The latest data, for the end of June 2020, does show a 6% fall in lending between councils since March 2020, including the period immediately after the coronavirus outbreak, but there were still several dozen local authorities, including Thurrock, that owed other public bodies £100m or more.

This borrowing is often undertaken away from the public eye, so it is hard to know what the money is being used for and what the impact would be if it dried up.

In Thurrock’s case, it will not be positive. The coronavirus epidemic has hit local authority budgets hard, reducing key income sources such as council tax and business rates while increasing costs for everything from adult social care to homelessness prevention. Having paused all new investments, Thurrock is facing a potential £34m financial black hole over the next three years.

“The challenge for the next year is too big to meet with sustainable savings in the timescale we have so we are examining a number of immediate short term options,” Clark told a meeting of the council’s scrutiny committee. These measures include a council-wide recruitment freeze, use of reserves and a review of all the land and property it owns.

Since a national policy change in 2016, some councils have sold public spaces such as libraries and community centres to fund cost-cutting measures and even redundancies. Clark plans to use the proceeds of such asset sales – called capital receipts – to offset the annual sum the council has to put aside from its day-to-day budget to meet the cost of borrowing. Yet an investigation by the Bureau last year revealed that practice to have been in breach of the rules and MHCLG reiterated this week that the framework governing local authority borrowing “does not allow capital receipts to be used for this purpose”.

Thurrock borough council did not respond to a request for comment.

“Unfortunately for councils which took financial risks to try and plug the holes in their finances, the mother of all rainy days has arrived and now they are terribly exposed”

Those wondering about the worst-case scenario for councils who gamble on investments and use reserves and property sales to balance their budgets should look at Croydon council. Last week it became the second local authority in the past 20 years to effectively declare bankruptcy via a Section 114 notice. A damning public interest report by the council’s auditors shows it to be a microcosm of all the risks highlighted by the Bureau’s Local Power investigations. Croydon has now banned all but essential expenditure and faces an uncertain future.

Leading figures predict more councils will collapse next year. Meg Hillier, chair of the Public Accounts Committee, told the Bureau: “Unfortunately for councils which took financial risks to try and plug the holes in their finances, the mother of all rainy days has arrived and now they are terribly exposed. Where investment strategies have gone wrong, or have been hit by Covid-19 and demands on council services have increased, many are in a precarious position, with urgent measures needed to prevent any more local authorities from effectively going bankrupt.”

Short of a major, and unlikely, overhaul of local government funding, there may be little that can now be done to avoid this Doomsday scenario. But, as the uncertainty over the future deepens, and councils continue to turn to sources of alternative funding, the least they can do is be fully transparent and accountable about how they spend our money and the risks involved.

By Gareth Davies at media partner The Bureau of Investigative Journalism

The Bureau is hosting a live discussion about the culture of secrecy around local decision-making this Thursday, November 19.

You can register to take part here.