Nasty Party? No, A Thoroughly Sadistic, Cruel Leadership With No conscience 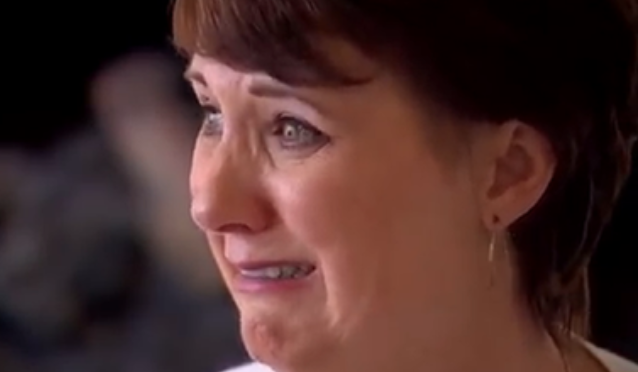 By Graham Vanbergen: This is not a political swipe. It is news, plain facts and nothing else. These facts ought to be blazoned all over the front pages of the mainstream media. Combined, they should make any sane, normal human being with the tiniest shred of compassion or empathy ashamed to be part of the same species. One has to wonder who or indeed what is actually walking the corridors of powers in government these days.

The first piece of news is that benefit sanctions are ineffective at getting jobless people into work and are more likely to reduce those affected into poverty, ill-health or even survival crime, the UK’s most extensive study of welfare conditionality has found. The five-year exercise tracking hundreds of claimants concludes that the controversial policy of docking benefits as punishment for alleged failures to comply with jobcentre rules has been little short of disastrous.

The second is that more than three in four sick and disabled people who contest disability benefit decisions by the Department of Work and Pensions (DWP) in some parts of the UK are seeing those decisions overturned on appeal, according to damning figures obtained by the BBC. You can only imagine what that process must feel like.

The third is that People with terminal illnesses are being forced to jump through hoops to get the financial support they are rightly entitled to. Claimants who have less than six months to live should be fast-tracked through the application process but this isn’t happening in areas where universal credit has been rolled-out.

To add to that, terminally ill claimants who are expected to live longer than six months are obliged to go through the same, drawn-out application process as other universal credit claimants. But there’s another problem for them. New data just revealed has shown that one in five applicants is now being turned down because they are failing to comply with an overly complicated application process.

Finally, in the same ten day period that all this news became available, Welfare Weekly reports that a disabled woman died from a “massive heart attack” after she was repeatedly refused vital financial support following assessments carried out by a private benefits firm. Her case is not an isolated case by any stretch. You would think that this situation was bad but the reality is even worse.

The result over the longer term is that attempted suicides among out-of-work disability benefit claimants have more than doubled since the introduction of fit-to-work assessments – The Independent revealed four months ago. This is from official analysis of NHS data – as if the NHS needs the extra workload that all of this is causing.

Dr Jay Watts, a consultant clinical psychologist and member of the campaigning Alliance for Counselling and Psychotherapy, told The Independent: “These results are staggering. It is difficult to overemphasise how large a jump in rates of attempted suicide this is. I cannot think of a greater jump in rates in any population. The shame, guilt, anxiety and paranoia the current system provokes is a national scandal, that should be headline news.”

As far back as 2015, campaigners were demanding that the welfare system should be overhauled after statistics revealed that 2,380 people died between 2011 and 2014 within weeks after being declared able to work.

Speaking on the eve of Theresa May’s monthly political cabinet, Ruth Davidson who heads the Scottish Conservatives was reported by SkyNews to have said yesterday (Tues 22 May) that Tory politicians “should smile more.” She also said they were a bit ‘joyless’ and ‘authoritarian.’ Davidson is hinting that the ‘nasty party’ really is back good and proper and in plain sight.

These policies, when looked at together exposes any government at its very worst who are wilfully failing vulnerable families dealing with the trauma of not just worklessness but disability and then worst of all, terminal illness.

There will always be vulnerable people, it is the way of life. You should be grateful not to be one of them. Care is a fundamental aspect of human relationships and of societies more generally, it is indeed the mark of a functioning civil society no matter what your politics are.

Those who fall under the UK government’s ‘six months to live’ definition are subjected to heart-breaking waits for their financial support and should not spend their last month’s fighting for much needed financial support.

Policies such as they are, are not the actions of a functioning normal democratic government but are the actions of the spiteful, sadistic, cruel and malicious.

These are the stories you read about in some far off land ruled by despotic tyrants clinging on to power through their thuggery. Truly, a thoroughly nasty leadership with no conscience at all.

As the saying goes – “If you are neutral in situations of injustice, then you are on the side of the oppressor.”

Which side are you on?