NHS: Staffing challenges now “bigger threat to the future of the NHS than funding cuts” 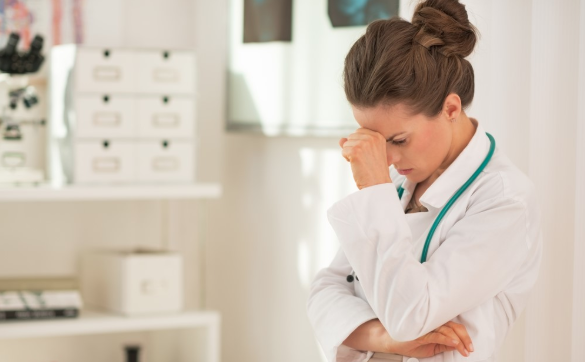 TruePublica Editor: You may have read various reports in the media this last week about falling GP numbers. Below is the unedited output from the National Health Executive where the mainstream media got their numbers from.

Two interesting facts not published that emerged from this report. One is that doctors are now so overworked that approximately 80 per cent are at threat of ‘burnout.’ The term “burnout” was coined in the 1970s by the American psychologist Herbert Freudenberger. He used it to describe the consequences of severe stress and high ideals in “helping” professions. He specifically cited doctors and nurses, who would often end up being “burned out” – exhausted, listless, and unable to cope. Today, the term is more widely defined as – “a state of emotional and physical exhaustion caused by a prolonged period of stress and frustration.” The three main effects of ‘burnout’ are – exhaustion, alienation from work and reduced performance, all of which leads to increased absence, which leads to less doctors actually working, that in turn piles more pressure on them.

The second is the global recruitment drive (last link on report below) that confirms that nursing has now become so stressful to work in as a profession through being overworked and overstretched that they are being, in their own words – ‘driven out of the profession.’ The drive is to recruit the current shortfall of 40,000 nurses but admits that even with a huge government-backed campaign the best expected result will be a shortage of about the same if the campaign stretched out all the way to 2024.

GP numbers in sustained fall for first time in 50 years

The number of GPs relative to the population size has fallen in a sustained way for the first time since the 1960s, research has revealed.

Analysis by the Nuffield Trust, carried out for the BBC, has revealed that the number of GPs per 100,000 people has fallen from 65 in 2014 to 60 last year, the first sustained drop in 50 years.

The fall reflects the skills shortages and workforce crisis currently facing the entire NHS, with insufficient numbers of GPs being trained, a failure to recruit from abroad, and more practitioners leaving the profession for early retirement.

Central regions including the east of England and north west London have the lowest totals of GPs relative to the size of the population, whilst Scotland has the highest.

The study, which surveyed around 1,700 GPs, found that one in 10 GPs across the UK were seeing twice as many people as they should, with the average GP dealing with 41 patients per day despite 30 being the recommended safe limit.

Just of 50% of the GPs said their workload was beyond safe levels, but the most said it represented a typical day. The chairwoman of the Royal College of GPs, Helen Stokes-Lampard, echoed this saying she recently had a 12-hour day and 100 patient contacts.

Stokes-Lampard stressed that: “General practice cannot be allowed to fail. It is an absolute cornerstone of the NHS.”

The Nuffield Trust said one colleague had noted that “there are significantly fewer GPs per head in poorer areas of England than in richer areas, people find it harder to get a GP appointment and they are less likely than their richer counterparts to have a good experience of visiting their GP.”

A group of think tanks warned in November last year that staffing challenges now present a bigger threat to the future of the NHS than funding cuts, and last month the BMA revealed that eight out of 10 doctors are at substantial risk of burnout.

In response to the NHS workforce crisis and as part of the Long-Term Plan, Baroness Dido Harding, chair of NHS Improvement, has been tasked with producing a workforce strategy and part of the strategy relating to a global recruitment drive that was leaked earlier this week.