Nottingham – steals from the poor – gives to the rich 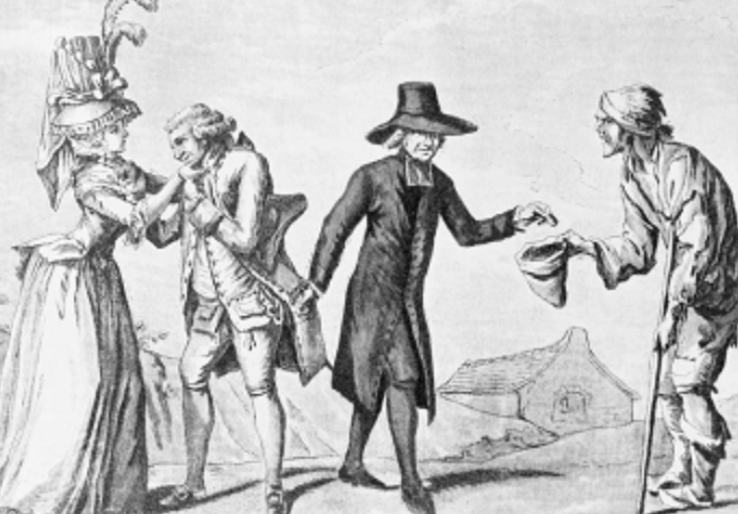 Human rights campaigning organisation Liberty has called on Nottingham City Council to abandon plans which will penalise some of the city’s most vulnerable people – and anyone trying to help them.

The organisation responded to a consultation on the council’s proposed Public Space Protection Order (PSPO), which closed on Wednesday 3 October.

The council proposed a package of measures which ignore Home Office guidance by essentially banning homelessness – and then criminalise charitable acts in the city.

As drafted, the PSPO prohibits people from obstructing entrances or exits of buildings and hindering street cleaning operations or the free passage of pedestrians. It also bans asking others for money or other items, even when this is only implied by a person’s conduct. Whatever that means.

The combined effect of these bans would make it near-impossible for homeless people to avoid breaking the law.

The PSPO would also make it a criminal offence to distribute free matter – defined as “any item, material substance, object or thing” – effectively criminalising acts of kindness towards those in need.

If introduced, the PSPO would give police and council officers the power to issue on-the-spot penalties of up to £100. If unable to pay, those in breach could face prosecution and a fine of up to £1,000. One would have to ask that if a homeless person was unable to afford a £100 fine, why ould they suddenly be able to afford a fine ten times that amount.

Lara ten Caten, Lawyer for Liberty, said: “The council’s plans ignore Home Office guidance, inappropriately dismiss poverty as antisocial behaviour and will make it near-impossible for any homeless person to avoid breaking the law. They will punish some of the most vulnerable people in Nottingham, pushing them into the criminal justice system for trying to survive.

“The council may try to argue that their intention is not to criminalise homelessness – but that will be the effect of this PSPO regardless. They should be helping those in need – not outlawing acts of charity in a bid to airbrush their streets. We hope they will rethink these cruel and counter-productive plans.”

Councils can use PSPOs to ban any activity they consider has a detrimental effect on the lives of those living in an area. Liberty is calling for the power to create PSPOs to be scrapped, arguing that they are far too widely drawn and ripe for misuse and abuse.

In December 2017, the Home Office issued guidance designed to stop councils using PSPOs to target homeless people – but the trend of local authorities doing so has continued throughout 2018.

Nottingham City Council’s proposals could see a homeless person issued with a fine or faced with criminal prosecution simply for being on the street. They could also be penalised if they are given money or food they did not even ask for – and the donor might suffer the same fate.

Liberty believes the draft PSPO if implemented, risks breaching residents’ fundamental rights, protected by the Human Rights Act. The Act requires the council not to behave in a way which would disproportionately affect people’s rights.

One should ask these officials about the worldwide recognition that Nottingham is known for – Robin Hood.  He happens to be a chap who as folklore would have it – robbed from the rich and gave to the poor, in fact, he robbed the very people who are attempting to outlaw being poor, whereas, these officials are doing the opposite.

The irony is lost on them!