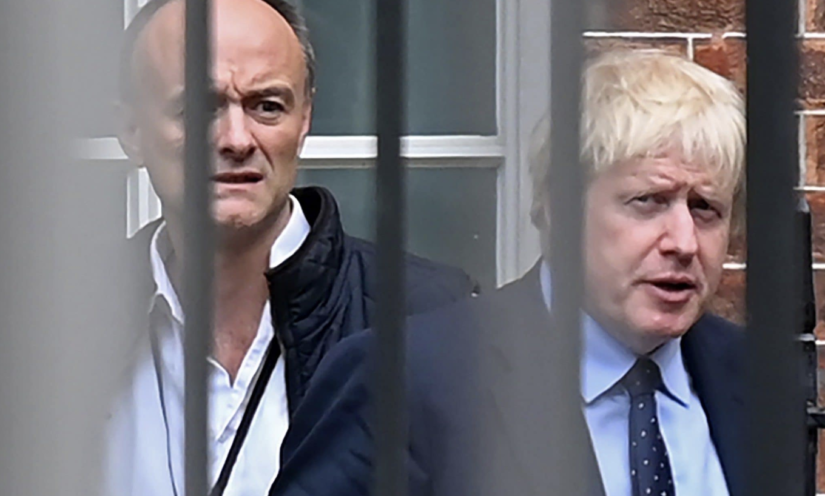 Since Boris Johnson’s election in December with an 80-seat majority, the government is in full swing to radically change Britain. Leaving aside Brexit, which will do just that, the government is now attacking the very institutions that uphold civil society – such as the civil service, the fourth estate, especially the BBC and ITV, political movements and what citizens recognise as the rule of law.

Last September, the supreme court ruled that Boris Johnson’s advice to the Queen that parliament should be prorogued for five weeks at the height of the Brexit crisis was unlawful. The consequence is that Johnson has already prepared a strategy to diminish its power.  Just days after the general election, won partially on the back of a campaign blaming MPs and unelected judges for blocking the will of the people, Johnson announced plans for the reforming of the UK’s constitution, democratic institutions and legal system.

However, Boris Johnson is set to step up his plan to ‘take revenge,’ this time on the Court of Appeal after suffering another humiliating defeat at the hands of the courts.

It comes after the Court of Appeal ruled against the government, preventing them from deporting 25 foreign offenders scheduled to be on a deportation flight on Monday. When questioned the government refused to state what many of the deportees had actually done other than to say they were dangerous criminals. That turned out not to be true in all cases. The court of appeal was persuaded that some of those who were being deported may not have been able to defend themselves legally.

The Home Office flight left the UK, despite a last-minute legal challenge.

“These Tory attacks on our courts, judicial review and the Human Rights Act are all designed to weaken ordinary people and enable ministers to act with impunity. They are the actions of despots, not democrats.”

These challenges against deportation is not just about matters surrounding human rights, it is also about testing the rule of law, which is being severely challenged by this government.  No-one doubts that foreign nationals who commit serious crimes, imprisoned and due for release should be deported to their home country. However, the law is there to protect those from government overreach, which in some cases is motivated by little more than wishing to score political points. The very strong language used by those attempting to uphold those laws is evidence of their anger and frustration.

Shadow Attorney-General Baroness Chakrabarti said: “There is no democracy without the rule of law. These attacks on journalists and judges are chronic symptoms of an entitled Tory Government that is desperate to avoid scrutiny, and is out of control.”

When the “review” was first mooted last month, Baroness Chakrabarti said – “It’s like losing 11-nil in the cup final and coming with a baseball bat for the referee.”

Acting Liberal Democrat leader Sir Ed Davey said: “These Tory attacks on our courts, judicial review and the Human Rights Act are all designed to weaken ordinary people and enable ministers to act with impunity. They are the actions of despots, not democrats.”

Judicial review is the process where members of the public can take the government to court to rule on whether their actions are lawful. It’s a crucial power of the court system and exists to make sure governments – however strong their hold on power – have to operate within the law.

Government sources said the row over the deportation flight showed why an examination of JR was needed.

Dominic Cummings, the Prime Minister’s Downing Street advisor and ‘enforcer’, said there must be “urgent action on the farce that judicial review has become” following the Court of Appeal decision. ITV News reported. Cummings was incandescent with fury over the Appeal Court decision and said it was – “a perfect symbol of the British state’s dysfunction”.

Far from being a mark of dysfunction, judicial review is an appropriate check on decision-making, of which a nation should be proud

A senior Government source said: “The Westminster bubble’s view in trying to halt this flight with repeated Judicial Reviews makes the case perfectly to the public about why such a review is needed and why certain parts of Westminster still haven’t learned the lesson from the 2019 election.”

Labour has challenged the Government in Parliament about allowing the flight to take off before the findings of the review into the Windrush scandal have been published.

Amanda Pinto QC, chair of the Bar Council, said: “Judicial review is a hugely important tool in a democratic society by which decisions of public authorities, including government, are subject to legal scrutiny. Far from being a mark of dysfunction, judicial review is an appropriate check on decision-making, of which a nation should be proud.”

She added: “We have not yet seen details of what a ‘review’ of the judicial review process might look like, but anything that seeks to limit the ability of ordinary citizens to challenge decisions of those with power is a red flag.”

Caroline Goodwin QC, of the Criminal Bar Association, said: “Judicial review is a process to keep a check on authorities acting beyond the legal remit that may have been granted to them by the law, thus playing a part to ensure the law applies equally to everyone; this is what the rule of law means. ”