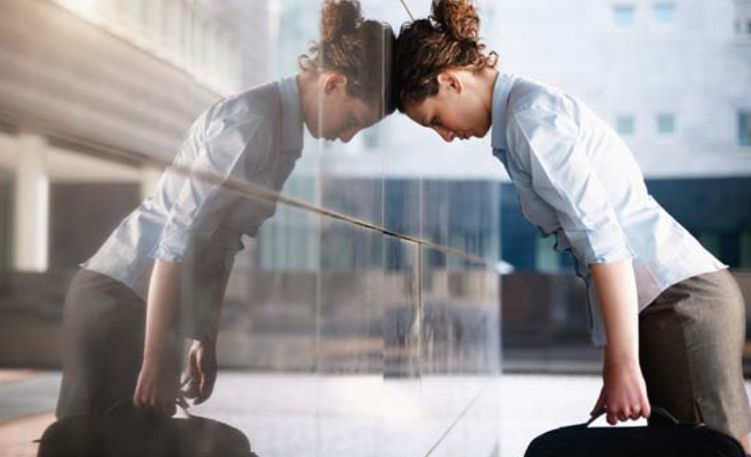 By TruePublica – First published 31st January 2019 and updated 18/12/19: Britain just notched up yet another record-breaking low for unemployment. This is according to the government, not reality on the ground.  When taking all the known facts into consideration, that juicy headline is little more than a set of fantasy figures conjured up through ‘creative’ accounting, representing no more than state-issued propaganda.

According to the government, unemployment is now just 3.8%. Last January it was 4% so for this article, the numbers used are as at last January. Then, the actual number of people with jobs rose to 32.54 million, or 75.8%. This is “the highest since comparable estimates began in 1971,” according to the UK’s Office for National Statistics.

In 1971 we didn’t have the ‘gig-economy’, zero-hours contracts or a complete reclassification of what employment actually means though.

The reality on the ground is not reflected by reality in all sorts of other indicators. “Headline” unemployment is only at a record low because of a number of hidden statistics such as the 42% increase in the number of people who are in “involuntary” part-time work.

“Involuntary” means exactly that – they’re only working part-time because they cannot get a full-time job.

In March 2006, just about at the peak of the economic boom that preceded the great financial crisis, involuntary part-time work was at a low. It then rose to a peak after the 2008 crisis. But today, after 10 years of so-called economic growth, it has reached 881,000 — an increase of 42% over the period, this is again according to the ONS.

From 2010 to 2015 just one in 40 jobs available in the UK were permanent full-time jobs and not much will have changed since then.

With four per cent unemployment, any country would be trumpeting itself as having full employment. Therefore, anyone who wants a job should be able to get one and wages should be rocketing up. But 881,000 part-time workers need full-time jobs. What they want is the kind of work that pays them enough to sustain themselves — and those jobs are just not available. And that’s still only one part of the story.

The average part-time employee in Britain works for about 16 hours a week, less than half the 40 hours generally considered to constitute anything like “full-time” work. This is again according to the ONS. And don’t forget the vast majority of these people have no permanent employment status, pensions or employment conditions that come with full-time permanent work.

A BBC Reality Check asked the Office for National Statistics (ONS) whether working just one hour a week was all that was needed to be officially classified as employed? The ONS confirmed that was the case.

Another way to look at this is to say that if “involuntary” part-timers were reclassified as “unemployed” on the basis that there is no chance of being able to support themselves without state aid — then the UK unemployment rate would be somewhere in the region of 7%. And this still does not include those on zero-hours contracts. And even if it did the only direction of travel for unemployment would be upwards.

Just nine months ago, employment contracts without a minimum number of guaranteed hours, known as ‘zero-hours’ contracts increased to 1.8m – a rise of 100,000 on the year before. And as mentioned, these people only have to work one hour a week for the government to record them as employed.

Then there’s what the government term as ‘economically inactive.’ These people are not in employment, who have also not been seeking work within the last 4 weeks and/or are unable to start work within the next 2 weeks. In other words – given up. This may be for all sorts of reasons, but there’s over 8 million not recorded as unemployed either.

Worse still, none of the above includes the self-employed – a significant percentage of whom could not find suitable employment. New analysis published by the TUC last September shows that half (49%) of self-employed adults aged 25 and over are earning less than minimum wage – a total of two million people.

Self-employment has accounted for a growing share of the workforce in recent years, rising from 12% of workers in 2001 to 15% in 2018 as a direct result of a lack of full-time or even stable part-time work.

From our first State of the Nation report, you might wonder how it is that unemployment now officially at just 4 per cent manages to see negative social indicators increasing at such an alarming rate.  Household debt is at a record high, so is homelessness, deprivation, use of food banks, child poverty, energy and food poverty along with its main driver – inequality.

We also recently reported that the average pay of the 90%, (by stripping out all earnings of the top 10%, including the 1% and 0.1% groups) leaves an annual income of just £12,969. With average pay calculations, many are earning more than that stated number, but equally just as many earn less. The government states that average pay in the UK is £569 per week/£29,588 pa. But that includes billionaires and millionaires.

All this ’employment’ the government are crowing about also appears to have impoverished the nation in just eight years. Out of the 30 OECD countries in the LIS data set, published by Inequality Trust, the UK is the seventh most unequal and is the fourth most unequal in Europe. But Britain is supposedly the fifth or sixth (depending on the numbers published) richest nation on earth.

And when it comes to inequality it is clear where it emanates from. According to a report published in the FT last August, the UK has the highest proportion of wealth tied up in land of any G7 country, which accounts for £5tn out of a total of £9.8tn worth of net wealth at market value in the UK, meaning it makes up about 51 per cent of the country’s total wealth. That’s fine if you have a high paying full-time permanent job to afford a large deposit and mortgage in what is now Europe’s worst housing crisis for those on average pay.

The final consequence to all this is that approximately half of all households in Britain receive benefits or are dependent on benefits of some kind simply to survive, so crowing about unemployment means nothing if the taxation generated from pay is then being paid to support those who are classed as ’employed’ but cannot sustain themselves.