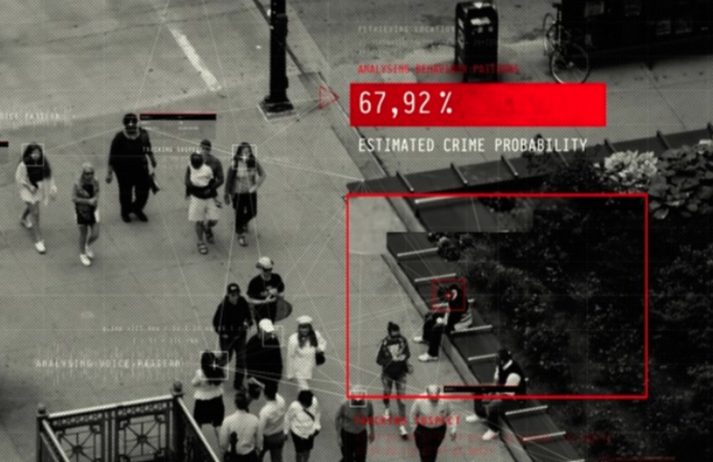 TruePublica Editor: Back in May 2017, I predicted that the police would be doing just that – predicting. I warned that Britain already has a reputation for deploying the most intrusive surveillance systems against its own people in the Western world. I warned that our civil liberties are being systematically dismantled, driven through the false narrative of security.

I also warned that police departments around the world are partnering with private companies to use public data, personal information and algorithms to predict where illegal actions are most likely to occur and, crucially, who is most likely to commit them.

In an article I wrote warning of all these coming intrusions, there was also a review of a documentary film that focused on pre-crime technology.

“There are predictive police programs in Fresno, Philadelphia, Chicago, and in Kent and London featured in the film. Are these all pilot programs? And the chilling answer from the director of the documentary “Not any longer. Kent’s program is 4 years old.”

From Big Brother Watch comes the official news that UK police are now investing heavily in pre-crime and predictive systems.

UK police are investing millions in a new predictive system, the National Data Analytics System (NDAS), which will analyse vast quantities of data from  police databases, social services, and even the NHS and schools in order to predict who is likely to commit crimes, despite serious concerns over profiling, ‘the potential reversal of the presumption of innocence’, and the impact of ‘inaccurate prediction’.

“This would be a remarkable change in policing. Every one of us would risk being monitored, judged and having our lives intruded upon.

“Predictive policing conflicts with the presumption of innocence that our justice system is built on and invites authorities to keep tabs on innocent citizens. It’s extraordinary that police have spent millions on a Minority Report-style scheme.”

The Mail on Sunday has covered the story by saying that – “The £48 million National Analytics Solution analyses vast quantities of data from force databases, social services, the NHS and schools to calculate where officers can be most effectively deployed.

But it admits to ‘ethical challenges’ about storing and sharing huge amounts of data on individuals and warns of ‘damaging consequences’ if those risks are not tackled.

The article goes on to say that – “In an effort to address privacy concerns, those behind the trial say it will ‘not create a centralised law enforcement database’ that would allow any officer to search for information on individuals.”

It was only last October that a new super-database being built for the police represented a “grave” risk to privacy, a leading human rights group said. It is called the law enforcement data service (LEDS).

Liberty claims the government is glossing over concerns that the database, the largest built for British law enforcement, threatens civil liberties. The group fears it gives massive power to the state at the expense of millions of Britons.

The Guardian reported their concerns as well. “The Home Office has had consultation meetings with groups and experts concerned about privacy ahead of the super-database becoming operational later this year. Liberty said it has quit them in protest, damaging government hopes of neutralising civil liberties concerns.”

Liberty said in one meeting it was told the new database would include information the government and the police have no legal basis to hold but will do so anyway. The government have actually admitted it is breaking the law.

Home office documents have confirmed that the government accepts that large amounts of the data will have nothing to do with crime that will be used on the database and also confirms that other government agencies like tax inspectors, border control and even credit reference agencies will have access.

Liberty boycotted the Home Office’s meetings because it feared they were a sham and that its continued participation would allow the government to claim it is taking civil liberty concerns into account when the opposite was true.

The Guardian also quoted Hannah Couchman, of Liberty, who said: “Having enormous amounts of our personal information held on this super-database represents a grave threat to our privacy. While the collection of a few pieces of personal data can seem innocuous, combining it with other information can create an intrusive personal profile.

“In the UK, we have a long-held principle of policing by consent. We must be able to trust the police to protect our privacy and our fundamental rights and the Home Office must take seriously the threats this super-database raises.”

A government document said: “The volume of records involved is substantial; there are around 55.4 million driver records and 54.8 million vehicle records whilst there are approximately 10.7 million criminal records, thus non-criminal records form a substantial part of the PNC [police national computer].”

Couchman said: “Even more sinister is the creeping reliance on data-driven surveillance and algorithms the police use to make decisions about us – leading to conclusions which may be inaccurate or biased.”