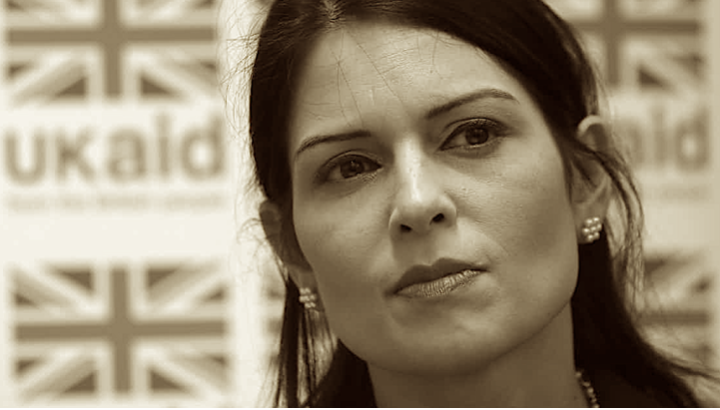 In the summer of 2019, Priti Patel told the Daily Mail her comments on the issue of her support for the death penalty were “constantly taken out of context” and claimed that footage of her endorsing it “may have been clipped”. In fact, Priti Patel has denied having ever supported capital punishment. That is until this week when a small leak of information reached lawyers that Patel was now scoping for its return.

Patel’s appointment by Boris Johnson was met with a chorus of concerns regarding her past statements and voting record on equality and human rights issues. And they had good reason. Patel has a record of leaning to the hard-right by voting:

Crucially, Priti Patel has voted against laws to promote equality and human rights in Britain.

This record says a lot about Patel’s own values and that of the latest version of the Tory party.

As for the death penalty endorsement that Patel so vehemently denies – here is a short clip of her appearing on national TV endorsing it and her argument being completely shredded by Ian Hislop.

Today, there are 105 capital punishment abolitionist countries, 47 abolitionist-in-practice countries (where no executions have taken place for at least ten years) and only 35 retentionist countries. In the democratic West, only America continued to execute with 22 put to death in 2019 (source). Belarus executed one in 2019, and even though located in continental Europe, is an authoritarian state.

Black and Asian Lawyers for Justice in the UK confirms that:

Ever since Priti Patel took the job, the Home​ Office​’s most senior official re​signe​d, making some​ very serious claims about her behaviour on his way out – most specifically about bullying and intimidation. A legal case continues. She denied all allegations against her, but then apologised last month after a review found that she had breached the ministerial code for behaviour.