Propaganda: How the oligarchs game the system 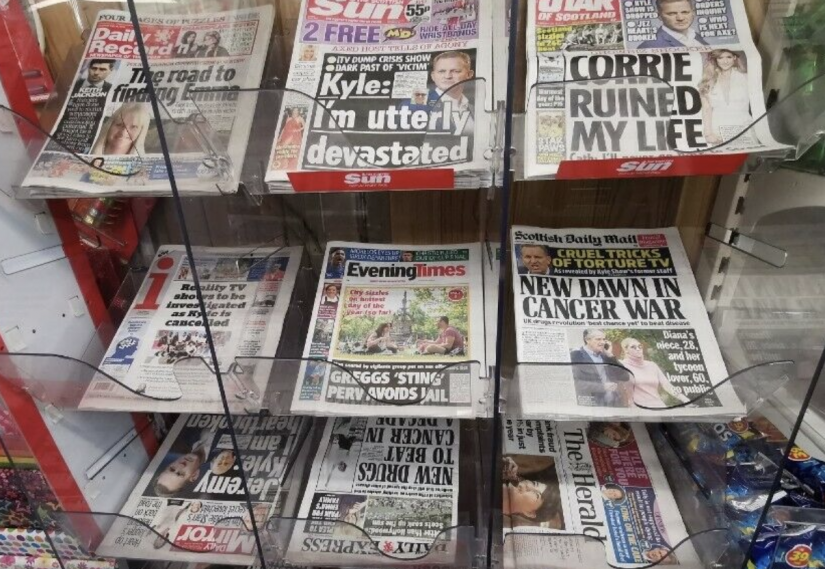 By George Monbiot: As I’ve found to my cost, the billionaire press seeks to kill change before it happens All billionaires want the same thing – a world that works for them. For most, this means a world in which they are scarcely taxed and scarcely regulated, where labour is cheap and the planet can be used as a dustbin, where they can flit between tax havens and secrecy regimes, using the earth’s surface as a speculative gaming board, extracting profits and dumping costs. The world that works for them works against us.

So how, in nominal democracies, do they get it? They fund political parties and lobby groups, set up astroturf (fake grassroots) campaigns and finance social media ads. But above all, they buy newspapers and television stations. The widespread hope and expectation, a few years ago, was that news controlled by billionaires would be replaced by news controlled by the people: social media would break their grip. But social media is instead dominated by stories the billionaire press generates. As their crucial role in promoting Nigel Farage, Brexit and Boris Johnson suggests, the newspapers are as powerful as ever.

They use this power not only to promote the billionaires’ favoured people and ideas, but also to shut down change before it happens. They deploy their attack dogs to take down anyone who challenges the programme.

It is one thing to know this. It is another to experience it. A month ago, seven of us published a report to the Labour Party called Land for the Many. It proposed a set of policies that would be of immense benefit to the great majority of Britain’s people: ensuring that everyone has a good, affordable home, improving public amenities, shifting tax from ordinary people towards the immensely rich, protecting the living world and enhancing public control over the decisions that affect our lives. We showed how the billionaires and other oligarchs could be put back in their boxes. The result has been four extraordinary weeks of attacks in the Mail, Express, Sun, Times and Telegraph. Our contention that oligarchic power is rooted in the ownership and control of land has been amply vindicated by the response of oligarchic power.

Some of these reports peddle flat-out falsehoods. A week ago, the Mail on Sunday claimed that our report recommends a capital gains tax on people’s main homes. This “spiteful raid that will horrify millions” ensures “we will soon be joining the likes of China, Cuba, Laos and Vietnam in becoming one of the world’s few Marxist-Leninist states.” This claim was picked up, and often embellished, by all the other right-wing papers. The policy proved, the Telegraph explained, that “keeping a hard-Left Labour Party out of office is not an academic ideological ambition but a deadly serious matter for millions of voters.” Boris Johnson, Phillip Hammond and several other senior Tories weighed in, attacking our “mad” proposal.

But we made no such recommendation. We considered the idea, listed its possible advantages and drawbacks, then specifically rejected it. As they say in these papers, you couldn’t make it up. But they have.

There were dozens of other falsehoods: apparently we have proposed a “garden tax”; we intend to add “an extra £374 a year on top of what the typical household pays in council tax” (no such figure is mentioned in our report); and inspectors will be sent to people’s homes to investigate their bedrooms. Dozens of reports claim that our proposals are “plans” hatched by Jeremy Corbyn: “Jeremy Corbyn’s garden tax bombshell”; “Jeremy Corbyn is planning a huge tax raid”; “Corbyn’s war on homeowners”.

Though Corbyn is aware of our report, he has played no role in it. What it contains are not his plans but our independent policy suggestions, none of which has yet been adopted by Labour.

The press response gives me an inkling of what it must be to walk in his shoes, as I see my name (and his) attached to lurid schemes I’ve never heard of, and linked to Mugabe, Maduro and the Soviet Union. Not one of the many journalists who wrote these articles has contacted any of the authors of the report. Yet they harvested lengthy quotes denouncing us from senior Conservatives.

The common factor in all these articles is their conflation of the interests of the ultra-rich with the interests of the middle classes. While our proposals take aim at the oligarchs, and would improve the prospects of the great majority, they are presented as an attack on ordinary people. Progressive taxation, the protection of public space and good homes for all should strike terror into your heart.

We’ve lodged a complaint to the press regulator, IPSO, about one of the worst examples, and we might make others. But to pursue them all would be a full-time job (we wrote the report unpaid, in our own time). The simple truth is that we are being outgunned by the brute power of billionaires. And the same can be said for democracy.

It is easy to see why political parties have become so cautious and why, as a result, the UK is stuck with outmoded institutions and policies, and succumbs to ever more extreme and regressive forms of taxation and control. Labour has so far held its nerve – and this makes its current leadership remarkable. It has not allowed itself to be bullied by the billionaire press.

The old threat has not abated – it has intensified. If a newspaper is owned by a billionaire, be suspicious of every word you read in it. Check its sources, question its claims. Withhold your support from any party that allows itself to be bullied or – worse – guided by their agenda. Stand in solidarity with those who resist it.

This article is published with permission from George Monbiot. George Monbiot is a British writer known for his environmental and political activism. He writes a weekly column for The Guardian and is a bestselling author. His latest book is How Did We Get into This Mess? Politics, Equality, Nature. His latest project is Breaking the Spell of Loneliness, a concept album written with the musician Ewan McLennan. This article first appeared at www.guardian.co.uk