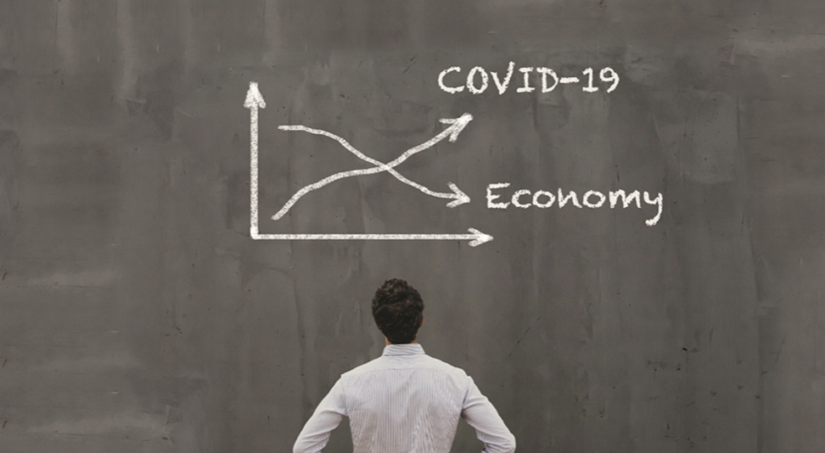 By TruePublica Editor: Best for Britain is a non-profit organisation whose mission is to keep campaigning for the closest possible future relationship with Europe.

They commissioned a report, which was put together by the Social Market Foundation to analyse the double whammy effect of the pandemic and Brexit (both with and without a deal) on Britain’s economy as we enter 2021.

One of its findings was that the North West and Midlands making up a large part of the so-called ‘red-wall’ will be severely exposed to a double economic hit from Brexit and coronavirus if the UK exits the Brexit transition period without a deal in place at the end of the year.

The report, entitled ‘Assessing the economic implications of coronavirus and Brexit’, focuses on the impact of ending the Brexit transition period on 31st December 2020 in light of the current public health crisis.

The report examines, in the context of ‘U-shaped’ recovery from a coronavirus induced recession, the economic impact of both a new Free Trade Agreement and leaving the European Union without a trade deal.

It seeks to provide an understanding of which sectors, regions and local areas in the UK will be most exposed to both supply-side shocks.

It should be noted though, that the analysis and assumptions that come out of this report assume this ‘U-shaped’ recovery, which is looking ever-more unlikely. Yes, the economy will start to recover and yes, initially it will look like a U-shape – that is until the economy gets to about 50 per cent of the way back, then the recovery will slow, its trajectory of growth is far more likely to take a good decade, if not longer to reach the same GDP (inflation-adjusted) as 2019. In other words, Britain’s standard of living, already struggling will soon about to select reverse gear.

The basic research highlights the following:

There’s another worry as well, one that the media is not talking about yet – but will soon be elevated rapidly, especially in the last quarter of this year. How is the government going to pay for all of this – but more importantly, how will they go about it?

The report gives a grim insight into 2021 – “Given the large increase in government expenditure as a result of coronavirus, it is hard to see how the Government could afford another stimulus package in early 2021 due to failing to secure a deal without adding to already unprecedented borrowing and potentially testing the patience of gilt buyers.”

Think about that for a moment. The Boris Johnson government have been elected to get Brexit done. That Brexit cannot be a ‘soft-Brexit’ or the entire exercise from 2016 and especially Johnson’s election in 2019 will have placed the country into the worst position possible from a voter perspective. So, it has no option but to convince the EU to breach all of its red-lines, thereby threatening the entire bloc – or go for a hard or no-deal Brexit. The latter option is the most obvious route – but the pandemic now means there’s no money to support it.

There will probably be some sort of autumn budget (or statement), even though they were supposedly abolished by this government just last year. A whole raft of measures will be brought in to create an economic stimulus and then pay for it. Simple strategies offer a quid pro quo such as reducing VAT and ending pension guarantees. One reduces treasury revenue (to encourage consumer spending), the other reduces government spending to balance it out. In other words, there is about to be a shift in social and economic policy – austerity is the price once again.

Britain is just about to realise, it has backed itself into a Catch22 with Brexit unless a miracle occurs. One thing we do know – the Tories have already run over the rabbit on its race for Brexit – now there’s nothing in the hat to pull out and we’ll all be made to pay for it.