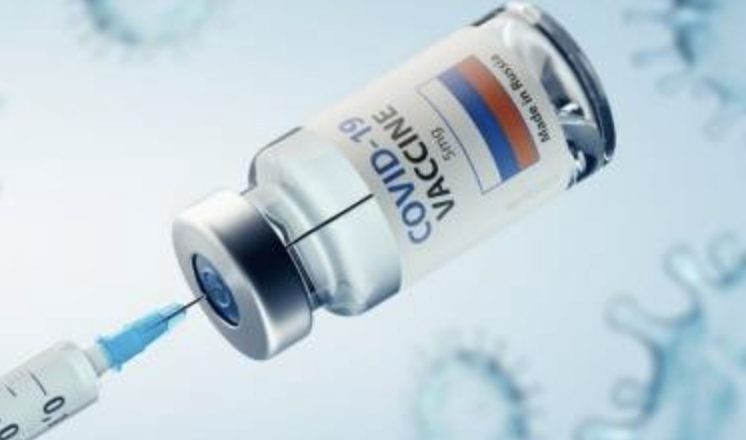 By TruePublica: The vast majority of the global pharma companies covid vaccine has already been bought by the richest governments in the world. With Moderna for instance, this equates to 780 million doses that have already been sold to rich governments, 78% of the 1 billion doses Moderna says it has the capacity to produce by the end of next year.

Big purchases include the USA with 100 million doses but options to buy another 500 million – an amount thought likely to make the company $8 billion. The EU has 80 million doses and an option for a further 80 million. Yet the countries that have secured advanced supplies of the Moderna vaccine represent just 12% of the global population, campaigners warn.

Moderna ran into controversy in May when it released a very partial set of positive results to the media. Hours after press releasing their claims about positive trial results, Moderna sold 17.6 million shares to the public, raising $1.3 billion. Two Moderna executives sold off nearly $30 million in shares while days later, Moderna’s leading shareholder — a venture capital firm called Flagship Pioneering founded by Noubar Afeyan, co-founder and chairman of Moderna — sold 1 million shares, earning $69.5 million. Moderna’s share value sank as the week went on. A former US Securities and Exchange Commission official described this as “highly problematic” and worthy of investigation.

The same can be said of US pharma giant Pfizer’s Covid-19 vaccine. It has already been bought by the richest governments in the world. And just like Moderna, over 1 billion doses have already been sold to rich governments, meaning 82% of the 1.35 billion doses Pfizer says it has the capacity to produce by the end of next year.

Big purchases include the EU with 200 million doses and an option for a further 100 million, the UK with 40 million and the USA with 100 million, and an option to buy another 500 million. Yet the countries that have secured advanced supplies of the Pfizer vaccine represent just 14% of the global population.

Pfizer is likely to offer some doses to developing countries in the coming weeks through the global COVAX Facility, but these are likely to represent a small fraction of the vaccines produced. While rich countries, including the UK, have joined international efforts to ensure fair distribution, they have undermined these schemes by mass purchases of the vaccine doses outside of the scheme.

The NHS’ current plan for the covid vaccine rollout — dependent on the arrival of supplies — would see the whole adult population able to begin receiving it before the end of January, according to leaked documents seen by the Health Service Journal. Under the plan, everyone who wants to would have been vaccinated by early April.

The plan also relies on supplies, including more than 7 million doses being available in December. It is not clear what impact a delay to this would have on the rollout. With most doses due to be administered between early January and mid-March — at a rate of 4-5 million every week — a small delay may not make a huge impact to the overall schedule.

The document is dated 13 November and was shared among some senior NHS regional leaders last week.

From an economic standpoint, securing a vaccine no matter what the cost will pale into the distance as compared with lockdowns that crater businesses and leaves millions unemployed who then rack up billions in debt that then creates a cycle of financial decline. From a political view – not securing a vaccine when a government had the opportunity to do so would be suicidal. The cold reality is that sharing resources to benefit the majority (in terms of world population) is not an option. Humans are only prepared to be charitable when they can afford to be – and this is not going to be one of those moments whether we like the situation or not. No Western government is going to play Russian roulette with its prosperity and security in such circumstances. Arguing anything else is naive. We have rich countries and poor countries, we have global poverty, starvation and disease – all of which is preventable – but we choose not to hand over our own resources to combat those problems until we are ourselves secure. Only then, do we think of the plight of others. It’s a simple and long-standing fact of life. Some would disagree and do make powerful arguments.

Nick Dearden, director of Global Justice Now, said:
“On the one hand, the British government is helping limit the supply of these drugs by insisting on global patent rules that prevent countries producing their own generic vaccines. On the other, it is buying up as much of that limited supply as it can, so there are no vaccines left for developing countries. You couldn’t get a clearer example of how unequal the pharmaceutical system is – some make billions of pounds, while many others die because they cannot afford treatments or there are no more left for them to buy.

“Pfizer claims not to have had any state support, but the advance purchase of a billion doses of an unproven drug, not to mention the tax breaks and direct public funding of Pfizer’s partner suggests their claim is misleading at best. Unless we break the stranglehold of these massive corporations over our medicines, the injustice will continue. It is imperative that we end covid vaccine nationalism and that sufficient supply is made available to all, on a fair basis, as a matter of urgency. That can be helped by supporting governments like South Africa and India who are trying to suspend intellectual property rules at the WTO during this global emergency.”