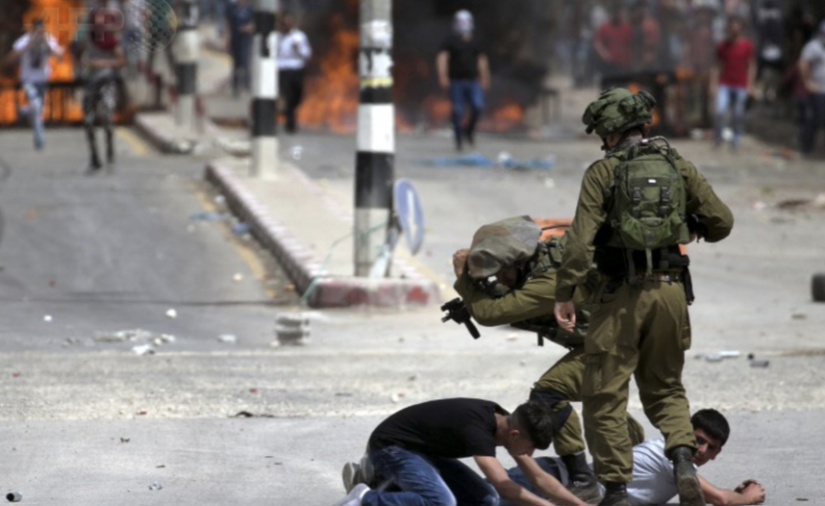 Guest Writer: A sure-fire method of ensuring this news outlet will be attacked with a wave of bots attempting to crack open its security systems and take it down from public view is to report on Israel in a negative light. But let’s call out Israel for what it really is as a state. From WarOnWant –  “there is overwhelming evidence that the system instituted by the Israeli government against the Palestinian people meets the UN definition of Apartheid.”

So just to be clear, we are not talking about Israeli people or Jewish people – we are talking about the state of Israel, i.e. its government and policy towards the Palestinian people. And to provide context – Israel and the Occupied Palestinian Territory constitute one territorial unit under full Israeli control. The total population of people that live in Israel and the Occupied Palestinian Territory, around 6.45 million are Jewish Israelis and about 6.41 million are Palestinians.

Under Israeli law, and in practice, Jewish Israelis and Palestinians are treated differently in almost every aspect of life including freedom of movement, family, housing, education, employment and other basic human rights. Dozens of Israeli laws and policies institutionalise this prevailing system of racial discrimination and domination.

Segregation is carried out by implementing separate legal regimes for Jewish Israelis and Palestinians living in the same area. Sure, this is an apartheid state and it is cruel and oppressive by any standard but let’s be honest here in this moment of Black Lives Matter – Israel is exercising the very definition of overt racism on a very large scale.

Why it is that the world is inflamed over the actions of racist American police when well over half of Palestinians live in enforced poverty, are shot dead by sharp-shooters and incarcerated in military prisons without trial – and yet there is no global reaction for racism targeted at an entire country larger than Scotland. Palestinians are treated far worse than black American’s have ever been – purely for being who they are. Racism is racism – you can’t choose what kind you want to support.

Last month, Iyad Hallaq, a Palestinian man aged 31 who “posed no threat to the lives of those around him at the time” was executed by Israeli police. It was described as an extrajudicial murder. He suffered from autism and physical disabilities had problems with movement and hearing.

Iyad was on his way to the Elwyn Center, a school for persons with disabilities that he had attended daily for six years when Israeli Border Police told him to stop walking. Due to his fear of the police, Hallaq began running towards his school, away from the police – so they shot in the foot. When they caught up with him, Iyad was questioned and when he couldn’t answer them properly they murdered him with three rounds of live fire. Iyad was holding nothing in his hands and died on the street. The emergency services didn’t bother turning up to help – only to take his body away and only then after 20 minutes.

Iyad’s caregiver and teacher Abu Hadid, who witnessed the entire event, was then assaulted by police and taken to a nearby station, where she was forced to take off her head covering and stripped naked. She was held there for around two hours before being taken to the notorious Russian Compound, where she was interrogated for three hours before being released. Then Israeli forces raided the Hallaq family home, searching it and went on to assault family members.

Israel then withheld surveillance camera footage from the area where Hallaq was killed and a gag order was imposed on the Hallaq family’s lawyer to prevent information about court proceedings from being shared with the public. This is the most blatant example of racism it’s possible to describe.

Where was the public outrage? Where the anger for this young man, who just like George Floyd, threatening no-one – was murdered in cold blood because of his race. Unlike George Floyd, Iyad had committed no (suspected) crime and had no criminal record.

For all of the celebrities and politicians getting down on one knee, appearing at BLM events, making public statements to show their solidarity for people of colour – where is their stand over this particular racism? It’s hypocritical, isn’t it? In the UK we have all sorts of protective laws such as the Race Relations Amendment Act (2000), and more recent Equality Act (2010) both of which were focused on outlawing racial discrimination and yet, we’re heavily invested in racism but choose not to look.

Last month the UK’s highest court ruled against a central government regulation that had barred local government pension schemes from divesting from any foreign nation.

The 2016 rule was part of a package of Conservative government measures to protect Israel from accountability through the boycott, divestment and sanctions movement.

The PSC published a similar database in November, showing that UK universities have investments in complicit firms worth more than $580 million.

The complicit firms in the database include companies blacklisted by the UN’s human rights office for their involvement in Israeli abuses.

The PSC database shows that at least 33 local government pension schemes in England and Wales have direct investments worth at least $2.9 billion in complicit firms.

The true scale of investment, however, is almost certainly far higher. As PSC explains, the pension schemes also have indirect holdings via investment funds, which buy shares on their behalf.

Such indirect investment is not included in the database as of yet. Neither are any Scottish local councils. So the figure of $2.9 billion is likely to be conservative.

The database “only displays data we could obtain and verify. It does not include investments made through investment funds and trackers,” PSC explains. It “represents only a small amount of the overall complicity.”

The complicit firms in the database include companies blacklisted by the UN’s human rights office for their involvement in Israeli abuses.

East Sussex and Hackney councils, for example, together have more than $60,000 invested in Elbit, Israel’s biggest private arms manufacturer.

The firm constructs the drones used by Israel to bombard Palestinian civilians to death during its successive wars against the population of the Gaza Strip. In its last major assault in 2014, Israel killed more than 2,200 Palestinians there, including 550 children.

Many of the pension schemes are also invested in Israeli banks, including five in Bank Hapoalim. The bank has been condemned by Human Rights Watch due to its major role in financing Israeli colonies built on stolen Palestinian land in the West Bank, including Efrat and Beitar Illit. Israel’s settlement construction in occupied territories is a war crime.

PSC is urging activists to step up pressure for divestment: “Whether your pension fund is listed or not, it is critical that scheme members get active and demand their fund commits to remove all investments complicit in Israel’s abuses of Palestinian human rights.”

He said it was “deeply appalling that this money is being used to fund violations of international law. Administering authorities of local authority pension funds should seek to remedy this situation as a matter of extreme urgency.”