Editor at The Economist: ‘Something fishy’ about Boris Johnson’s intensive care stay 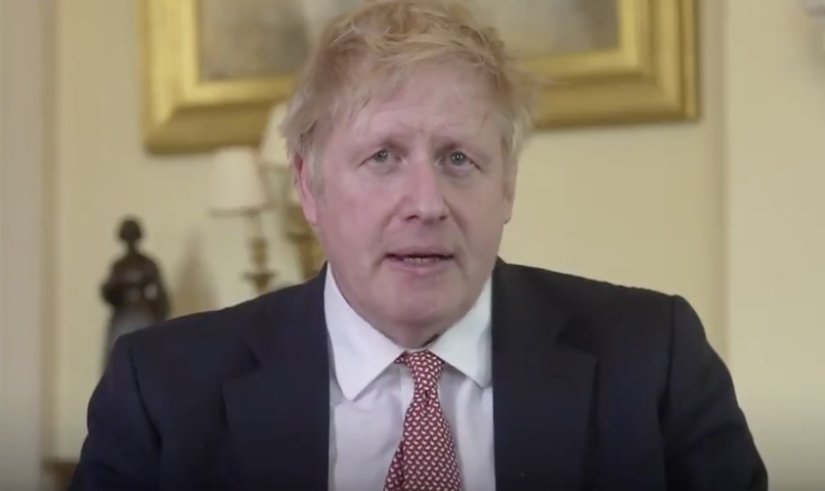 TruePublica Editor: I’m not sure what to make of this story. Boris Johnson has made a career out of creating fictitious nonsense, publishing propaganda and outright lying. If he was someone you knew in the pub or was somehow in your social circle, you wouldn’t take his word for anything and dismiss him as a fantasist. This is a problem when serious things happen – can you ever believe a pathological liar.

In the late afternoon of 5th April, it was reported that Boris Johnson had been admitted to hospital after suffering for 10 days with the symptoms of COVID-19. At the time, No 10 Downing Street had denied the prime minister was more seriously ill than claimed a few days earlier.

On the morning of the 7th April Johnson was moved to intensive care – the BBC had reported that the day earlier, Johnson was already on oxygen support.

American news outlets were reporting that – “Sunday (5th April), he was rushed to the hospital after his condition worsened, and at 7 p.m. the following night (6th April), Johnson was moved to the critical care unit at St. Thomas’ Hospital, on the opposite bank of the River Thames from the Houses of Parliament. A No. 10 Downing St. spokesman called Johnson’s hospitalization a precaution in case the prime minister needed ventilation as his symptoms had worsened.”

So we have a timeline of admission where reporting is consistent.

In summary of the basic timeline, we can say – the PM was suffering symptoms of COVID-19 for ten days, self-isolated for seven days in the No 11 Downing street apartment and was rushed to hospital on the 11th day. Two days later his condition is so bad he is sent to intensive care where he spends another four days. Two of those days according to Boris Johnson himself were critical and ‘it could have gone either way.’ This presumably meant that at some point, living or dying had become a 50/50 chance. Two days after leaving intensive care, he leaves hospital

4.29pm 12/04: Deputy political editor at The Times reports that – “Boris Johnson has left hospital and is now recovering at Chequers. On the advice of his medical team he will not be immediately returning to work. He thanks everyone at St Thomas’ for the ‘brilliant’ care he has received.”

Some criticism is bound to fly about that Johnson then went to Chequers, 40 miles away – but then again, he is being told to convalesce and get back on the road to recovery. It is also a fact that the PM should not be in Downing Street where he could still infect others. Just because his breathing has stabilised and is able to leave hospital, does not mean he is not COVID-19 positive and not infectious.

There is speculation on social media that the PM’s fiance Carrie Symonds, who is pregnant is there waiting at Chequers for him. If this is true, the story goes wrong and speculation will escalate.

At 6pm on the day the PM is released from hospital and only two days from leaving intensive care where breathing was a life or death issue, Boris Johnson makes a full unbroken 5-minute speech to declare that – “the NHS had saved my life – no question. It hard to find the words to express my debt.” Not once does the PM seemingly struggle to pause for an extra breath in an address to the nation, a rallying call to continue the ‘battle that we all face.” He sounds exactly the same as any other lengthy pre-written speech delivered by autocue.

6.37pm 12/04: Chris Lockwood, the Europe Editor of the Economist publicly states – “This is not someone who was at death’s door a few days ago. Something incredibly fishy about the whole business.”

It does seem odd that only two days after a fairly lengthy spell in an intensive care unit with a high degree of respiratory distress during which time it was thought the PM might need respiratory ventilation and could die at any moment, is sent home and can make a full speech and is miraculously cured.

I have spoken with a senior consultant NHS doctor who tells me that it is highly unlikely that most people would have recovered quite so quickly, but certainly not impossible – but if his pregnant partner is there with him in Chequers – that does seem like a strange thing to do. No doctor would ever recommend that unless another test had confirmed otherwise.