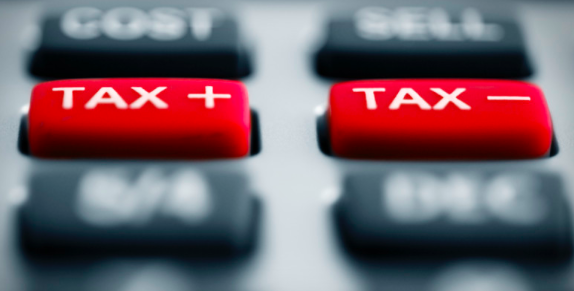 Sol Picciotto – In a recent article I summarised a proposal for a new approach to the taxation of multinationals, based on a report from Public Services International by Danny Bertossa and I. In summary, it would treat multinationals in accordance with the economic reality that they operate as single global firms, and tax them by allocating their profits to each country based on the three, basic profit-generating factors: labour, fixed capital, and sales.

This approach has long been advocated by many academics. More recently it has been taken up by campaigners and some practitioners, and it is now being advanced by countries such as India.

I recently welcomed the Labour Party’s inclusion in its election manifestoof a commitment to adopt the proposals, which gives it a further boost. As with the other Labour tax proposals, it was properly costed. Our paper estimated that it would bring in increased revenue for the UK of between £6 billion and £14 billion, before adjusting for behavioural response, at current rates of tax. This was based on two economic evaluations, one by the IMF and the other by independent researchers. The figure in the Labour Party’s Grey Book of £6.3 billion is therefore on the conservative side.

In its evaluation of the party manifestos, the Institute of Fiscal Studies (IFS) said the following about Labour’s proposal:

“Addresses important issue, and reasonable approach to pursue internationally. But doing unilaterally may be impractical and risks legal challenge. So can’t count on revenue.”

This was part of a very broad-brush evaluation by the IFS of the manifestos of the three main parties, presented to the media, with no further in-depth justifications. Yet while the IFS passed judgement on Labour’s proposals for taxing multinationals, it did not comment on those of the other parties.

So how do the other parties stand up to comparison?

The Conservative manifesto says the following on tax:

“Major multinational companies should pay their fair share of tax. As part of our approach, we will implement the Digital Services Tax.”

After ten years in power, it seems that the Conservatives intend to continue with the same approach of trying to plug the gaps in international tax rules rather than rebuild the dyke. The Digital Services Tax (DST) is targeted only at digital advertising and platforms, though it follows previous unilateral measures, especially the Diverted Profits Tax (DPT). Had the IFS applied the same tests, this policy would likely fare worse than Labour’s.

It is also far from practical. For example, it would apply to Amazon’s sales but only of third-party goods. It is a gross tax on some kinds of digital sales, which will be passed on directly to consumers (see here for a more detailed critique).

It is also open to legal challenge – the US administration has just foundthe similar French tax to be a violation of trade rules, and is proposing retaliatory tariffs of up to 100% on goods worth around $2.4 billion. The existing DPT was also considered legally doubtful under international tax rules by many, and legal challenges are reportedly already under way, notably from the mining giant Glencore. But almost any tax that would cost large multinationals substantial sums would be challenged, so that is hardly a reason to shrink from taking necessary and principled measures.

Above all, the DST is a unilateral measure, which means it does not lead the way towards a solution which would be better for all countries.

The Liberal Democrat manifesto says the following on tax:

“We will take tough action against corporate tax evasion and avoidance especially by international tech giants and large monopolies, including by:

– Introducing a General Anti-Avoidance Rule, setting a target for HM Revenue and Customs to reduce the tax gap and investing in more staff to enable them to meet it.
– Reforming place of establishment rules to stop multinationals unfairly shifting profits out of the UK
– Improving the Digital Services Tax to ensure tech giants pay their fair share.
– Support and build on the OECD’s proposals to require multinationals to pay a level of tax which is more closely related to their sales in every country in which they operate.”

This aligns with the Tories on the DST, while adding that they would ‘support and build on’ the OECD’s current proposals. The discussions at the OECD include allocating at least some more tax rights to countries where sales are made, as well as new rules on taxable presence (‘place of establishment’ rules).

However, it was clear at the most recent OECD consultations that the current proposals lack coherence and credibility, reflecting deep disagreements among governments. The most likely practical result is a proposal for a global minimum tax to be introduced by willing states, but indications are that a Conservative government would not be among them.

Waiting until the OECD can construct an international consensus therefore means moving at the pace of the slowest countries.

The SNP manifesto says the following on tax:

“SNP MPs will back improvements to tax collection and tougher action on tax avoidance, including:

– Measures to improve the transparency of tax paid by international companies to ensure that they make a proportionate contribution to tax revenues
– Multilateral efforts to address tax challenges from the digitalisation of the economy
– Further action by the UK government to tackle international tax avoidance.”

What is meant by a ‘proportionate’ contribution is unclear, but transparency alone will not ensure it. The SNP seems to be hedging its bets by advocating both support for multilateral efforts as well as further action (which is unspecified) by the UK government.

The Green Party manifesto says the following on tax:

“Our plan for tax justice will…advocate public country-by-country reporting and consolidated Corporate Tax across the EU to prevent profit shifting.”

This is sketchy to say the least – especially in a manifesto that is 75 pages long. Significantly, it contains no proposals for taxing all multinationals.

Overall, Labour has put forward the most reasoned proposals. Although the IFS conceded that the proposals point the way to a better international solution, it described Labour’s framework as “impractical” without any further explanation.

There was scant recognition that Labour had done serious work to identify a viable policy framework for taxing multinationals. The legal risks are as great or even greater for the other parties’ proposed digital services tax, which is a badly designed and a purely unilateral measure. This, combined with the silence on the other parties’ vague proposals, seems one-sided.

Labour’s policy framework is detailed and workable. It uses an approach that reflects the business reality that multinationals are global enterprises. On this basis, they should pay corporation tax on a proportion of their global profits that reflects their UK share of sales, employment, and assets. So if a multinational like Amazon has (hypothetically) 10% of its sales, employment, and assets in the UK, it would pay corporation tax on 10% of its global profits.

The information is available for the HMRC to adopt such a measure. The approach is principled and fair. It would create a more level playing field between the global giants and national businesses. And recovering the revenue is important for under-funded public services and the infrastructure on which firms like Amazon rely.

Labour is to be commended for taking the bold step of adopting this new framework. Unfortunately, the other parties’ proposals are vague and unambitious, and face significant obstacles and pitfalls.

In future, commentators should make careful comparisons when offering evaluations of the parties’ manifestos that aspire to be balanced and authoritative.