The cost of Brexit – £200 bn in ‘collateral damage’ and counting 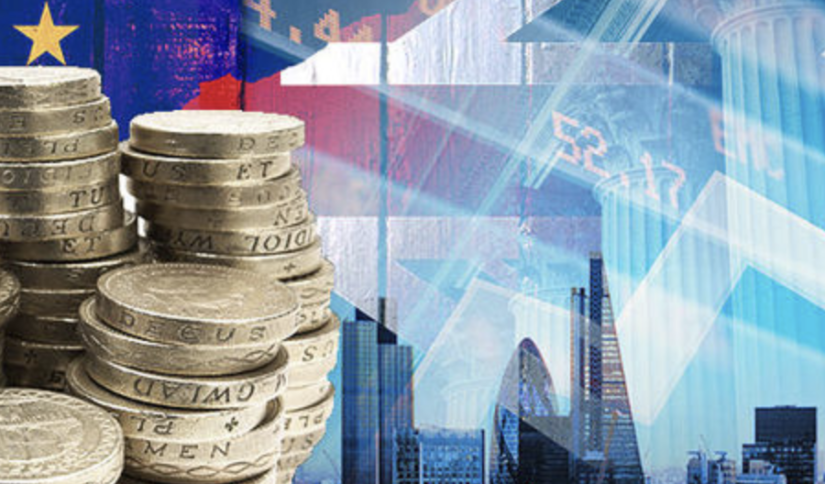 Brexit has now cost the UK £130bn in what is termed as “collateral damage” since the referendum, a new study suggests. And this number is set to rise another £70bn by the end of 2020.

Bloomberg Economics said Britain’s economy had been “lacklustre” over the three-and-a-half years since a majority of voters backed Leave in the EU referendum in 2016.

It predicted Brexit would continue to hold back national output, forecasting a further £70bn hit in lost opportunities for growth this year.

The Conservatives’ landslide victory in December broke the long-running political deadlock at Westminster, paving the way for Britain’s departure on 31 January.

But while Johnson’s Brexit withdrawal bill attempts to tackle key issues linked to Britain’s departure, official talks over the future of EU-UK trade and wider relations have not even begun. Although the British government have stated that the EU deal will be done by 31st December 2020, EU officials do not agree stating that it could take years.

Mark Carney, the governor of the Bank of England, warned in a speech on Thursday of the risk “uncertainties over future trading relationships could remain entrenched.”

He said such uncertainty had already proved a “persistent drag” already on the UK economy, slowing growth below its potential, particularly through reduced business investment. Inward investment into Britain has all but collapsed since 2016.

Carney, who leaves his role in March, said growth had “significantly underperformed” the central bank’s predictions prior to the referendum.

He said GDP was 3% lower than might have been expected if Britain had voted to stay, taking into account how the rest of the world’s economies had performed since June 2016.

Uncertainty has dented business investment and innovation, hitting firms’ capacity to grow, according to Carney.

Investment has significantly fallen in four of the past seven quarters, with growth more than 20% less than forecast by the bank before the referendum in May 2016. Household spending has also fallen in the past year adding to economic woes.

He added: “Brexit-related uncertainties may have dissuaded companies from expanding supply capacity or entering new markets.”

But the survey of business leaders, conducted by accountancy giant Deloitte, saw 38% say they planned to increase investment in 2020. That marked the highest proportion in four years, while Brexit also dropped from the top to third on a list of their greatest concerns. 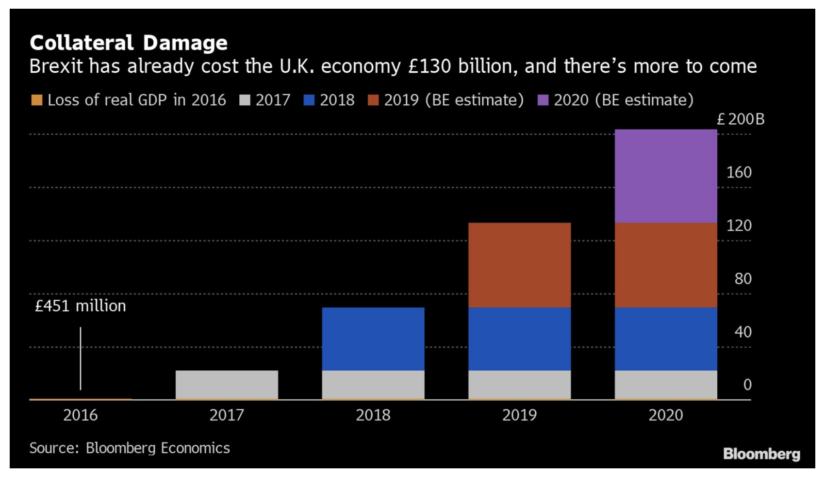