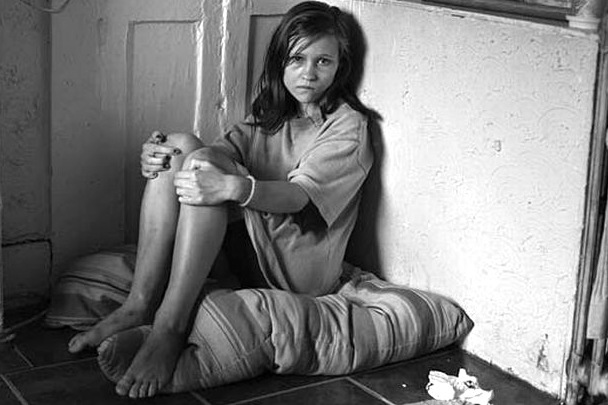 By TruePublica: The illegal bombing of Syria by Britain is not just an injustice to the innocent people of that country, it’s an injustice to our own country. Four missiles were fired by British bombers, the total cost (not including aircraft, pilots, ground support and airfield support) was £3.6 million. It appears that austerity means cutting services to the NHS, police, education, child poverty and a whole host of critical services upholding civil society – but austerity doesn’t mean cutting the cost of the death toll inflicted by the sociopaths residing in Downing Street on the people of another country.

Since 2010, two years after a banking-led implosion that has lingered on ever since and threatens to do so for another decade, almost everything the government is supposed to achieve for the citizens of the nation is now failing.

In a general sense, in a democracy, all the people of a state or polity are involved in making decisions about its affairs. That, however, is not the case in Britain. No-one voted to have the very institutions of civil society break down as they are today.

The fault lies in Thatcherism, or to give it its correct name, neoliberal capitalism – advocated by Margaret Thatcher. It has been used to describe the beliefs of the British government under Thatcher as Prime Minister from 1979 to 1990 and beyond into the governments of John Major, Tony Blair, David Cameron and now Theresa May.

What we are seeing now is a country in break-down. A crisis of violent crime, a housing crisis, a health crisis, rising poverty, debt, rising death rates amongst the less able and inequality, along with the implosion of Britain’s antiquated two-party state.

Peter Hitchins, who now reclassifies himself as a reformed Thatcherite wrote in his article The Great Con That Ruined Britain: “I am so sorry now that I fell for the great Thatcher-Reagan promise. I can’t deny that I did. I believed all that stuff about privatisation and free trade and the unrestrained market. I think I may even have been taken in by the prophecies of a great share-owning democracy. But the new broom swept, and it swept pretty clean. In towns I know well, car assembly lines, railway workshops, glassworks engineering plants, chocolate factories vanished or shrank to nothing. A journey across the heart of England, once an exhilarating vista of muscular manufacturing, especially glorious by night, turned into archaeology.”

The ideology of neoliberalism is now failing; how they all got it so wrong. Today, half of British civil society experiences little more than a crisis of daily life. You do not have to look far – we are surrounded by the depressing evidence of it.

The Guardian reports that “Cuts to policing under a Tory government are likely to have contributed to a rise in serious, violent crime, leaked Home Office documents show.

As the home secretary, Amber Rudd, prepares to launch her strategy to tackle such crime today, files emerged noting that a shrinking police force was causing problems. After pointing out falling officer numbers, her departmental officials state: “Resources dedicated to serious violence have come under pressure and charge rates have dropped. This may have encouraged offenders. [It is] unlikely to be the factor that triggered the shift in serious violence, but maybe an underlying driver that has allowed the rise to continue.”

“Builders shrug their shoulders at Theresa May’s plans to solve the housing crisis” – says The Telegraph. Would tweaking the planning process really make enough of a difference, as the country tackles a widespread, persistent housing crisis – the paper asks? Homeownership amongst 18-34 years olds is now the same as it was in 1918. What is the point of government if it cannot even house its own citizens?

The KingsFund reports of an “NHS crisis: When a plan is not a plan” and describes that “despite all this planning, the NHS is in full-blown crisis” and that “there is a real danger that everyone begins to normalise a situation that in previous years would have been unthinkable.” Decades of increasing life expectancy is now in reverse.

Numerous papers reported the story of schools plugging gaps left by social services budget cuts as poverty becomes more extreme where desperate teachers were left feeding hungry kids and washing their clothes. Austerity now attacks the most vulnerable in society, those that cannot defend themselves. One in 4 children are already living in poverty, set to increase to one in 3 in just three years time.

Analysis by the New Economics Foundation finds that “Over 40 percent of UK workers struggling to make it to payday” and that more people are falling prey to problematic credit card debt.

Stella Creasy, MP for Walthamstow, said: “Millions of people are now zombie debtors”. The report goes on to say that “Far too many are living under the long, dark shadow of loans they took out and can simply never pay off. This is because the charges they end up paying often amount to more than twice the original amount borrowed.” Regulation of the banks has simply not materialised even after their last social experiment that imploded in 2008 that continues to affect 95 percent of the population of Britain.

Four-fifths of teachers responding to a survey say their increased workload is leading them to think about leaving the profession. The NEU survey’s findings tallied with those of a similar poll by the country’s other major teaching union, the NASUWT. It found 65% of respondents said they had seriously considered leaving the profession in the past 12 months. Then what?

The Resolution Foundation published their 2018 report entitled “The Living Standards Outlook 2018” – and it makes some pretty dire predictions, typically: stagnating incomes in an inflationary economy, inequality to rise to new peaks by 2023, the poorest working-age household will suffer even more and that overall living standards are set to fall. Trickle down economics, promoted by experts, economists and politicians was a con, clearly.

A recent report accused the current government directly of the deaths of 120,000 people in Britain due to its austerity drive. UK death rates have spiked since cuts to health and social care were implemented in the last seven years. Another 152,000 are calculated to die as a direct result of austerity before 2020. To reverse this horrific number of human suffering, another £25billion would be needed (about the same as the cost to taxpayers of the Iraq war). Its authors say this is now a “public health disaster” – or as they put it more accurately – “economic murder.”

The government itself appears to be disintegrating. The Times newspaper warned recently that Theresa May’s government “has shown signs of tipping into anarchy as ministers flout her authority.” In addition, The FT highlighted just last month that “Brexit chaos shatters Theresa May’s illusion of unity” as it opined that “Theresa May is rapidly facing a crunch point.”

Lord Bridges, former Brexit minister, was urging Mrs May to get a grip as civil servants, desperately seeking some kind of political lead, have tried to fill the policy vacuum as the government is engulfed in crisis.

The Tory party is now unable to offer up its own delusions of ‘strong and stable’ or indeed, anything positive at all.

Britain is now inevitably right on the brink of a political crisis and at a time of a serious national dilemma. It is in the hands of the very same people who created the terrible mess we are already in. There is no workable government any more. There is no credible prime minister in office. The Novichok scandal, bombing of Syria and cooked up Russiaphobia is more proof of a desperate government attempting to divert the awful truth with a classic made-up foreign foe worthy of a Peter Sellars comedy. It would be funny if it wasn’t so sad, dismal and serious.

Both political parties have divided society like it was some long-gone bygone era forgetting this is supposed to be the sixth richest nation on earth in the 21st century. Everything is the opposite of stable. A referendum was given to the people who rejected the established norms set out by a political class who are themselves clueless about even their own prospects, let alone a country with great influence within the EU.

Then a disastrous post-referendum election took place. It ended with the DUP holding the balance of power. This really means that they hold power, not the government itself. And neither the Tories nor Labour would have a working majority without them and both would be at their mercy. As the Tories are.

As for the ever-increasing debris that the Brexit deal for Britain brings, the Conservatives are committed to leaving the single market and the customs union (we think), even with the huge economic hit that entails. But what did Labour achieve? It managed to neuter both the Brexit question and the immigration issue simply by facing neither of them. With no credible opposition in office, there is no-one holding the Tories to account and unbelievably they are neck-and-neck in the polls.

We need a new story, a new politics, a new way. Our two-party state has essentially failed us all.

However, don’t be conned by a wolf in sheep’s clothing. The Guardian recently reported that: “Britain’s nascent centrist party has said it has links to Tony Blair and his son Euan as it seeks to win over potential recruits. Simon Franks, who founded the LoveFilm movie-streaming business, has been working for more than a year with former Labour donors and senior members to create an organisation that could back candidates in a future general election.”

The last thing this country needs right now is another ‘New Labour’ in drag. It should never, ever, be forgotten that Blair’s dementedly misguided Neocon experiment with America unleashed unspeakable consequences for the people of the Middle East, much of which is still being played out to this very day, to the great cost of British people. Many qualified commentators are now uttering phrases such as ‘global conflict’ as a result. In the meantime, all the terrorism back home can be directly related to the unquantifiable recklessness that Blair and Cameron undertook in Iraq and Libya. Theresa May has made exactly the same mistake in Syria.

And whilst all these deadly geopolitical games play out, £21 billion was the (direct) cost to British taxpayers in Iraq, £37 billion was wasted in Afghanistan. Then there was Libya, the wealthiest nation in Africa reduced to gang warfare and overrun with fanatical terrorists and the main source of illegal immigration to Europe that cost billions to achieve. Britain has even spent £1.8billion firing munitions from drones in Syria that George Osborne declared would cost in the ‘low tens of millions’ – that is, before he was sacked by his own party. And what has all this brought us?  Nothing more than the fragmentation and destruction of societies we had no business in, whilst our own people back home suffer, public services fail and civil society breaks down.