The Legal Challenge to Police Use of Facial Recognition Surveillance 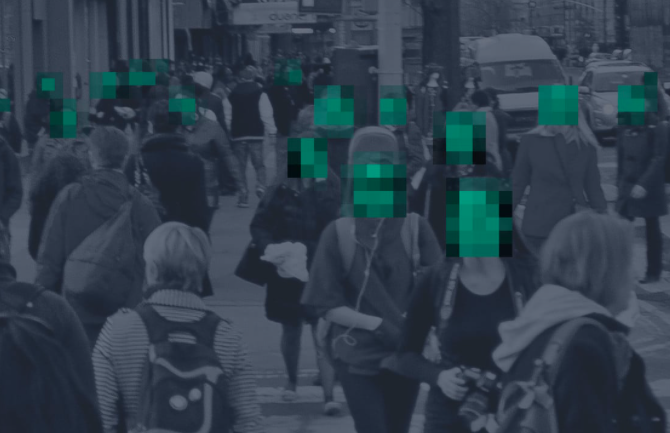 Big Brother Watch and Baroness Jenny Jones have issued proceedings in the High Court, in a crowdfunded legal challenge to the Home Secretary and Metropolitan Police’s use of “Orwellian” facial recognition cameras.

The civil liberties group has issued a claim in the High Court requesting permission to proceed with a judicial review of the Metropolitan Police’s use of facial recognition surveillance.

The Met recently targeted Westfield shopping centre with the China-style surveillance cameras, following previous controversial deployments at Notting Hill Carnival and Remembrance Sunday last year. No arrests were made using the tech at Westfield, but police were witnessed rushing to stop and search an innocent young black man following a facial recognition misidentification.

Their investigation revealed that even when innocent people are wrongly “matched” the police store biometric photos of the individuals for up to a year without their knowledge.

Facial recognition works by scanning thousands of faces within view of a surveillance camera and checking them against a police “watch list” of photos in real time.

Big Brother Watch understands these watch lists have included not only wanted suspects, but also political protestors, football fans, and innocent people with mental health problems who have no criminal history.

The Met’s use of facial recognition cameras has attracted public controversy. But despite threats of legal action, the force has vowed to increase their use of the technology this year.

Members of the public have raised over £5,000 on the crowdfunding website CrowdJustice to enable Big Brother Watch and Baroness Jones to begin the claim.

“Facial recognition CCTV subjects members of the public to a constant police line-up.

When the police use facial recognition surveillance they subject thousands of people in the area to highly sensitive identity checks without consent.

Facial recognition cameras are not only authoritarian, they’re dangerously inaccurate. The use of this technology by the police risks taking us down a slippery slope towards an Orwellian society.

It is the public’s support that has allowed us to bring this legal challenge. We’re hoping the court will intervene, so the lawless use of facial recognition can be stopped. It is crucial our public freedoms are protected.”

“The police’s refusal to stop using automated facial recognition cameras leaves me with no choice but to bring this human rights challenge. This new form of surveillance lacks a legal basis, tramples over civil liberties, and it hasn’t been properly debated in parliament.

The idea that citizens should all become walking ID cards is really the antithesis to democratic freedom. Facial recognition surveillance is likely to impact on my political work, whether I’m trying to meet whistleblowers in the city or attending protests and meeting campaigners where it is being used.

In a democracy like ours, individuals should not be identified and tracked by the state in this way. The Home Office bears responsibility for allowing this lawless growth of police facial recognition.

I very much hope the Court will ensure the current situation is brought to an end without further delay.”

“Not only has the public raised concerns about the use of AFR but so too has the Information Commissioner and the Biometrics Commissioner. The latter has said that automated facial recognition is “very intrusive of personal freedom” and that the “lack of governance is leaving a worrying vacuum.”

Our clients have provided compelling evidence to the court, showing that the use of AFR by the Metropolitan Police is contrary to Articles 8, 10 and 11 of the European Convention on Human Rights. The Home Secretary has failed to show that the use of AFR is either proportionate or necessary in our democratic society. Our clients hope the issuing of proceedings will result in an immediate halt of its use by the police and reconsideration by both the police and Home Office as to whether it is suitable to use in the future.”