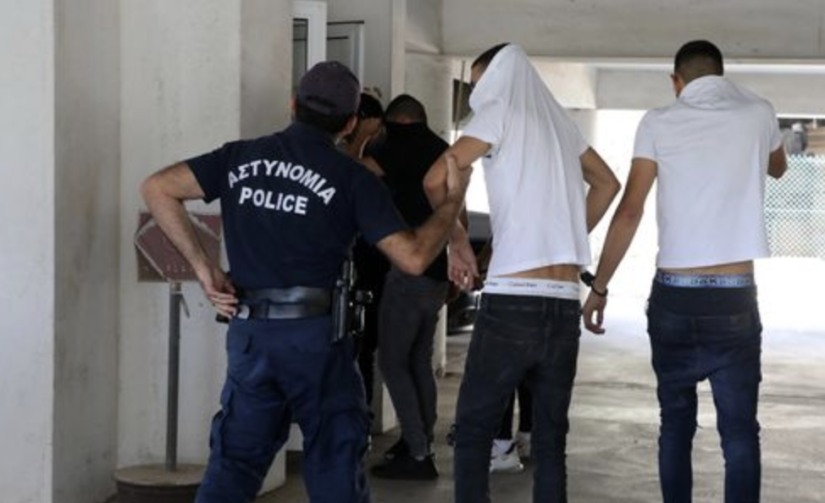 The Gemini Project, a non-profit organisation aiming to end sexual violence through advocacy and campaigns, was incensed about the BBC coverage of the Ayia Napa case, which they described as ‘shameful’. They put together a Twitter thread that contained all the details the BBC didn’t include in their news report which they believe should have been mentioned. Here, we have published it in full. The BBC’s report should have been as follows:

A 19 year old British woman has been accused of ‘public mischief’ after she was forced into withdrawing her allegation of being gang-raped by 12 Israeli tourists aged between 15-22 in Ayia Napa. The victim wrote and signed a statement 10 days after initially reporting the incident, retracting the allegations. The statement was written and signed after nearly 9 hours of overnight questioning whilst the victim was suffering from PTSD, under duress and facing threats of arrest by Cypriot police.

The police denied the victim access to a lawyer, a violation of the European Convention on Human rights.

Once the statement was signed the 10 alleged assailants were released and allowed to return home to Israel where they were met by relatives at Ben Gurion airport with champagne and chanting ‘The Brit is a whore.‘

The victim was then jailed for a month following her retraction, before being released on bail in August 2019 but had her passport confiscated so has been unable to return home. The victim alleges she was having consensual sexual relations with one of the men before others appeared and pinned her down. The victim stated she ‘couldn’t breathe’ as a man pinned her down by placing his knees on her shoulders whilst others shouted and jeered.

Once the attack was over she fled the hotel and went to a clinic before the police were called.

She was so terrified she passed out twice in the police car. A doctor for the defence told the court he was adamant “violence was exercised” and that injuries found on the victim’s body were “consistent with the rape having taken place”.

The police have evidently failed to follow correct procedure, denied her access to a lawyer, failed to properly photograph and measure bruising, failed to examine clothing, failed to record their questioning and coerced her into signing a false statement.

Video footage of the incident was taken and circulated by the alleged assailants. The prosecution stated she made up the allegation after being humiliated by video footage being circulated online. It is not illegal to film and circulate a sex act without permission in Cyprus. The assailants were not present and not required to give evidence at the trial despite four traces of DNA being found on the victim and one of the men originally stating that they all met outside the apartment and said ‘we’re all going to f*** the English girl’ and bragged they were going to ‘do orgies’ with her.

The police have evidently failed to follow correct procedure, denied her access to a lawyer, failed to properly photograph and measure bruising, failed to examine clothing, failed to record their questioning and coerced her into signing a false statement.

The victim has suffered a clear breach of her human rights through lack of a fair trial, as well a miscarriage of justice on top of the traumatic experience of being gang-raped. As a result of the verdict, she could face up to a year in jail and a £1,500 fine.

The victim’s lawyers have vowed to appeal the decision and take it to the Supreme Court of Cyprus and to the European Court of Human Rights.

The victim, in this case, has suffered unimaginable trauma from July, when the incident occurred, to present. It is unthinkable that a victim of gang rape has been mistreated in such a way after trying to seek justice.

She has been let down, suffered human rights violations and been traumatised further. The British government must do everything in their power to challenge this grave injustice and ensure the woman can return home to the UK.

Her mother Jenny has said that the lack of government support has shocked her, adding that other than a consular officer visiting her daughter and helping her visit her in prison she’s seen and heard nothing from those at a higher level.

She stated: ‘I’m shocked that neither the EU, the Embassy or government through my MP have stepped in to ensure fundamental rights under EU law are observed. You have a concept that if something goes wrong, you’ll be helped by having a British passport -that’s not my experience.‘

Earlier this evening the Foreign Office and Dominic Raab finally commented on the case. We hope they soon take action.

The Cyprus Mail, unworried by the actual rape case or how it was handled by the authorities reports that – “Cyprus’ tourism industry could take a real hit if a campaign urging holidaymakers to shun the island (of Aiya Napa) gains traction.”

The mother (who cannot be named) of the victim has decided that economic pressure may get results. “My personal view is that that’s a good thing to do, because from what I’ve seen … this is not an isolated incident,” she told BBC Radio 4’s Today programme. “The place [Ayia Napa] isn’t safe – it is absolutely not safe. And if you go and report something that’s happened to you, you’re either laughed at, as far as I can tell, or, in the worst case, something like what’s happened to my daughter may happen.”

The mother also confirmed that her daughter had planned to go to university this year after being accepted for the courses she applied for and being offered a bursary at one institute.

Sentencing of the victim will be on 7th January.