Is It Time For Civil Society To Take Over The Economy 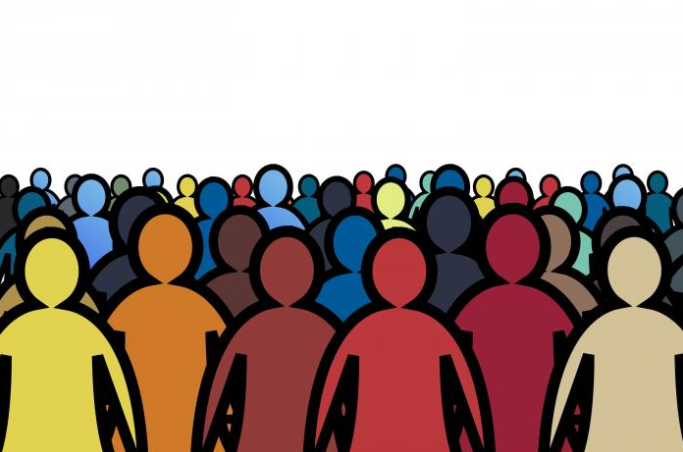 By Giles Simon – Communications Manager at Co-operatives UK, writing for Civil Society Futures:  – Ten years ago the wheels started to come off the UK economy and we saw the beginning of the financial crash. Fast forward a decade and people are beginning to question what has really changed. As Torston Bell put it in the Guardian: “The financial crisis highlighted the big challenge of our time: to ensure the economy delivers for working people. Looking back over the last decade, it’s clear we have far from delivered.”

The biggest shift the economy has seen has been the reform of the public sector. But from Brexit to the general election, more and more people have been calling for a bigger transformation of the economy to one where people have control, one for the ‘many not the few’ or one that ‘works for everyone’. YouGov polling earlier this year showed two thirds of people say they have no control over the economy, and only quarter think they can influence either their workplace or their local area.

Yet this change has not come, or at least not yet. Beyond small regulatory changes there has been no significant shift on key issues like the regulation of the financial sector or steps toward the reduction of inequality.

Over the last two years we at Co-ops UK have been talking with a wide range of people involved in co-operatively-run organisations – worker owned businesses, housing co-ops, credit unions, freelancer collectives, farmer run businesses and the like. There are 7,000 co-ops in the UK in all, working right across the economy and together they turnover £34 billion a year.

Businesses like the Queens Enterprise Award winning Suma Wholefoods and dairy giants Arla demonstrate they are already successful players in the economy. What sets them apart, of course, is that they are businesses owned and run by the people most affected by them, who have an equal say in what they do and how their profits are used.

We have been talking to them about how we can grow the number of co-operatively run organisations in the UK, with an aspiration that in 20 years one pound in every ten will be spent in a co-operative or mutual business. It’s an ambitious target, but one drawn from the fact that co-ops are already significant a part of the UK’s private sector and through concerted effort we can extend that number and their reach.

With 550 organisations we have co-created a strategy to help make this happen. Called ‘Do it Ourselves’ it is based on the recognition that we cannot wait for new government policies or a sudden wave of enlightenment; we need to just get on and do it ourselves. There are three guiding principles:

Commit to being great. Existing co-operatives are the inspiration that draw people to start or join a co-op. We need co-ops to be exemplars – in governance, in member engagement, in making a difference. We need existing co-operatively run organisations to keep on doing what they do best, and do more of it.

Be open to new co-operation. Co-operatives are a tool to help people take ownership of things that matter to them, whether that’s accessing decent food, housing, work or healthcare. People co-operate naturally and we need to identify and support people who are coming together to address the issues that concern them by forming new co-ops.

Inspire more co-operation. While co-operation is a natural instinct, it often takes some inspiration to get started. Through campaigns and brilliant examples, we need to inspire more and more people to see how working together can enable them to take ownership of the things that matter to them.

There is no part of the economy that co-ops can’t work in, whether it’s our broken housing market or supporting farmers to achieve economies of scale. But there are three areas that stand out as needing co-operative approaches right now.

First, social care. Almost every day we hear about the social care crisis. In part this is about a lack of funding. But it also about the way social care is organised. Co-operative approaches to social care allow the workers and users to own and control what organisations do, allowing them to be more responsive to the needs of the people affected by it. In Wales, a large charity, Cartrefi Cymru, has converted to a co-op because it has recognised the importance of having input from a range of stakeholders into the running of the organisation.

Second, the gig economy. As the number of people in self-employed work continues to grow so does the number of people in precarious work. Coming together in co-ops – often in collaboration with trade unions – is a way for these workers to achieve financial security and create a safety net for themselves. Indycube is a new co-op for freelancers that is working with the trade union Community to provide back office services to freelancers, offering a model for how co-ops for the self-employed might develop.

Third, technology workers. The number of people working in the digital economy is growing fast, and for many tech workers having a say in what they do is as important as what they do. Worker ownership – which evidence shows leads to greater levels of productivity and staff satisfaction – is a natural way for tech workers to organise. Co-Tech is an energetic new network of technology co-operatives, sharing work and spreading the worker co-op model, with a goal of growing 100,000 jobs in the sector by 2030.

In the last ten years, since the financial crash began, there have been growing calls for a fairer economy over which people have more say, yet there has been little movement toward it. Over the next two decades, through a focus on key areas of the economy where new approaches are needed, perhaps we can start to shift toward a different kind of economy.

Giles Simon is Communications Manager at Co-operatives UK, the networks for the UK’s thousands of co-operatives. www.uk.coop