Time to halt the NHS gravy train for management consultants 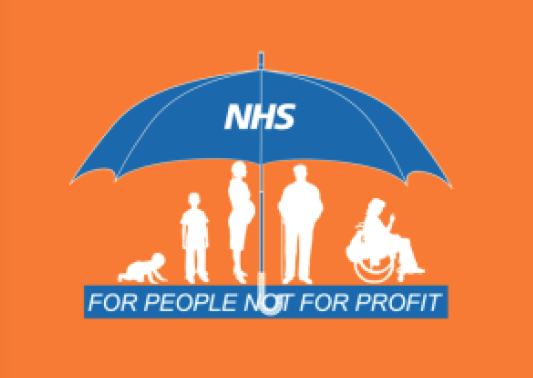 By Jonathan Allsop – openDemocracy/uk: New evidence has emerged that management consultants make NHS hospitals less, not more, efficient. Which will be little surprise to the NHS staff who have to deal with them.

The recent collapse of Carillion not only threw a long overdue spotlight on the billions leached from the NHS and other public services by the Private Finance Initiative but also severely dented the notion that “private knows best” when it comes to running public services. The public sector’s use of management consultants has grown exponentially since the early 1990s to the extent that the use of consultants by the public sector now accounts for over a fifth of the total turnover of management consultancy firms. For as long as I’ve worked in the NHS (I joined as a trainee accountant in 1990) a view has persisted that, whether we’re caring for patients or supporting those who do, no matter how hard we work or how good at our jobs we are we’ll never quite be as efficient as our private sector counterparts; forever the lower league journeymen to their Premier League superstars.

I’ve lost count, down the years, of how many times I’ve seen management consultants (more often than not from one of the Big Four accountancy firms) brought in, at considerable expense, to do jobs that people in the NHS with vastly more experience in the relevant area could have done much better for a fraction of the cost. The sums involved, when viewed in isolation, often aren’t headline grabbing but collectively they add up to a substantial flow of money out of the health service and into the coffers of huge multinational corporations. How much exactly? Well, precise figures on how much the NHS as a whole spends on management consultants are difficult to come by but in December 2014 the British Medical Journal reported that NHS spending on management consultants had risen to £640 million per year (compared to £313 million in 2010) as they cashed in on the chaos created by the implementation of the Health and Social Care Act with some consultants charging a whopping £4,000 per day for their services.

To illustrate the impact of the health service’s often unnecessary use of management consultants here’s a recent example from my own experience working in an NHS finance department. It comes nowhere close to the scandal of PFI but it’s typical nonetheless of how the NHS has become reliant on the private sector to do work that could quite easily be done in-house. I’ve chosen this particular example as it’s the most recent but, to be honest, there are dozens of others that I could have drawn from – ranging from project managers on eye watering sums per day brought in to lead the implementation of new systems or inject commercial rigour into dull old NHS accounting practices, to poacher-turned-gamekeeper consultants drafted in to advise on the impact of government policy that they’ve already had a hand in writing. (The current work on Sustainability and Transformation Plans (STPs) is the latest in a long list of examples of the latter).

NHS Improvement, the body responsible for overseeing the financial performance of NHS trusts, is currently driving a move towards trusts identifying the costs of individual patients, rather than averages, under its ‘costing transformation programme’ which is a major focus for me in my role as the costing lead at a mental health trust. One strand of this programme involves independently assessing the accuracy of the costing information that trusts produce. In 2016 NHS Improvement awarded a three-year contract to perform this work to EY (in previous years the work had been undertaken by PwC and Capita). You might know EY better as Ernst and Young, one of the Big Four multinational accountancy firms who were rebranded in 2013 and are headquartered in smart offices close to Tower Bridge in London. In October of last year EY were fined £1.8 million by the UK’s financial watchdog the Financial Reporting Council, for “failures to obtain reasonable assurance” about whether the financial statements of global technology company Tech Data “were free from material misstatement”. Not particularly reassuring for the NHS but, hey, away from the beady eyes of the FRC a handy NHS contract like this is money for old rope for the likes of EY. Firms can typically walk away from NHS contracts such as this without any repercussions no matter how shoddy the work.

The contract involves auditing the costing information produced by around one-third of NHS trusts each year over the three-year period. In December 2015 NHS Improvement invited tenders to undertake this work and stipulated a maximum price of £3.9 million, but details are sketchy on the actual price agreed with EY. NHS Improvement’s board papers from around the time are rather coy, indicating only that six companies were invited to tender and that EY had won the contract. Later on the board papers from its meeting in July 2016 referred to a saving of 36% on the contract value after the initial costs and activities within the scope of the audit were challenged. Which represents quite a saving – looking back at footage of the meeting (the public part of NHS Improvement’s board meetings is filmed and available to view on their website) there is more than a little surprise amongst board members as this substantial saving is noted.

Such cost cutting is often a false economy though. It usually means cheaper, less experienced members of staff being employed on the contract and this was evidently the case when EY visited our trust in February last year. Very early on in the audit it became apparent that, beyond the basics, the auditor’s knowledge of NHS costing processes and mental health services was scant. In the end, the auditor spent a mere two and a half days on site and this was followed up with a handful of telephone conversations and email queries which barely skimmed the surface of the figures being audited.

A first draft of the audit report, when it eventually turned up, after much chasing, over four months later was strewn with errors including reference to “urology IAPT services” which given that IAPT refers to improving access to psychological therapies makes the mind boggle. The errors were eventually corrected, and a second draft was sent out a month later, in the middle of July, requesting our formal management responses to each of their audit recommendations within two working days. That this tends to be the busiest time of the year for anyone involved in NHS costing (the deadline for submitting the annual reference costs return is usually towards the end of July) was seemingly completely lost on EY. The report itself, once published, was lacking in any real insight, full of half-baked recommendations and with the overall feel of a piece of work that had failed to get to grips with the topic that it was meant to be reporting on.

It’s staggering that at a time when the health service is enduring the longest squeeze on its finances in its seventy-year history that it can afford to spend a few million pounds on poorly executed work such as this. In the absence of knowing the actual cost of the contract let’s assume, not unreasonably, that EY’s original tender value was close to the maximum price of £3.9 million. In that case a 36% saving would suggest a contract value of around £2.4 million. Now, in the context of an overall budget for the NHS of more than £120 billion that may sound like small beer and indeed when you spread it, rather crudely, across all the trusts that will be audited during the contract period the cost works out at around £10,000 per organisation. Not too bad, you might think, but it’s a frankly ridiculous sum for barely a week’s work and a report that told us nothing about our costing process that we didn’t already know.

We have been told repeatedly down the years that the expense of management consultancy is more than off-set by the beneficial effects it has on the efficiency of public sector organisations. However a recent study by a group of academics at Bristol, Seville and Warwick universities on the impact of the use of management consultants on public sector efficiency, perhaps the first of its kind to measure the quantitative impact of using consultants, concluded that far from boosting efficiency the use of management consultancy actually decreases it. And this didn’t even take account of the, often ignored, demoralising impact on NHS staff of continually seeing management consultants brought in to perform tasks that they could and already are paid to do. One of the authors of the report, Ian Kirkpatrick from Warwick Business School felt that in the current financial climate the NHS must consider “whether it is appropriate to continue using external consulting advice at the current level”.

It’s disheartening to say the least to see others brought in, time after time, to work on “exciting” projects and produce work of questionable benefit whilst we get on with our day jobs and are invariably left to pick up the pieces when external consultants depart. Much of this work could be brought in-house and would offer talented, experienced and dedicated NHS staff the chance to look beyond their day jobs to improve the quality of care that patients receive at a fraction of the cost of using the private sector. We might not be as good at spouting the fancy management-speak and preparing the snazzy PowerPoint slides but at least give us a chance. EY’s work on the costing assurance programme could, and should, have been performed by costing leads at other trusts – a form of peer review that would subject the costing processes of each trust to proper scrutiny and offer valuable insights into how those processes might be improved. All this for a mere fraction of the cost of involving the private sector.

So it’s refreshing to read the Shadow Chancellor John McDonnell refer to Carillion as a “watershed moment” and promise that a future Labour government would end the “private knows best” rip-off. For too long huge multinational corporations like EY, McKinsey, PwC, KPMG and Capita have been riding this NHS gravy train. Only last week it emerged that NHS Improvement has awarded a £500k contract to McKinsey to apparently help it define its “purpose”. This comes less than two years after a similar deal, worth £1 million, was struck with yet another management consultancy firm KPMG on defining NHS Improvement’s role. Enough is enough, it’s time to bring this nonsense to a halt and let NHS employees get on with what we are paid to do.