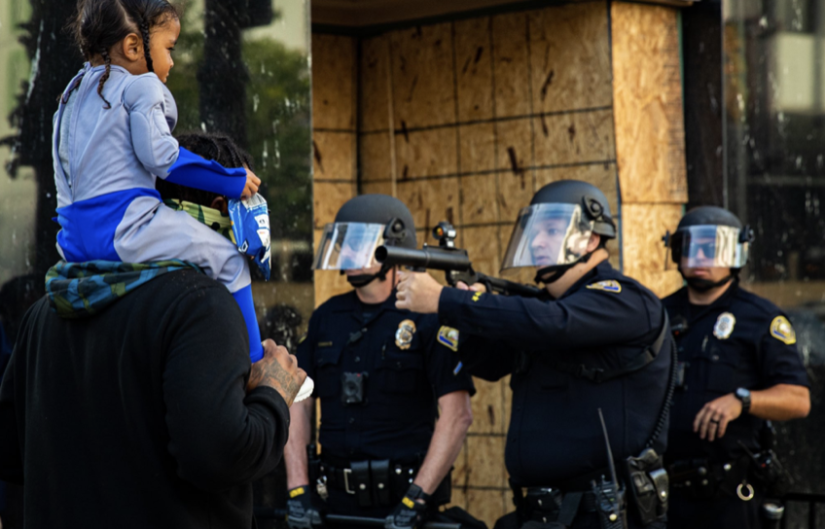 The UK’s Press-Gazette reports that a British photographer has become one of the first journalists to be arrested and charged while covering police brutality protests in America.

“Adam Gray, 33, a New York-based photojournalist for UK-based news agency SWNS, had been taking photographs at rallies in the city. He was thrown to the ground by police with several officers climbing on top of him in order to restrain him and forced him into handcuffs. Despite showing his press pass, issued to him by the US State Department at the UN Plaza, Gray was arrested and put into a police vehicle. He was charged with unlawful assembly near Union Square and spent the night in custody amongst the protestors.”

Gray said of his experience – “I’ve worked in many other countries doing work like this and never has it gone as far as this. I couldn’t believe it.” Gray has now been given a court date of 10 September 2020 for the offence described as -“guilty of unlawful assembly by four or more other persons for the purpose of engaging or preparing to engage with them in tumultuous and violent conduct likely to cause public alarm.”

The treatment of Gray was like a walk in the park on a sunny day for many journalists though.

Donald Trump was accused of inciting violence against not just journalists as reporters and photographers were attacked and arrested at protests across the US but also the wider protesting general public.

Dozens of journalists have been injured, shot at or arrested and treated very badly as they tried to do their jobs reporting on an uprising of anger against the death of George Floyd. The New York Times reports that – at least five people have died, hundreds more injured, thousands arrested – and millions of dollars of property damage occurred as protests turned violent in 140 cities across the USA.

What does the main image of this article say to any right-minded person across the world? In Britain, it means a trade deal with Donald Trump’s America is more important than literally anything.

The US Press Freedom Tracker said it was investigating more than 100 press freedom violations over a period of just three days, including journalists being shot, assaulted, arrested and having their equipment damaged. 36 journalists reported being shot at by police with projectiles such as rubber bullets.

UN secretary-general Antonio Guterres condemned these events, saying: “When journalists are attacked, societies are attacked. No democracy can function without press freedom nor can any society be fair without journalists who investigate wrongdoing and speak truth to power.”

So where is Boris Johnson? Why has he not condemned Donald Trump for inciting violence, for the outright thuggery and brutality by American police forces during the protests? In fact, where are any of the senior Tories, such as Priti Patel or Dominic Raab whose job it is to focus on the Home Office and Foreign Office?

What does the main image of this article say, where a police officer is threatening to kill an unarmed man carrying a child, to any right-minded person across the world? In Britain, it means a trade deal with Donald Trump’s America is more important than literally anything.