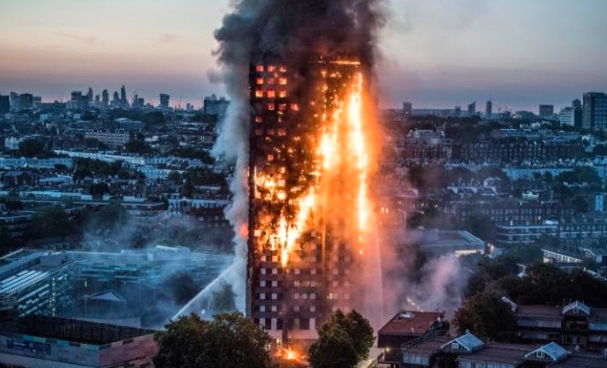 By Gracie Bradley Liberty-Human Rights:  Two months ago today, the Grenfell Tower fire claimed the lives of at least 80 people and destroyed the homes of hundreds more. Scores of families now face an agonising wait for the forensic examination of the site to conclude, as a criminal investigation progresses and the terms of an independent inquiry are set.

In the aftermath, we heard concerning reports that undocumented survivors and those with pending applications to stay in the UK were not accessing the public services they urgently needed. It was a searing indictment of our society – our NHS was no longer a safe place for people seeking care.

It took the Home Office three long weeks to publish a trap dressed up as an amnesty – a paltry 12-month reprieve from immigration enforcement. One year for traumatised undocumented survivors to rebuild their lives from scratch before facing the full force of border control again.

A hostile environment for survivors

The fire laid bare the brutality of the Government-sanctioned “hostile environment” they live with, which turns doctors, teachers, social workers and police into border guards.

This policy is the rationale behind a raft of data-sharing arrangements which see personal details like home addresses shared with immigration enforcement teams by organisations we expect to respect our privacy – like schools and hospitals.

New laws have forced landlords – under threat of a fine or even a prison sentence – to check a person’s immigration status before renting to them.

These ‘right to rent’ checks amount to state-sanctioned racism. By asking landlords to fulfil the role of immigration officers, they give cover for discriminatory decisions in an already unequal rental market.

The measure pushes undocumented families into the shadow housing market, where they have no bargaining power when asking landlords to remedy issues with unsafe or unsuitable housing.

Why fix a broken lock or clear a blocked fire escape when you know your tenants have nowhere else to go? If they make too much of a fuss, you can always call the Home Office.

The hostile environment is just one part of the web of contempt and systematic failure that preceded the Grenfell fire and came to characterise much of the immediate response to it.

The urgent needs of many survivors include adequate mental health support and permanent, suitable, local housing near family and established support networks. And – crucially – residents must have a meaningful voice in a wide-ranging independent inquiry that they trust to answer their questions.

And that should be the case for everyone every day.

In reality, undocumented people in this country – parents, colleagues, trusted friends, many of whom arrived here lawfully and have lived here for years – weigh up the risk of detention and removal every time they send their child to school, report a crime or visit the doctor.

The Government’s obsession with border control is doing untold damage to the relationships of trust that public services so carefully cultivate. It is creating a climate of unchecked discrimination against anyone who looks or sounds foreign.

We talk about human rights because that’s what they are – rights that you hold by virtue of being human, regardless of your income, your ethnicity or your immigration status.

Today the Government has undocumented people in its sights – but who knows who they might single out tomorrow?

The challenges faced by undocumented survivors of the Grenfell fire are a reflection of a hostile environment constructed in this country by successive governments.