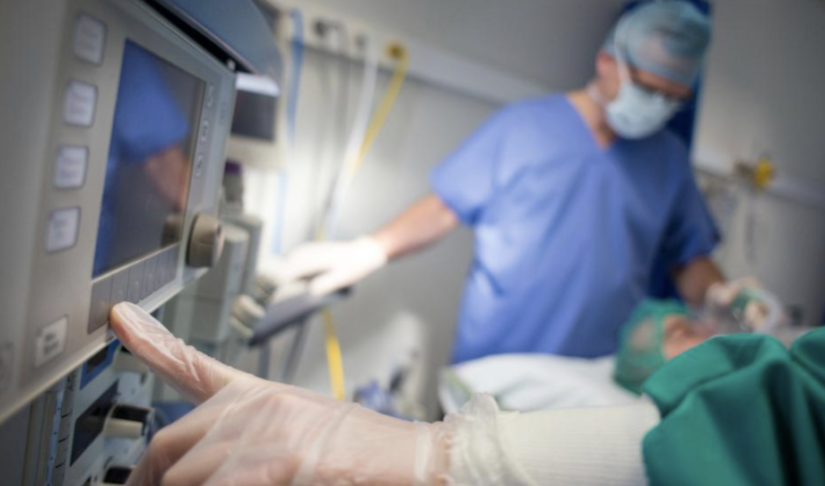 By TruePublica: The public, according to incessant government polling and monitoring of the public mood through focus groups and mass data has confirmed that the nation is quickly being ‘traumatised‘ by the UK’s experience of the pandemic.

The lies, misinformation and propaganda is not helping. Saturday’s newspaper headlines was a visible lesson is how to confuse an entire country. Teachers are now being used as a political football just as NHS front line staff were being blamed for being frightened to work in Covid wards. Scientists have been thrown under a bus to shield the government from its failings. It’s unedifying at best. Countries all around the world look at Britain and wonder what has gone wrong.

And it’s easy to see what has gone wrong. The infection rate, the ‘R’ rate, gauges and infographics, who has PPE, the outrage on both sides of tribal warfare are all silenced when looking at just one statistic. How many are dead. Yesterday, that figure reached 61,200.

Deaths are still being recorded daily. We are told by experts all over the world that the second wave could kill as many as the first. It may or may not do, we don’t know – but we do know that up and down the country, 61,200 have succumbed one way or another to the COVID-19 pandemic.

There are 195 countries in the world and Britain has the second-highest death-toll in it from Covid-19. We are behind Donald Trump’s America. It may well be over time that countries with bigger populations will overtake Britain’s deplorable performance, but right now, Covid has exposed the government for its lack of ability, management, talent, credibility or anything else.

Rishi Sunak, the Chancellor, has a good handle on what is happening in the economy. Given his age and experience in government, he is just about the only minister the public are really relying on. Anyone with a job on the line, a cherished and hard nurtured business, a mortgage, debts, rent to pay and so on look upon this man as their only lifeline – their saviour. Right now, that number is well over 10 million people and one million businesses.

But still, north of 60,000 deaths in little more than six weeks from Boris Johnson’s late declaration of lockdown is very distressing.

Chris Giles is the Economics Editor at the Financial Times. His ‘cautious estimate’ up to yesterday is literally mortifying. 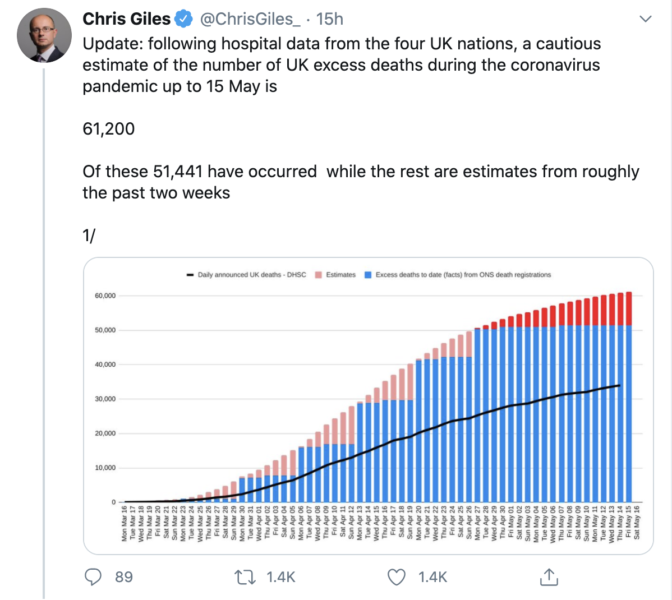