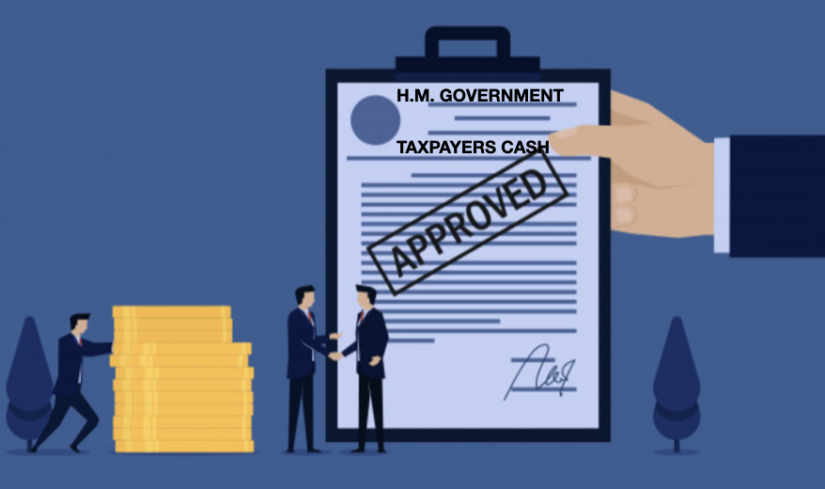 Just weeks after the government announced disgraced TalkTalk CEO Dido Harding was appointed as the head of the government’s failed testing programme, it has been forced into making excuses to protect its latest decision over its choice of who should lead Britain’s vaccine taskforce.

The Times newspaper reported that – “The head of Britain’s vaccine task force is facing calls to resign after disclosing “official sensitive” government documents to a $200-a-head conference in America last week. Kate Bingham, a venture capitalist who is married to a Conservative minister, was appointed to the role by Boris Johnson in May despite having no vaccines expertise. She reports directly to him. Last week Bingham, 55, spent an hour explaining the government’s strategy to a “premier webinar and networking event” for women in private equity hosted by a Massachusetts company. According to a video of the event, she showed financiers a detailed list of vaccines which the UK government is closely monitoring and could later invest in. Bingham said: “We haven’t necessarily signed contracts with all of them so far. But they’re all in our sights.”

Several of the vaccines are owned or funded by publicly traded companies that those attending the conference could invest in, based on her insight. It is understood that ministers did not sign off her appearance.

In response to The Times article, the government, on its website said that: The Chair of the Vaccine Taskforce, Kate Bingham, has placed the UK at the leading edge of the international effort to fight the Covid-19 pandemic through the development of clinically safe and effective vaccines. An article published this week in the Sunday Times has made a series of allegations and insinuations about Kate Bingham and her role.” “Kate Bingham is uniquely qualified for the role of Chair, having worked in the biotech and life sciences sectors for 30 years. While not specifically a vaccines expert, she is a proven drugs discovery expert with superb deal-making skills and an excellent global reputation, recently appearing alongside Bill Gates at the Gates Grand Challenge Conference.”

Of course, it is important to point out that as head of the taskforce, Bingham is responsible for billions of pounds of public investment in vaccine programmes to protect the elderly and vulnerable first, followed by the wider population.

Bingham is not an MP or civil servant and so does not fall under their transparency rules. That makes her more influential in shaping Britain’s response to the pandemic than most of the politicians around the cabinet table in Downing Street.

Bingham, who combines her job leading the vaccine taskforce with her role as managing director of SV Health Investors, a private equity firm, also said she expects all over-50s to have a vaccine available to them by Easter.

Given the governments’ disastrous handling of the pandemic and therefore the dreadful economic outcomes, it is hardly surprising they are, yet again, defending a decision that impacts the entire country.

We should not forget that Bingham is not an MP or civil servant and so does not fall under their transparency rules. That makes her more influential in shaping Britain’s response to the pandemic than most of the politicians around the cabinet table at No 10 Downing Street.

She has not resigned as a managing director of SV Health Investors (SV presumably means Silicone valley). This is an American company, based in Boston, Massachusetts, which in 2017 was reported to have $2bn in investments in biotech or medical ventures. The Department for Business, Energy and Industrial Strategy has said only that she does not work for SV “full time”.

And whilst may be technically true, the SV website says – “In May 2020 Kate was appointed Chair of the UK Vaccine Taskforce, the group set up by the Government’s Chief Scientific Adviser, Deputy Chief Medical Officer, Business Secretary and Health Secretary to lead UK efforts to find and manufacture a COVID-19 vaccine. Kate will serve as Chair until year-end 2020 when she will return to SV full time.” From this, we can assume that the story will blow over as Bingham is due to give up this role in just eight weeks time. The government does not think this is the case.

“Her career creates a potential conflict of interest. At a time when the British state is putting billions behind private companies to deliver millions of vaccines a day, might her colleagues or contacts derive any advantage from her new role?“

Bingham is not a public servant. Like Dido Harding, head of the failed Serco Test and Trace programme, Bingham spent her career in the private sector and is married to Tory MP Jesse Norman. He is the financial secretary to the Treasury who quite coincidentally attended Eton at the same time as Johnson. In another coincidence – Bingham went to private school with Johnson’s sister Rachel.

The Times rightly points out that – “Her career creates a potential conflict of interest. At a time when the British state is putting billions behind private companies to deliver millions of vaccines a day, might her colleagues or contacts derive any advantage from her new role? It is not a hypothetical question.”

The event at which she spoke on October 21, organised by the Falk Marques Group, a conference company based in Lexington, Massachusetts, was described as a means to “connect women in private equity and venture capital”. Bingham was advertised as offering a “not-to-be-missed” webinar titled ‘Inside the Race to Develop a Covid-19 Vaccine’.

Although the government has denied this is the case – Bingham is seen and heard making dozens of disclosures about the vaccine programme that have not yet been made to the public. Many were commercially sensitive, potentially allowing her audience to make investment decisions based on material that was not yet public.

Bingham also gave a long description of the expected timeline and strategy for delivering the first vaccines next year. It remains one of the most detailed and up-to-date overviews of the British programme to date.

She expected that “we will have vaccinated” all adults aged 50 or over who want to be immunised as soon as next Easter.  “This has definitely exceeded my expectations of what was possible.”

Her presentation also included a confidential slide showing that the government was scheduled to have completed its first rehearsal for deploying a vaccine yesterday.

“We are using everything from hospitals, to sports venues and airports, through to mobile, smaller vaccination units through to literally roving teams on motorbikes to go into care homes or those frail, elderly, vulnerable people who can’t get access to some of the biggest sites,” she said. “So there’s going to be some great business school case studies after this, talking about the complexity and the logistics and the IT and just the massive complexity of doing this and doing it quickly.”

However, Bingham warned her investor audience with another government-generated document that up to 40% of people might not take the vaccine and 15% of doses were likely to be wasted because of errors. Nor would there be legislation to compel people to take a vaccine.

Bingham told her audience that she did not believe the UK would achieve herd immunity and stated that officials were very worried the vaccines would not work in elderly people whose immune systems were depleted or indeed, whether immunity would last long.

She also confirmed that in that case, the government would face a “logistical nightmare”, adding that officials were considering a huge vaccination programme involving “three visits for individuals … one visit for flu and then two visits for Covid”.

With vaccines taking up to six weeks to mount a full response, no therapy was likely to “be a silver bullet”, she said.

Bingham also added value to the $200 attendees by saying that the government was “exploring options” for an antibody factory. Again, this information does not appear to have been publicly available at the time.

Last night Sir Alistair Graham, a former chairman of the committee on standards in public life, said Bingham appeared to be the latest example of “pretty shocking” recruitment practices in government.

“Members of the Conservative government are looking after their friends by putting them in big appointments without any due process,” he said, adding that Bingham was “seriously ill-advised” in giving the talk: “It must raise a question as to whether she is a suitable person to be chairing a taskforce like that.”

Jon Ashworth, the Labour health secretary, said: “There are serious questions as to why this information was shared by the UK head of the Vaccine Taskforce at an international conference where attendees paid for access. This information should be shared with the public.”